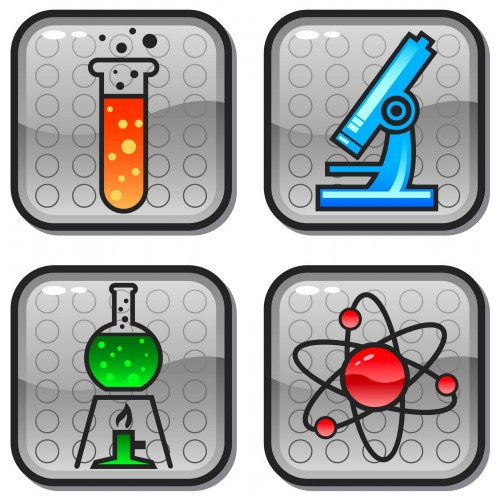 I missed the one about the boiling point of water at higher altitude. I was not aware it was different. History is my favorite subject.
Posted by Patty in Ohio, USA on 09/26/15 at 11:44 PM
Same as Patty: You scored better than 82% of the public, below 6% and the same as 12%.

What say you Phideaux? Where are they coming from with this answer? Here's the illustration again: Click Here I answered 2 they wanted 3.
Posted by Expat47 in Athens, Greece on 09/27/15 at 01:30 AM

@Expat -- Ever burn leaves with a magnifying glass when you were a kid? Just as the glass concentrates incoming light to a point, in the way you're supposed to use it, it expands the light from a point. (That question did give me pause -- I think it's a very poor illustration of the concept.)
Posted by Phideaux on 09/27/15 at 01:59 AM
The question was about a tool not a lens which is what had me going.
Posted by Expat47 in Athens, Greece on 09/27/15 at 02:59 AM
Got all 12, but what I found most interesting was the stats at the end. More people missed the water boiling question than any other, while I was thinking that it would have been the wave amplitude question or the lens effect. The stats also showed a really poor performance by the black study participants which made me wonder what kind of study population they had based the stats off of.
Posted by Miles on 09/27/15 at 05:16 AM
The way I thought about the magnifying glass was that it concentrates the light going away from the eye and expands it(and the image) going the other way. As far as amplitude, even if you are guessing amplify is making something louder so that would be the best answer.
Posted by Patty in Ohio, USA on 09/27/15 at 07:26 AM
12 of 12.

Since I have an MS in engineering and manage a group of researchers I better understand this stuff.
Posted by crc on 09/27/15 at 08:33 AM
12 of 12, but seriously, all this was taught to me in first grade.
(These days I believe it's taught in 3rd to 4th grade)

But the real meat of surveys like this isn't the questions you're scored on, but the ones they ask afterward. The whole thing's designed to links your IP to a demographic for advertising purposes, so I always screw with them.* 😊
(And for the record: No, I'm not actually an 80 year old one-legged lesbian Hopi grandmother with a degree at Vassar) 😊

*Which is why I get spam for breast AND penile enlargement pills.
Posted by Captain DaFt on 09/27/15 at 04:00 PM
I knew I liked you for a reason sweetie!
Posted by Patty in Ohio, USA on 09/27/15 at 06:15 PM
12; guess I'm still as smart as a fifth grader. You science guys would have blown me away in a more advanced test. Interesting distribution of results.
Posted by Harvey on 09/27/15 at 07:15 PM
I had heard of this test recently but never looked it up. Thanks for the link. 12 of 12, but as with others here, I use the concepts in my day to day.
@Cap'n Daft - Wow, 1st grade! You must have been in the advanced class.
Posted by GFnKS on 09/28/15 at 12:40 PM
12 for 12, glad I'm at the top in something. But being a science geek of sorts and son of a engineer/science teacher I could not help but be exposed to this stuff growing up. The magnifying glass was best for burning stuff and tormenting bugs. I wonder how the current bunch of political candidate's from both parties scored?

In dealing with some recent HS graduates I don't think its taught at all. As they said, "It's all on U-tube". I still like my manual slide ruler.

I wonder how kids are taught about science in conservative Bible/Koran/etc. based schools, is it all gods will?
Posted by Gator Guy on 09/28/15 at 07:42 PM
They have a previous one at:
http://www.pewresearch.org/quiz/science-knowledge-2013/

I'll be brave and admit I only got 10 of 12 correct. I blame common core 😉
Posted by Courtney on 09/28/15 at 08:53 PM
@Gator: I got my 1st 8 grades at a Lutheran school then onto the HS in a town that had a church, 2 taverns and a gas station on every corner. I don't feel unedumakated at all.
Posted by Expat47 in Athens, Greece on 09/29/15 at 12:51 AM
I was expecting to get at least one wrong, but I didn't.
As usual, what really amazes me is how many people got some of the questions wrong.
Let's just pick on the most educated folks, those with a post-grad degree:
Now, I can believe that 6% of anybody will get a question wrong, and a few of these are easy to get wrong if you misread the question (apparently 15% didn't read that last question carefully), or if years of standardized testing haven't trained you to look for the word "best" in the question (in the magnifying glass one, #2 and #3 both show a way a lens can work, and neither is 100% right).
Still, 19% don't know that a cell phone uses radio. Really? 16% don't know that a lightyear is a unit of distance, (the distance light will travel in a year, specifically. I guess these folks are ready to try the Kessel Run in under 9 parsecs.)
16% can't read a graph. I mean, none of the axes are labeled with anything to do with time, so any answer that includes "in recent years" is wrong.
6% don't know what fuels nuclear reactors and (some) weapons.
12% don't know that Jonas Salk developed the vaccine fr polio, of more accurately don't know that Newton, Einstein, and Marie Curie definitely didn't.


Patty: it's about air pressure. As air pressure drops, so does the boiling point of water. As I learned from the practical how-to book "Boiling Water In A Paper Cup".
This is why recipes on product packages will include "high altitude instructions" (which I asked my parents about as soon as I was reading such things), and also why a had-boiled egg cooks faster in my present home (about 10 feet above sea-level) than where I grew up (600 feet above sea-level). I flatly disbelieve that more than half of people with a post-grad degree got this wrong.


xpat: a magnifying glass is just a lens with a handle.

For the record, I did one semester in college where what I mostly did was cut classes (taking -and failing- World History 101, Linguistics 101, Drama 101, and attending English 105 3 times that semester). Most of this stuff I learned from my parents, although the lens one and how to read a graph I learned in school.
Posted by SpyOne on 09/29/15 at 04:34 AM
@SpyOne: REF Magnifying glass: Not necessarily, I've used magnifying glasses in all kinds of configurations working with photography. But the question was about a TOOL not a LENS. And, you're right the illustrations really weren't done well.

Polio? What is polio to anyone born in the last 40 years? My generation got to eat the sugar cube.