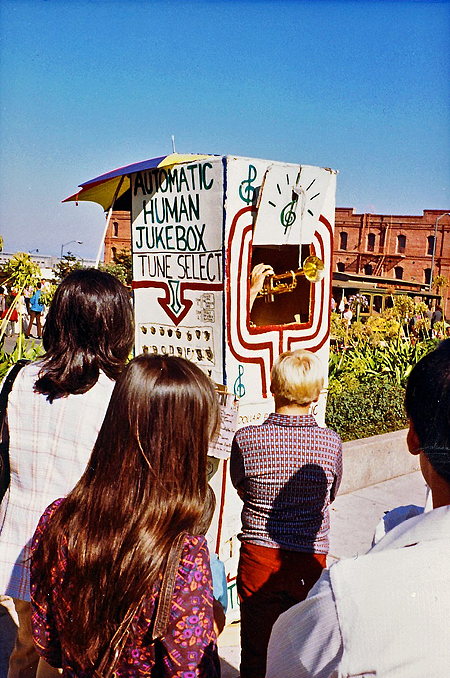 
Comments
I was there in about 1968-69 as a high school student and witnessed the "Human Jukebox" in action. When he wasn't playing, he'd close the flap on the front and wait for someone to put money in the slot and state their request. - All these years later, it's fun to see the photo and hear more of the story.
Posted by Don Griffith on 02/21/22 at 04:59 PM
He was there in '79. Hilarious when you first discovered him. Good video -- you usually couldn't see him that well, because the crowd.
Posted by Virtual in Carnate on 02/23/22 at 02:02 PM
Commenting is not available in this channel entry.