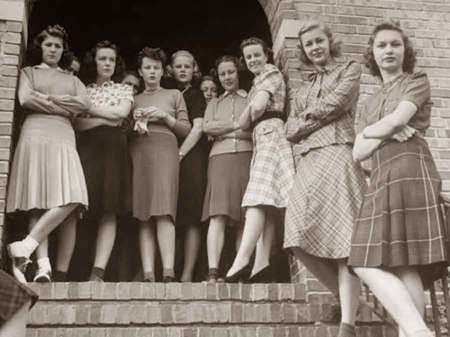 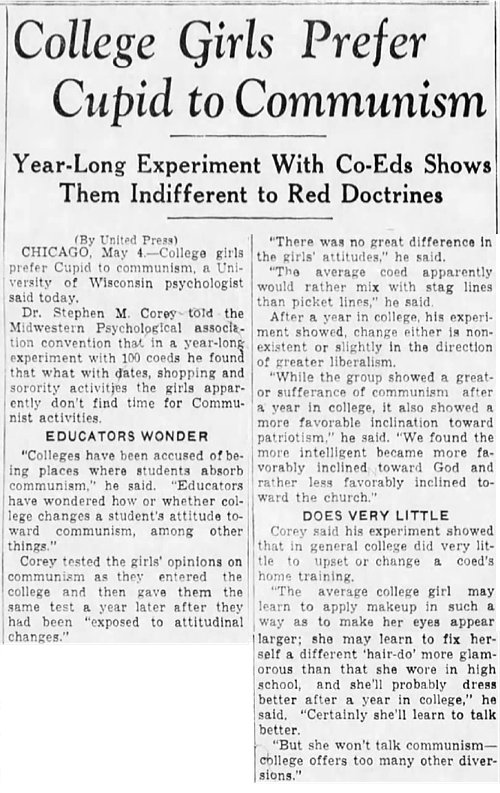 Comments
The error bars are much larger than the change in attitudes.
Posted by RobK on 03/13/17 at 10:48 AM
I wonder if the survey was repeated thirty years later? Considering the climate of the late 1960's, I wouldn't be surprised if the conclusions showed a reversal in attitudes.

Then again, remember the old saw about lies and statistics: lies, damned lies, and statistics
Posted by KDP on 03/13/17 at 11:14 AM

University of Wisconsin? He should have done more than one college. Certainly today, different colleges tend to affect their students' politics in different ways. One would suspect that if he'd done his research at a Bible college, he'd get different results.
Posted by ges on 03/13/17 at 11:56 AM
RobK: that's the crucial thing. But don't expect a journalist to understand such trivialities as proper statistics.
Posted by Richard Bos on 03/15/17 at 08:23 PM
Commenting is not available in this channel entry.