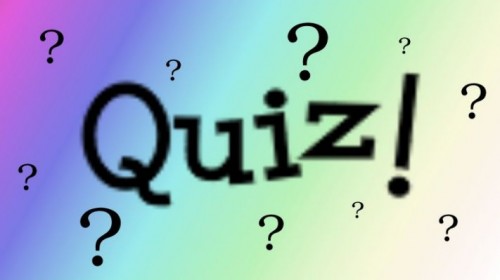 Of course, they didn't ask if I rode a 2wheeled vehicle regularly nor if I frequent pages like this to case aspersions upon those less fortunate or less intellectually advanced than I.

Just to put these things in perspective...

Years ago a buddy and I computed or dates of death based on how much we smoked. Both of us had died several years prior to our taking the test but, obviously, were being sustained by the massive amounts of nicotine that was coursing through our bodies.


Do you still smoke Expat, just curious?
Posted by Patty in Ohio, USA on 06/05/15 at 07:32 PM
Pshaw! Too young to take the test! Missed it by one year.
Oh well, according to that bacon test I took years ago, I'm already dead, so no worries!
Posted by Captain DaFt on 06/05/15 at 07:38 PM
I used to go by the old cat system, 9 lives but having used them all up by my mid 20s decided to continue doing dangerous, fun stuff, (like driving in Florida) and just not worry about the results. The adrenalin rush is the cause. As Earnest Gann said in "Fate Is The Hunter" you never know when your number will come up. My last brush was when a intoxicated migrant driver drifted into my lane, took out the car ahead of me head-on, hit a power pole broadside and forced me into a bean field to escape. It cost me a tow since Honda Civics don't do well in muddy fields. The offending driver had no insurance, license or sense since he attempted to run from the police, who in turn let Fritz the police dog loose for some live prey in the bean field.
Posted by Gator Guy on 06/05/15 at 08:31 PM
@Patty: No I quit years ago using Chantix. On day 10 I just stopped cold! The hands drove me crazy for a while but the craving was blocked or gone.
Posted by Expat47 in Athens, Greece on 06/06/15 at 01:06 AM
That's great honey! My sister tried that and had a reaction to it so she had to stop taking it unfortunately. It is a hard habit to get rid of, that's for sure.
Posted by Patty in Ohio, USA on 06/06/15 at 04:23 PM
10% chance of going in the next five years -- like a Brit who was six years older than me. This is the kind of precocity I could do without.
Posted by Harvey on 06/06/15 at 05:34 PM
But Henry, you have a 90% chance of making it 5 more years sweetie! Stick with us here on WU and I bet we can up your % with fun and laughter.
Posted by Patty in Ohio, USA on 06/06/15 at 06:09 PM
Thanks Patty.

I'm sure if the questionnaire had questions on Wuvian credentials, I would have scored 100% survival. Keep the weirdness coming!
Posted by Harvey on 06/06/15 at 08:07 PM
Perhaps Chuck and gang could ordain us all as ministers/ high priests/goddess/holy persons in the Universal Wuvian Fellowship and issue us official looking credentials. Considering the big bucks some religious leaders make in saving souls we could supplement our meager incomes to some extent. Plus the tax advantage.
Posted by Gator Guy on 06/07/15 at 02:48 PM
Oh boy! Do I get to be a WUvian Goddess?
Posted by Patty in Ohio, USA on 06/07/15 at 07:42 PM
Auditions start tomorrow.
Posted by Expat47 in Athens, Greece on 06/07/15 at 11:59 PM
Commenting is not available in this channel entry.