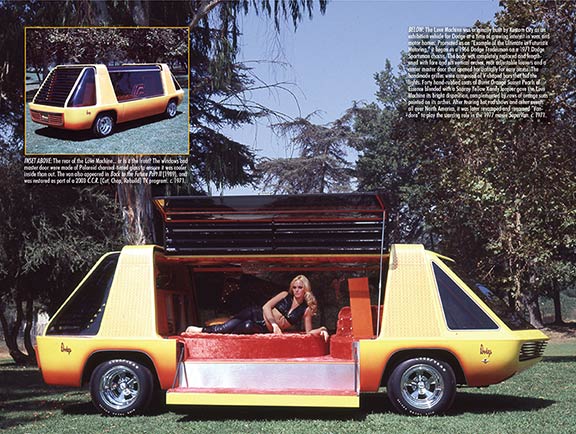 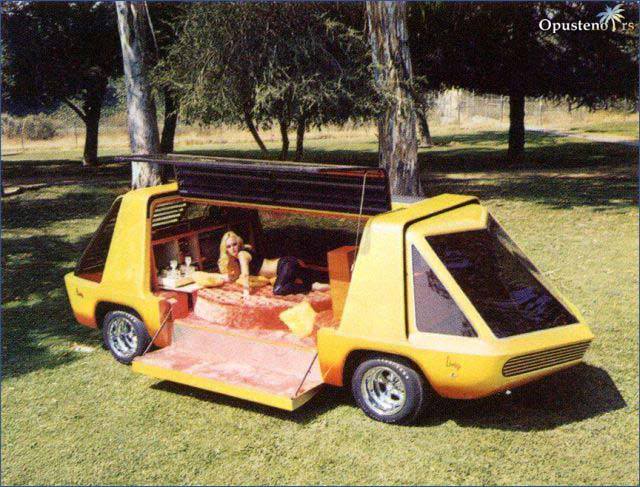 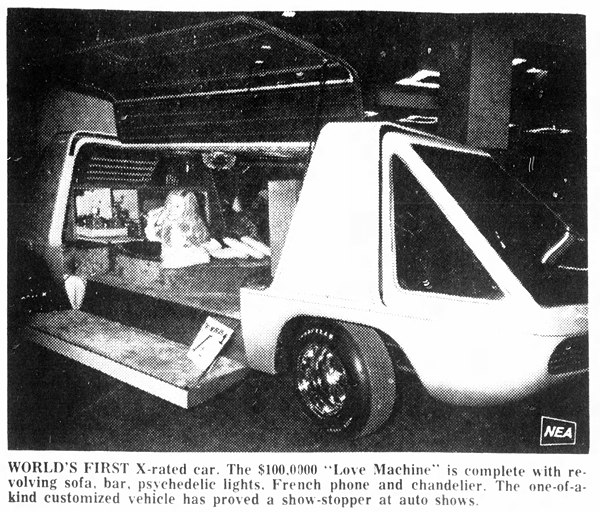 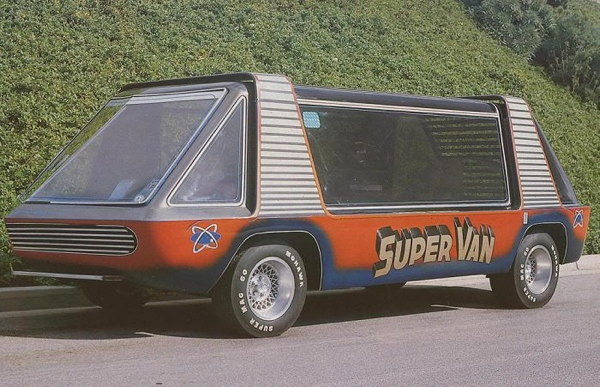 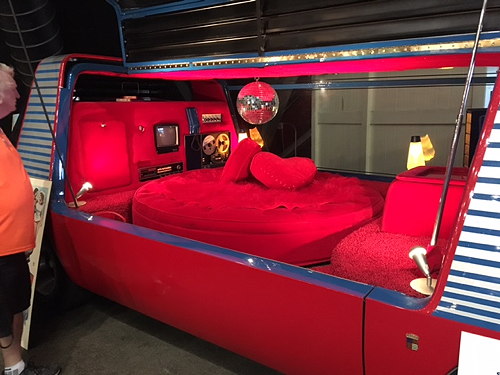 
Comments
The symbology on the SuperVan is interesting. Reminded me that Ford, and perhaps other auto companies, were planning for nuclear-powered cars in the fifties. https://en.wikipedia.org/wiki/Ford_Nucleon
Posted by RobK on 09/26/17 at 01:15 PM
Everyone knew these as "Sin Bins." Check out that reel-to-reel tape recorder inside. Since this is definitely not a recording studio on wheels, what would be the purpose? Naughty minds want to know!
Posted by KDP on 09/26/17 at 01:19 PM
RobK, another nuclear-powered concept car was the Studebaker Packard Astral. Much weirder than the the Ford.

http://forum.studebakerdriversclub.com/showthread.php?7029-Studebaker-Astral-was-this-in-the-SNM
Posted by ges on 09/26/17 at 09:10 PM

In the 70s I had a friend whose parents had one of these "nookiemobiles," though not this tricked out. One thing it did have, was side lettering that said "Mom and Pop's Playpen". My friend was real proud of his parents...
Posted by Brian on 09/26/17 at 10:10 PM
I dare say you could wear the tyres out without actually going anywhere!
Posted by Dave P. on 09/27/17 at 02:37 PM
Commenting is not available in this channel entry.