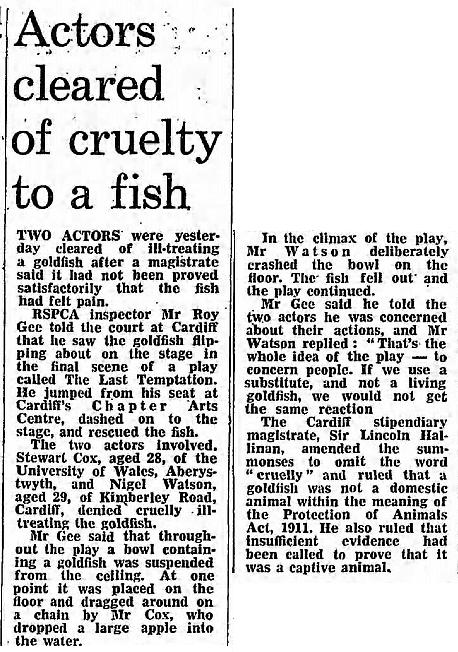 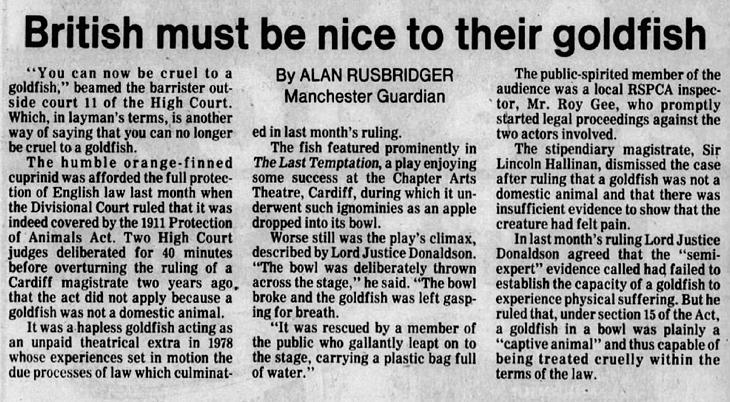 
Comments
You can boil a lobster to eat it and still not be permitted to let it die just for fun. Plus, lobsters can withstand more time outside water than fish, as anybody who purchased live lobsters to boil them could tell you. That means even though there might be no law forbidding people to let a lobster on a theater floor for half an hour, it could still be forbidden to do the same to a goldfish. Also, there are laws against the cruel killing of animals, which means you cannot slaughter a pig, a cow, or another farm animal without the proper permits and technique.
Posted by Yudith on 08/20/20 at 11:49 AM
While I find that animals can be good servants, I have no desire to serve as their subject.
Posted by KDP on 08/20/20 at 09:04 PM
This prompted me to check about Naruto, the crested macaque who took that great selfie. Alas, the human courts never gave him the copyright. According to Wikipedia, there is a documentary being made of the whole affair, so maybe we'll see him again.
The Appeals Court did suggest that PETA had sued the wrong monkey.