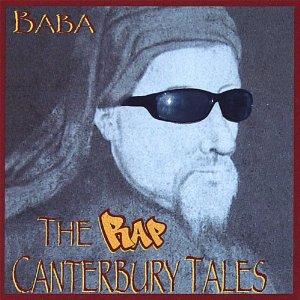 
Comments
I hope Chaucer heard that and is rolling over in his moldering grave.
Posted by Expat47 in Athens, Greece on 02/14/14 at 08:37 AM
Some of the shorter portions of the Prologue was given to us at university in the original Middle English. If you read them out loud it wasn't too hard to grasp the meaning. But it was still a struggle trying to wrap Modern English around all those funny words.

With hym ther was his sone, a yong squier,
A lovyere and a lusty bacheler,
With lokkes crulle as they were leyd in presse.
Of twenty yeer of age he was, I gesse.
Posted by KDP on 02/14/14 at 09:51 AM


We got this crap foisted upon us as Seniors in high school. I can still rattle of some of it. I hated it so much I burned it into my brain.

Whan that Aprille with his shoores soote
The drought of March hath perced to the roote
And bathed every vein in swich liquor
Of which vertu engendred is the flour
When Zephyrus eek with his sweete breeth
Inspired hath in every holt and heeth
The tendre croppes and the yonge sun
Hath in the ram his halve cours yronne
Posted by Expat47 in Athens, Greece on 02/14/14 at 09:56 AM
I prefer the MILLER'S TALE! :lol: :coolsmile:
Posted by Tyrusguy on 02/14/14 at 10:09 AM
This is heresy and philistinism! I had to cover the copy of Chaucer's works I keep by my desk to spare it from witnessing this abomination. Baba should go rap Shakespeare, and stop insulting my favourite English author.
Posted by Richard Bos on 02/15/14 at 07:57 AM
Buy the whole album???? What, and *encourage* this guy?!? It's less painful than William McGonagall, but not by much.

O-level English Lit.: "Explain what 'gentillesse' means." *twitch*
Posted by TheCannyScot in Atlanta, GA on 02/15/14 at 12:08 PM
Commenting is not available in this channel entry.