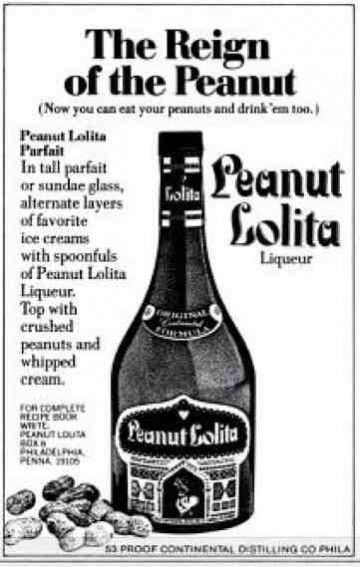 
Comments
Maybe Belgian Chocolate or Chocolate Chocolate Chip or Mayan Chocolate (if it's still available).
Posted by Expat47 in Athens, Greece on 09/23/11 at 10:46 AM
it sounds good. How about with kaluha and chocolate liquor maybe throw in a little vodka, call it a peanut butter cup. Or as described above with all kinds of chocolate ice creams like Expat said. 😛
Posted by Patty in Ohio, USA on 09/23/11 at 11:37 AM
This one could easily be the worst cocktail ever...

A guy picks up a girl at the local bar and suggest that they get drunk and have sex. She goes along with the idea and suggests that they start off with a special cocktail she learned how to make. It is mixed in the mouth of the recipient. She proceeds to pour a generous shot of Baily's Irish Cream in his mouth and he is enjoying it so far. Then she pours another generous shot in his mouth but this time it is bar lemon sour mix. This proceeds to curdle the Baily's and make it taste and feel nasty. He spits it out and asks what the hell that was and she replies "a B J revenge". :sick:
Posted by yogi in Kennesaw GA on 09/23/11 at 11:56 AM

rotflmao! Shh, tell you a secret, it ain't that bad...the Baily's doesn't curdle right away. 😜
Posted by Patty in Ohio, USA on 09/23/11 at 12:05 PM
Yeah, the Lolita thing caught my attention too. It doesn't sound like an appropriate name for anything much less an alcoholic beverage.
Posted by yogi in Kennesaw GA on 09/23/11 at 02:23 PM
Hey a friend just told me a joke that goes with the earlier part of this thread-
1000 married men were asked why they liked BJ's .. 2 percent said for the warm loving feeling, 3 percent said for pleasant foreplay, 95 percent said for the peace and quiet. :lol:

I said I would have thought a percentage of married guys would have responded with 'What's that?' lol
Posted by Patty in Ohio, USA on 09/24/11 at 11:05 AM