Linda Laurie was a 17-year-old high school student in 1958 when her first recording, "Ambrose (Part 5)", was released by Glory Records. It reached number 52 on the billboard charts.

Then there's the 'song' itself. Why is Ambrose walking her into a subway tunnel? Does he intend to kill her? We never find out. The song ends in mid-sentence. Incidentally, the voice of Ambrose ("Just keep walking") was done by Laurie herself.

Two years later, Laurie released a sequel, "Forever Ambrose," which showed a nicer side of Ambrose. Evidently he hadn't killed her in the tunnel. But this follow-up never made it onto the charts.

In 1962, Laurie released a final Ambrose song, "Return of Ambrose," which had Ambrose back in more menacing form ("keep digging"). Again, it didn't chart.

Laurie went on to have a fairly successful career as a songwriter. Her biggest hit was "Leave Me Alone (Ruby Red Dress)," which reached #3 on the charts when it was covered by Helen Reddy. 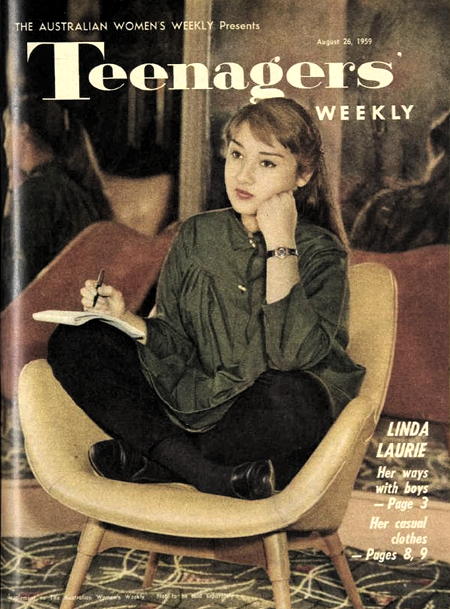