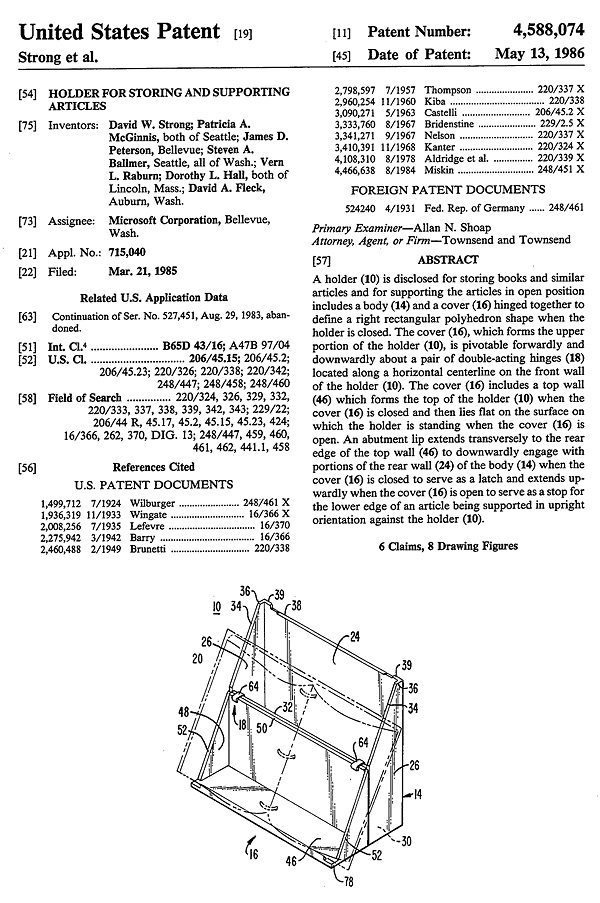 
Comments
It's strange that they didn't pursue patents. When I worked for a tech company in that era, there a push to obtain patents.
Posted by ges on 01/09/22 at 10:37 PM
I thought it was obvious why Microsoft was never interested in patents:

1) The law says a patented object must be useful. Instead of trying to convince a patent examiner that something they came up with actually serves a need, they'd rather spend their time selling it to gullible people.

2) The law says a patented object must be novel. They haven't had an original idea since . . . well, I doubt anyone there ever had one.

3) A patent application must specify exactly what it does. This implies liability if it doesn't do what they claim it will.

Copyrights and trademarks convey most of the same rights as patents without the onus of actually advancing the art.
Posted by Phideaux on 01/11/22 at 01:31 AM