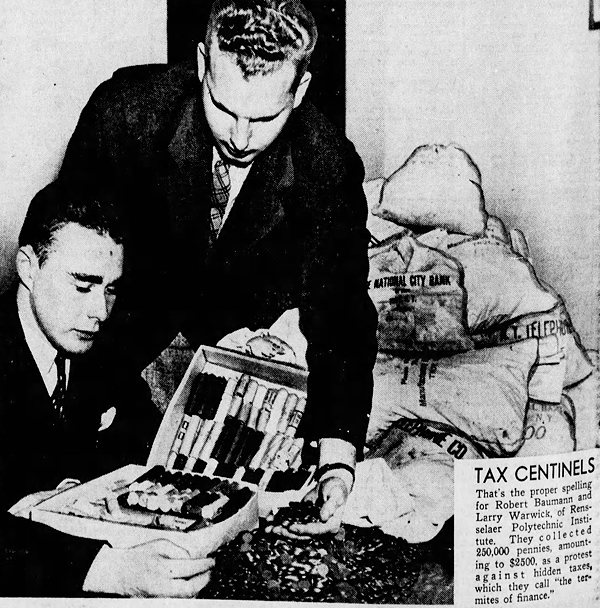 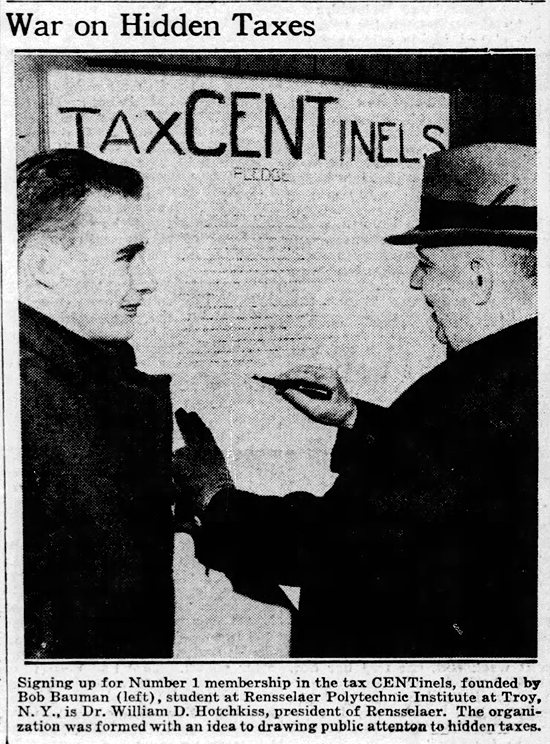 
Comments
This brings back memories of stories of the Rensselaer Drop Squad, a group which made its claim to fame by dropping various items into the stairwell of a campus building. For those of us who embrace chaos and destruction it makes for fascinating reading. They weren't caught until one of the members ratted them out.

The funniest thing is that these shenanigans would work only if the taxes are NOT hidden. Nowadays, when the smallest item costs at least five cents apiece, if taxes are included in the sales price, the good people of Troy would simply pay using nickels and dimes.
Posted by Yudith on 10/02/21 at 06:19 AM
FFS, USA, stop getting taxation wrong!

If only you'd include the VAT in the sales price, as every single civilised country does, this wouldn't have been a problem at all.