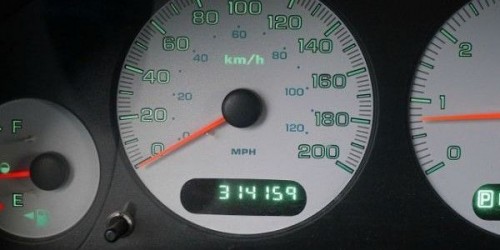 
Comments
I work in the fuel excise tax industry and have a bit of exposure to this. (I don't defend or attack this, I'm just telling you what I know...) The reasoning is that tax revenues from fuel have gone down precipitously in the last 10 years due to 1) expanded use of hybrid cars that use way less fossil fuels; 2) improved fuel efficiency of newer model gasoline-powered cars; 3) people commuting/traveling less in the wake of a prolonged recession; and 4) commercial fleets' adoption of alternative fuels such as CNG, LNG, and biofuels that are taxed under different and generally more favorable (to the tax payer) rates/rules. If the states can tax by the mile, rather than by the gallon, they can insulate their tax revenues from erosion by alternative fuels and improved fuel efficiency. It's probably valid to be concerned about having both mileage and per-gallon taxes. The intent is to replace, but I could envision the states not following through on that.
Posted by Dumeril Seven on 05/20/15 at 06:25 PM
I live here in Oregon, and while I can't fault your logic that we are likely to end up with two taxes, I do chuckle that you see it as a method of restricting mobility. The tax was mostly conceived as a way to make the legions of hybrid and electric car drivers (The Pacific Northwest tends to lean pretty left and pretty green) to pay their fair share for our neglected roads. We also just tripled our vehicle registration fees and are doing anything we can think of to try to make car owners and users rather than the general taxpayers foot the bill for the street and road repairs. Property taxes and lumber were the big sources of revenue historically, but those folks had enough money to lobby and now they aren't bringing in enough so the burden is being shifted.
Posted by Miles on 05/20/15 at 06:31 PM
Legalize pot and tax the hell out of it. No more expensive than getting caught when its illegal.
Posted by Patty in Ohio, USA on 05/20/15 at 06:52 PM
I live in Switzerland and the tax per volume consumption is quite high. I think i saw the current price around chr1.50 per liter.
The one cool thing is that we only need one license plate per user, not per car. If I had five cars, I would only pay registration on the heaviest vehicle, but I could switch tags between vehicles.
A bit of a compromise.
Posted by Billy on 05/20/15 at 07:08 PM

You know, I never really thought about the price of plates being different from state to state till BD was telling me how it is in his state. In Ohio we pay a set price for plates, in his state they pay on a sliding scale. The higher the book value of the car the more you pay. As the car depriciates the price of the plates goes down till it hits the minimum.
Posted by Patty in Ohio, USA on 05/20/15 at 07:26 PM
I've always thought gas taxes are oppressive -- if you're poor, you stuck with an old gas-guzzler you can buy cheap, and you end up paying far more in taxes than a person who can afford a fuel efficient car.

What I'd like to see is GPS tracking in every car so your taxes are not only per-mile, but what you pay gets spent on repair and maintenance on the roads you actually use (rather than the streets in front of City Councilmen's houses being perfection while there are axle-breaking potholes in front of schools). Also, part of the taxes could be based on when and where you drive -- an evening cruise down a lonely country road might cost a penny, being part of a rush-hour jam costs a dollar a foot.
Posted by Phideaux on 05/20/15 at 08:23 PM

@ patty re: "legalize pot and tax the hell out of it": Oregon just did that, too! The law goes into effect in two weeks and then we'll get to see how well it works.

@ Phideaux: GPS in every car sounds a little sketchy to me, but I can definitely agree that there is a problem with how the money gets spent. Not sure what the best option is to address it though.
Posted by Miles on 05/20/15 at 11:57 PM
How about getting rid of all these 'hidden' and 'added on' taxes and just drop down to one, single, level federal sales tax of n% and be done with it? We could also do away with Learner and her ilk in the IRS which has become so corrupt it can't even contain it's own lies any more.
Posted by Expat47 in Athens, Greece on 05/21/15 at 12:25 AM
Even if they don't get rid of the gas tax eventually inflation and higher gas prices will render the amount gained from the tax to negligible... Granted, this is taking the assumption they won't up the tax, but they haven't been able to for a long long because it's so politically unpopular which is part of why they exploring new ways to pay for roads other than the gas tax.
It's possible for them to repeal the gas tax while keeping the per mile tax if enough influential people become pissed that they are paying far more in tax for dealing with gas burning cars while electric vehicles don't have to pay that gas tax. Environmentalists would then argue that it isn't really for the highways but it is becoming more of a carbon tax. It would depend on the populous to see who would win that battle.
I do believe that a combination of both taxes would be more fair (as long as proceeds only go to road/bridge repairs) than the current system of reimbursing from the general fund of all the people so low road users have to pay for repairing the roads that they don't even use.
Posted by Fluffy Bunny Slippers on 05/21/15 at 03:02 AM
Good discussion. Then there is Florida that has all sorts of taxes and uses them for whatever they want, except what was intended.
Posted by Gator Guy on 05/21/15 at 08:30 PM
And you think that's not common practice?? Look at the cigarette tax. The gas tax hasn't gone to keeping the roads in shape. If what I heard was (even close to) correct then there is/was more money, per student, poured into Baltimore and yet, the school system is a joke. (Note that I refrained from using the word 'educational'.)
Posted by Expat47 in Athens, Greece on 05/22/15 at 12:10 AM
@patty: the tag tax is that way here, too. You pay it yearly on the presumed value of the vehicle. It starts out at about the same as one car payment, and decreases from there. They did try a one-time tag fee for a while, but I think that got stopped - I don't know why.

I, too, am in favor of a national sales tax. That way, we don't much care where you got the money to buy a flashy car, boat or house from, but Uncle Sam will get his cut. Of course, the chances of that passing Congress are slim to none, because then, they'd have to pay the same as everyone else.
Posted by TheCannyScot in Atlanta, GA on 05/23/15 at 03:41 PM
Anyone notice that the odometer is Pi?