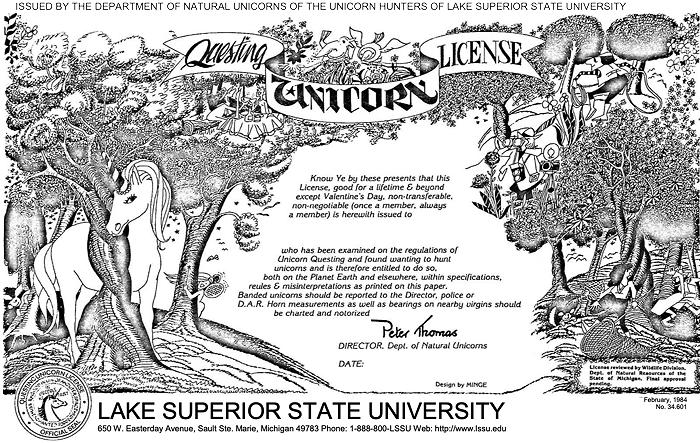 
Comments
The artwork on the license looks appropriate to the current meaning of the term.
Posted by Virtual in Carnate on 10/23/20 at 09:25 AM
I disagree with those three choices, anyway. They're all useful in the right contexts. They may be misused (though I don't see how you can use "mouthfeel" in the wrong context; over-use it a bit in a very narrow context, perhaps, but how do you use that word in building or politics?); but they all mean something specific which is still useful in its right place.

If I were to ban a word, it would be... well, to begin with I'd ban the use of "literally" in the meaning "very much not literally". It's all very well wanting to be emphatic, but this misuse has left us with no word that actually means "literally", and only that.

But really, my one main pet word hate is television interviewees' use of the word "absolutely" to mean, merely, "yes". Or sometimes even "myeah, probably". If you only need to say "yes", or "indeed", or "I agree", using a term as black-and-white, as definite, as unrelenting, as... well, absolute as "absolutely" is unnecessary divisive. It implies that whoever doesn't agree is on the wrong side of the debate, and who does is on the right side, and there is no grey area. In this time of black-and-white, hate-hates-hate politics and social media, we do not need that. We need more nuance.
Oh, and even worse than that is the BBC pundit's favourite variation: "ohabsolutely", spoken as one single word. As if disagreeing weren't even thinkable. It needs to go, for the good of humanity.
Posted by Richard Bos on 10/24/20 at 08:23 AM