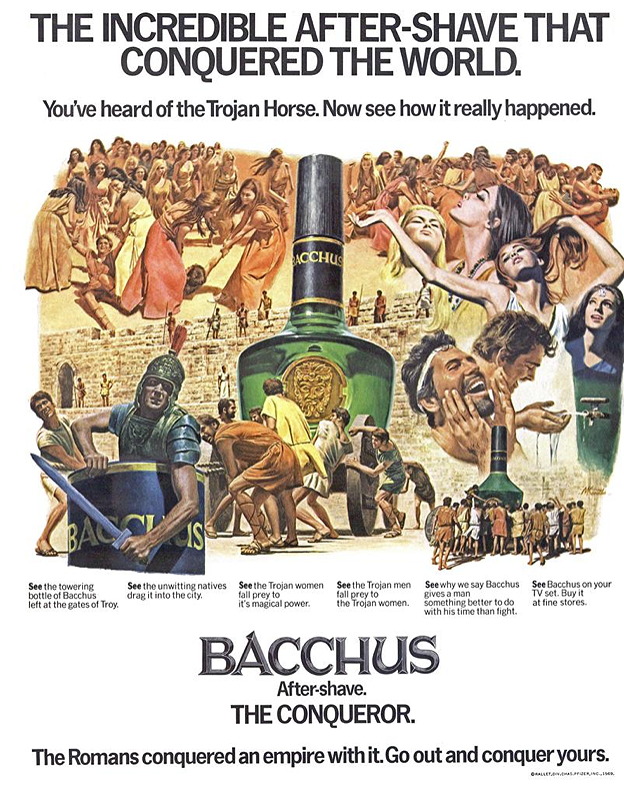 
Comments
It looks like one of those tiny bottles of spirits one would find in a hotel mini-bar or being sold by the flight attendant to take the edge off a long trip. I would guess the alcohol content is about the same as the booze.

I guess the author of the ad, after his retirement, wrote history books for the Canadian government about how England and France founded Canada together while signing Kumbaya.
Posted by Yudith on 09/16/18 at 08:57 AM
Bacchus is the Roman god copied from the Greek god Dionysus. The writers probably had to much of these gods wine.
Posted by BMN on 09/16/18 at 03:34 PM
Wine is not after-shave. The failure of the education system in the U.S. finally started to show itself with this advert.
Posted by KDP on 09/17/18 at 10:35 PM
Commenting is not available in this channel entry.