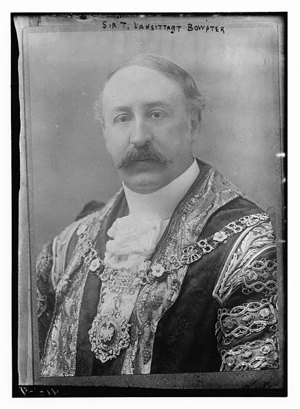 
Comments
This is cool--makes me think of Bellamy's "Looking Backward", which also predicted an amazing number of technological developments correctly.
I think the "Hidden Plague" might be Tuberculosis which was also called Consumption. Any other suggestions?
Posted by AlexM on 01/01/13 at 07:56 AM

I'm going to argue with you on the last one.... Doctors routinely "kill" patients on the operating table to replace hearts! ER docs also do some shocking things to the recently dead.

I wonder if anyone could do as well, today, predicting 2113. Have we hit a plateau? Will advancements stagnate once again as they've done time and time before or are we till on an upward surge?

AlexM, I think e would have said "consumption". How about syphilis or gonorrhea?

Expat, I agree with you. What passed for dead 100 years ago is sometimes fixable these days. Certainly, the standard test of the time, lack of a pulse, is no longer sufficient proof of death by itself - these days, we sometimes use an EEG to test for brain death.
Posted by TheCannyScot in Atlanta, GA on 01/01/13 at 10:18 AM
The "netting over the rooftops" brought to mind the open baskets in balloons and windows in blimps. If, as he imagined, these LTA craft were in popular use then it is safe to to assume that the passengers would be throwing litter out the windows, dropping all manner of objects, and even advertisement pamphlets (this happens yet today).

BTW, Scottie.... I've been suffering from brain death for years now and, yet, I can still fool the machines.
Posted by Expat47 in Athens, Greece on 01/01/13 at 10:46 AM
He's only a little off on postmarks and stamps -- give it another ten years.

I'm reasonably certain the "hidden plague" was syphilis. It was of epidemic proportions, but it couldn't be discussed in polite company, and newspapers had to coin a euphemism for it. (I used to have a list of such things, but sadly, it went missing a few decades ago.)

I wouldn't consider the 'death' prediction completely void -- people dead from drowning, freezing, heart attacks, and many other things are routinely brought back to life. The standard for bodies pulled from cold water is: "they're not dead until they're warm and dead."
Posted by Phideaux on 01/01/13 at 11:42 AM
-- What passed for dead 100 years ago is sometimes fixable these days.

So if it's judged that he got the final prediction correct, his score rises to 6 out of 9. Even more impressive!
Posted by Alex on 01/01/13 at 11:47 AM
If you consider that aeoplanes didn't carry bombs in 1913 and you make;
Netting ~ Bomb shelter
He was 100% correct on the concept.
My prediction- http://www.youtube.com/watch?v=qixf_0utDig
Posted by BMN on 01/01/13 at 02:16 PM
i'd say he was correct about postage stamps, as in delivering message to another we can pretty much use email for that, as in, we dont need postage stamps for nonverbal communication over long distances. or heck even sms messages drive the same purpose. atleast we have choices.
Posted by cotmo on 01/01/13 at 05:17 PM
Actually, I'd count him correct on the stamps too. I can't remember the last time I received anything in my mail box with a stamp on it. Its all printed bulk-rate codes.
Now that I think about it, I've still got most of the last book of stamps I bought... three years ago!
Posted by Captain DaFt on 01/01/13 at 07:25 PM
6.5 out of 9, because we're good with curing "the hidden plague" if he did mean syphilis (which I agree is by far the most likely).
Posted by JMS on 01/02/13 at 01:09 AM
i think hes close on the last two- not sure if things like septicaemia and leukaemia were well understood in 1913, and cancer isnt the death sentence it was once was-
the interesting one is the last one. the limit between life and death has shifted since 1913- people communicate while in comas, hypothermia is treatable- even in this blog theres cases of "the dead" suddenly "waking up".
Posted by robot on 01/02/13 at 05:09 PM
Commenting is not available in this channel entry.