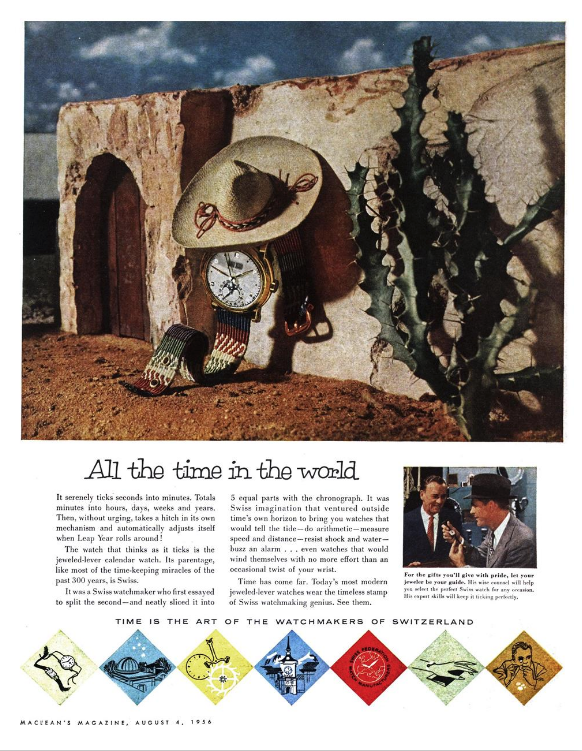 In preparation for a rebuild, I helped tear down an ASM which was a Japanese knock-off of an American B&S OG, intended for the British market. (It came to us from a closed Yugoslavia factory via an Italian machinery dealer.)

One of the 'added features' of that model was a built-in timer to show how long it took to make a part. When I took that off, I found it to be a Swiss stopwatch mounted in a handful of mismatched o-rings, controlled by spring wires, and constantly rewound by a very sad little friction wheel running off the camshaft. There's absolutely no reason in the world it should have worked longer than six minutes before the torque, hammering, and constant spray of coolant tore it apart and threw pieces all over the factory. But there it was, still ticking away after 30+ years.


I wonder how many of those Swiss watches still work? Remember the Swatch? Those always struck me as really cheap, plasticky things. A real watch should be made of metal, inside and outside.

While sorting through the junk drawer in my desk only a few years ago, I came across two spring powered watches. They had ended up there due to malfunctions and I sent them in to that major American timepiece maker whose name was imprinted on the watch face. It was a long shot and I got them back with a note that they could not be repaired. I'm down to one spring watch but that was made of Chinese parts - I'm curious to see how long it will last.
Posted by KDP on 01/20/20 at 11:59 PM
I have two Swiss watches which are probably from the 1930s/1940s and probably still work. Some of us exchanged Y2K gifts, little things that might be extremely important/valuable when civilization collapsed. One of the guys bought a job-lot of wind-up movements which had been taken out of their cases (when gold was high, the cases, melted down as scrap, were worth far more than the whole watch). He had a jeweler clean and test them (something like 21 out of 24 still worked) and put them in cheap modern plastic and aluminum cases. They're in a sealed metal tin which was pumped full of nitrogen. Been sitting like that for 20 years and two months now . . .

I also have a Waltham Model 1891 16-jewel movement in a Boston Watch Co. case (small gentleman's pocket watch). Probably manufactured in late 1901 or early 1902 (serial number is near the end of the series). Still works well. Jeweler said I should wind it at least every other month to keep it in good condition, but that simply doesn't get done. Wound it just now, and it's ticking merrily.