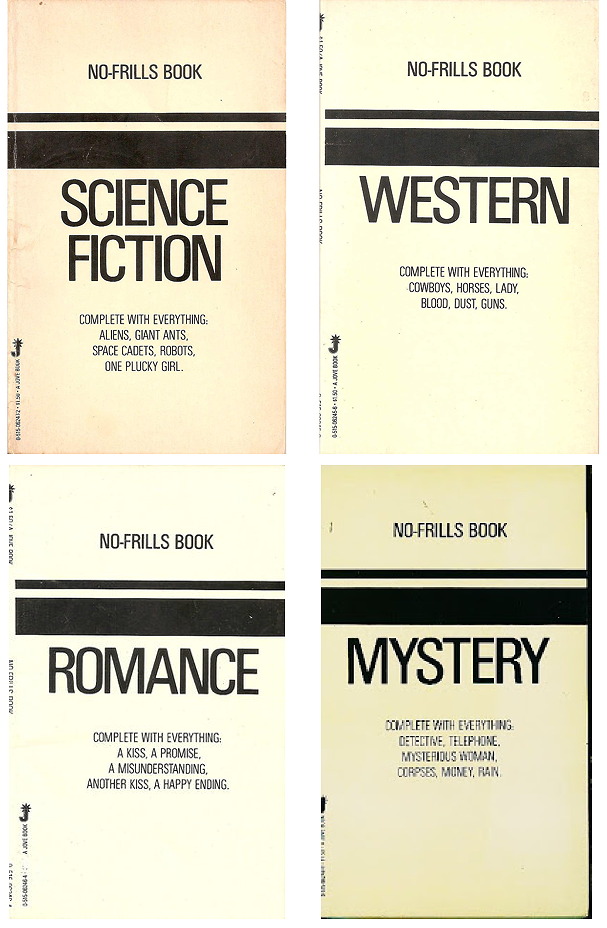 
Comments
There is a scene in the film "Repo Man" where Otto is eating dinner from a can of "Food" that has the same label design as the books pictured here. I also remember a line of products in the local Albertsons that were marketed as so generic that there was no manufacturer identifier on the can, only the distributor which was Albertsons. The only items worth the cost were durable goods like paper and plastic. I did try a few of the food products, which gave rise to me quipping about them, "Low cost equals low taste."
Posted by KDP on 06/10/19 at 05:43 PM
KDP, you remind me of a bubble tea shop in Montreal named "A beverage store". I always wondered if their dream was to appear in a TV serie.
Posted by Yudith on 06/17/19 at 11:29 AM
Commenting is not available in this channel entry.