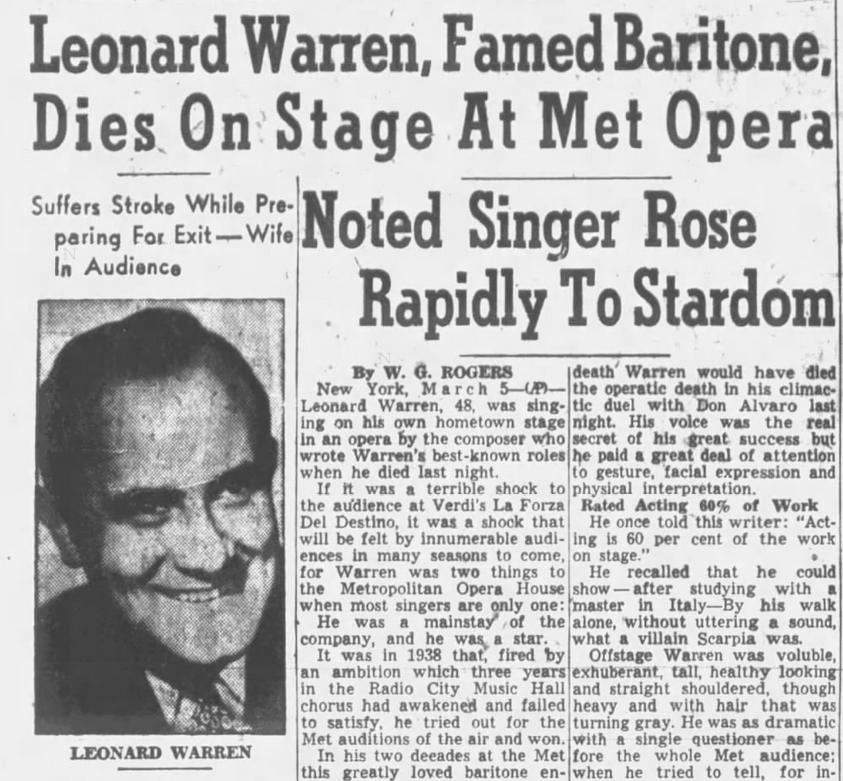 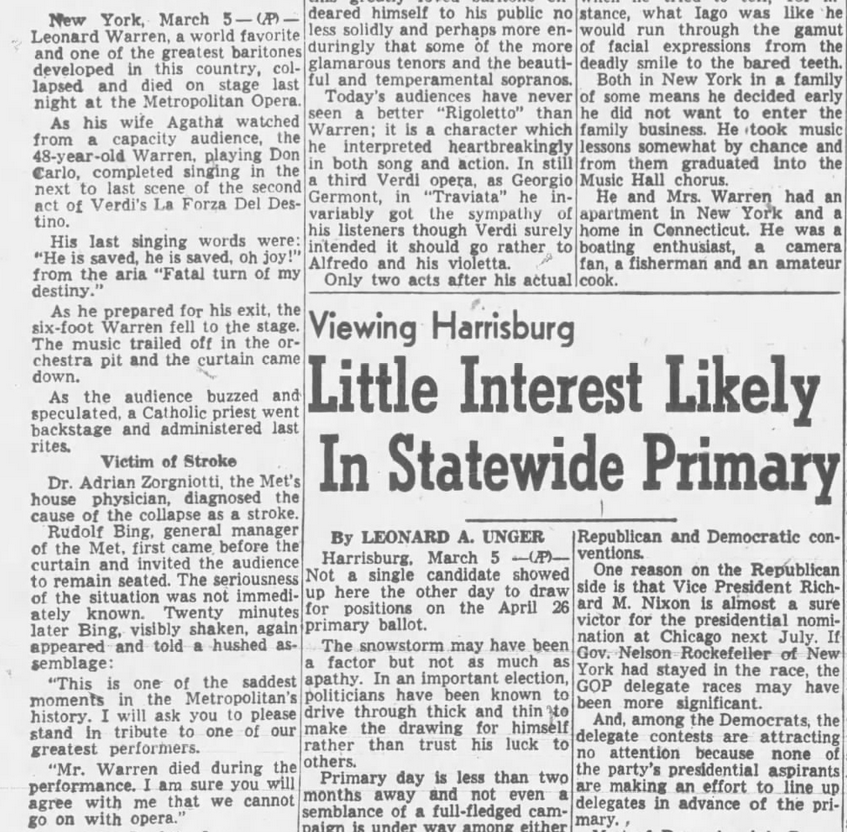 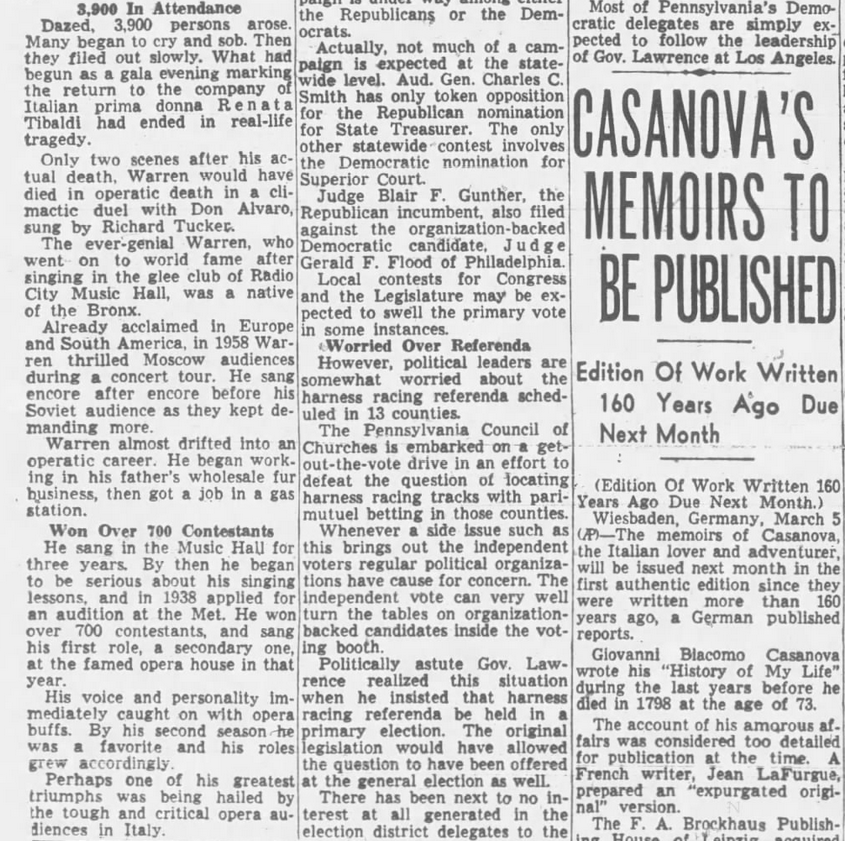 
Comments
Reminds me of the more recent on stage death of musician/actor Col. Bruce Hampton. He was being celebrated by his friends fellow musicians on the occasion of his 70th birthday at the Fox Theater in Atlanta on May 1st, 2017. During the finale of his favorite song, "Turn On Your Love Light", surrounded by a who's who of popular guitarists, members of REM, the Allman Brothers Band, the band leader for the Rolling Stones and many more, he collapsed onto the stage with his arm draped over a monitor. Because he had a history of on stage pranks, including prat falls on stage to feign his death when he was impressed with another musicians playing, everyone initially thought his collapse was another of his pranks. The assembled band on stage continued to play for several minutes before realizing it was not a prank. He was declared dead after being rushed to a hospital.
Posted by Michael L West on 12/05/21 at 10:15 AM
Well, even back in 1960, Bing couldn't be trusted to report accurately.
Posted by mjbird on 12/06/21 at 12:40 PM
Not the first and not the last. Famously, Moliere almost died while playing, ironically, La Malade Imaginaire, and did in fact die a few minutes after getting off-stage. Possibly even more famously (at least in England), Tommy Cooper died on stage, while the audience thought it was part of his act.