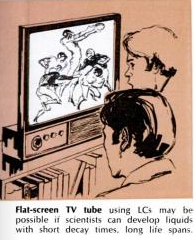 To make things easier I had to scale everything down. Just click on the pictures if you want to read the whole article and you will be taken to the Google Books page. 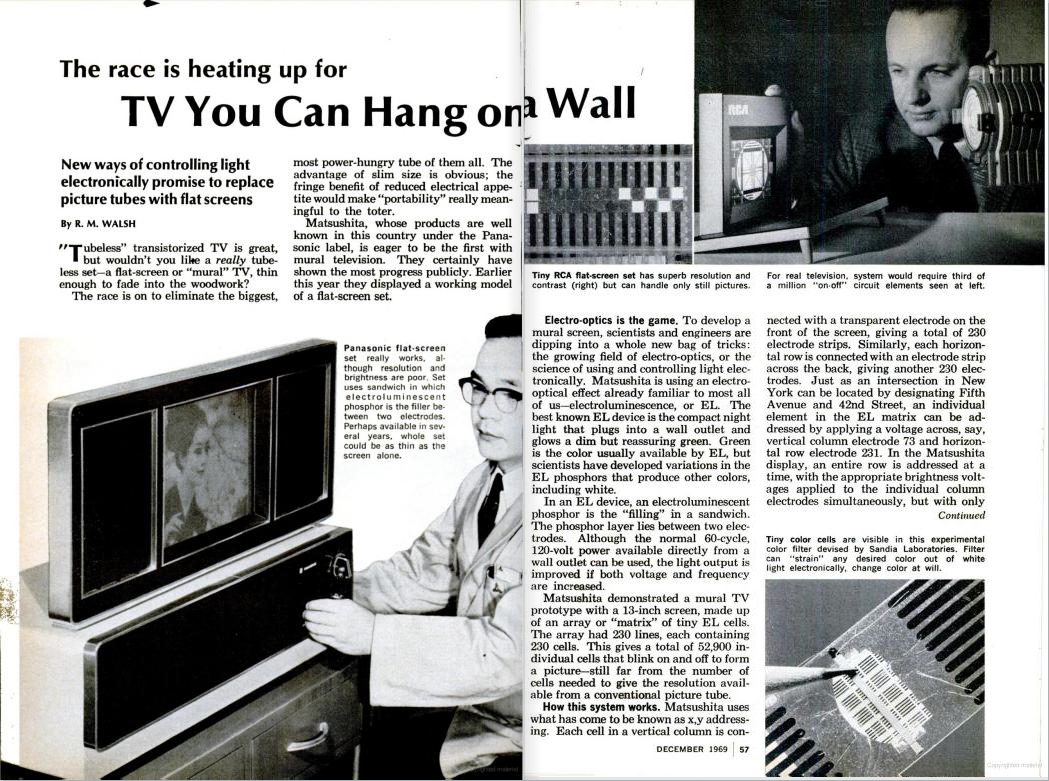 From the December 1969 issue of Popular Science. 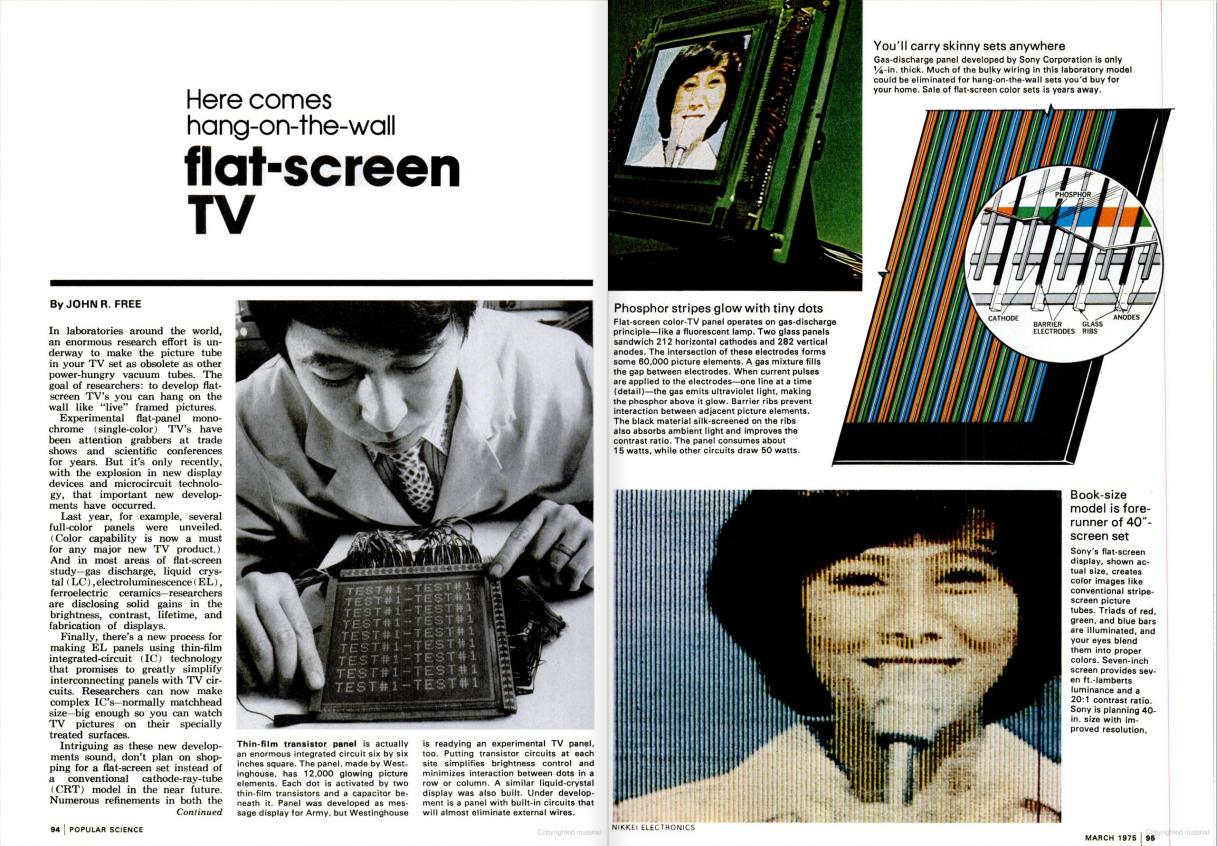 From the March 1975 issue of Popular Science. 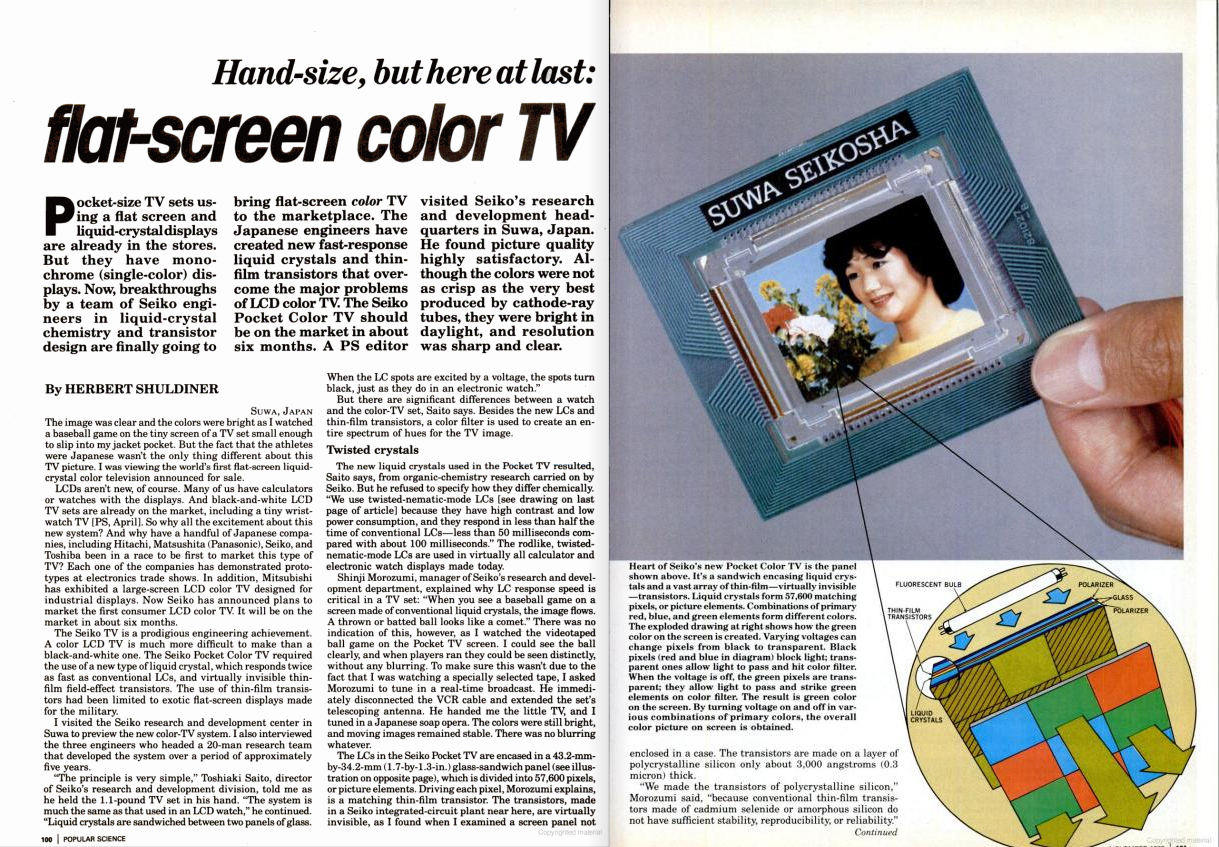 From the November 1983 issue of Popular Science. 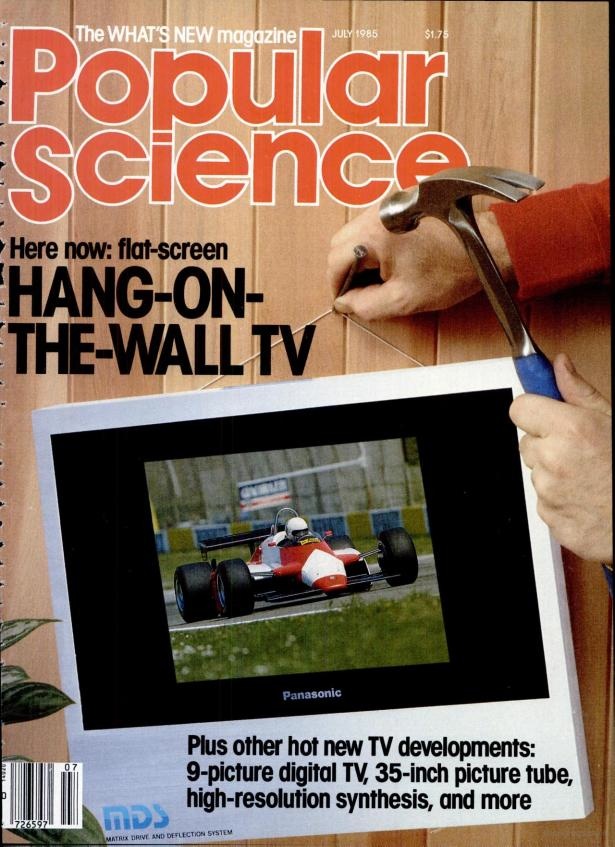 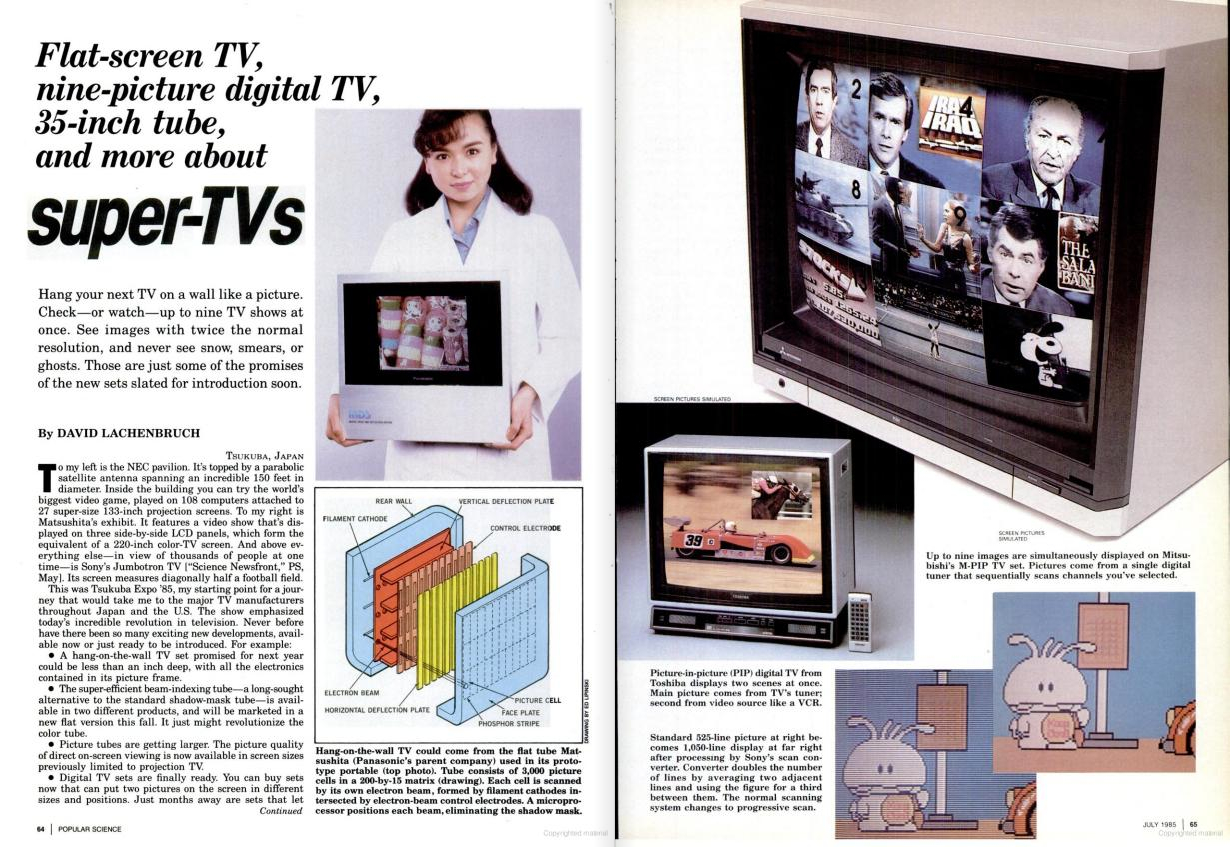 From the July 1985 issue of Popular Science.

Also, while most of these were just barely working prototypes or concepts, the final example is more advanced than you may think. If it isn't entirely clear, that isn't an LCD TV like the rest of them, it is actually a completely flat picture tube. I'm still somewhat confused about the details, but I think it is equivalent to a large number of short and wide picture tubes stacked on top of each other, in order to eliminate the protruding electron gun. Although flat screen TVs are very popular right now, they still can't approach CRT TVs in some areas. Therefore, one of the technologies currently being developed to replace the LCD TV, the Surface-conduction electron-emitter display (SED), actually consists of millions of tiny picture tubes making up the pixels on the screen. It can offer the picture quality, contrast ratio, viewing angles, and response times of a CRT TV while at the same time offering the high resolutions, unlimited screen size, and lightness of a flat screen TV. So even though it may seem like some of these abandoned technologies led nowhere, sometimes they were just ahead of their time.
Posted by Salamander Sam in Chicago on 10/31/09 at 09:25 PM