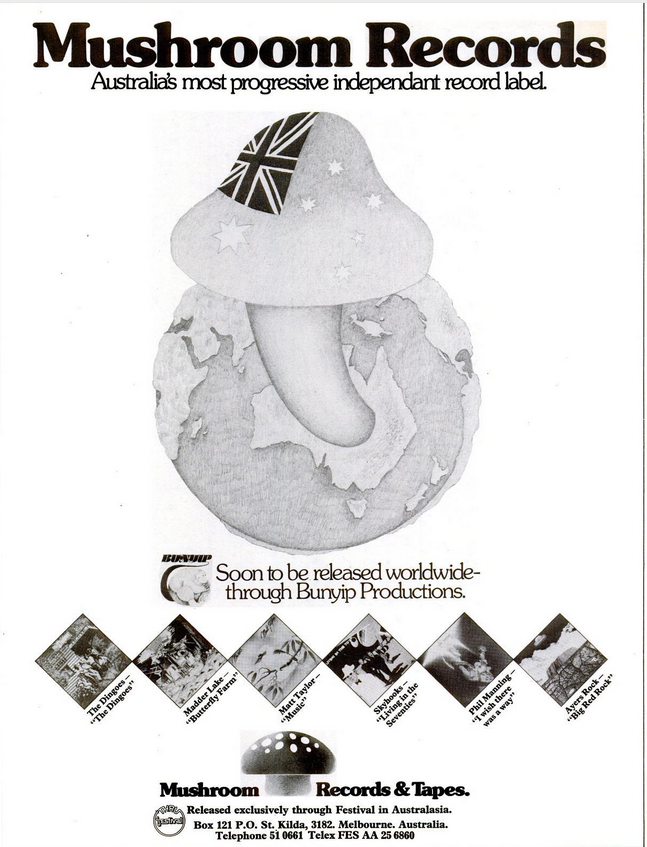 Comments
You're showing your age, Paul. In rock music culture Mushroom Records is better known not so much for their corporate symbol, but for introducing to the world two sisters in a local band from Vancouver with an album titled "Dreamboat Annie." The rest is history.
Posted by KDP on 02/20/17 at 08:57 AM
A funny one on the page before, too: "Queensland is bigger than Texas, and we've got it two thirds covered". Yeah, and by that map, they're the two-thirds where nobody lives except the bloody emus, you banana-bending shyster!
Posted by Richard Bos on 02/22/17 at 09:54 AM
Oh, by the way, KDP: apparently a different company. The Ozzie one is still around as Mushroom Group.
Posted by Richard Bos on 02/22/17 at 09:58 AM
Well how about that? Something new to learn. Thanks, Richard.
Posted by KDP on 02/22/17 at 11:47 AM