The top picture is a recreation of the bottom one. The work, by Edvard Munch, is called The Scream and is worth 50 million pounds (UK). The top rendition is by artist Mark Langan his medium is cardboard. It took Langan 30 sq. ft. of the stuff and 90 hours to complete the project. 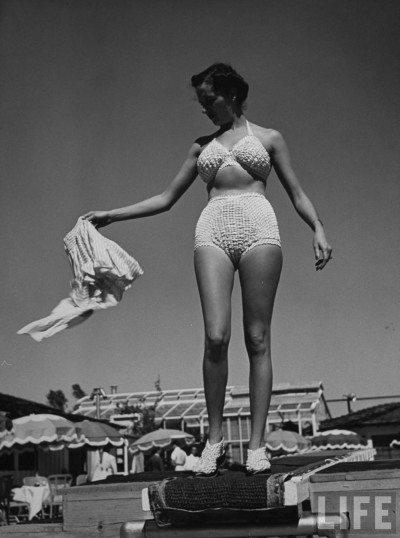 I never thought I'd see a two-piece bathing suit I didn't like.

I think it's the little booties that add the final burst of disgust.

Who Did YOU Take To Prom?

Conner Cordova may not be the luckiest 18 year old senior in the world, but he must be close. He contacted 24 year old Arianny Celeste on you tube with an invitation to attend prom with him and she accepted. Ms. Celeste, in addition to being Cordova's crush, is an Ultimate Fighting Championship ring girl and a Maxim model. On the other hand, after this there's nowhere for the kid to go but down hill. 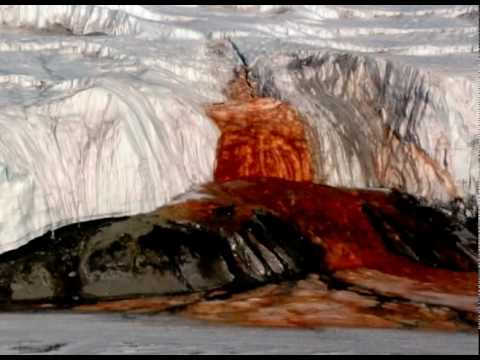 A frozen ecosystem time capsule is how the Blood Falls is described. Two Thousand years in a dark, frigid, non-oxygenated environment allowed the microbes contained there to evolve separately from the rest of the earth. The sealed environment is still undisturbed, the fissure in the glacier only allows out flow not in flow.

First-person trip to "the bughouse," interspersed by comments of all-wise narrator. Now, with more electroshock!

Woo-wee! Investigations are starting to pay off on those breathtaking episodes of theft of freshly-minuted $100 bills that Americans looted from their own government in the weeks after the 2003 invasion of Iraq! Was there anyone at all involved in Coalition Provisional Authority contracts who took only what the official paperwork said he took? New York Times

ITT Technical, Le Cordon Bleu, University of Phoenix—examples of trade schools that are catching a major tailwind, generated by (1) the bad economy, creating people so desperate that they take on massive loans for dubious classes; (2) the government's need to put "stimulus" money out, in the form of more Pell grants; (3) lax oversight standards, in that only recently have trade schools become more popular for loans than the much more transparent colleges and universities; and (4) the short-term greed of the schools, figuring that they better milk the government for as much as they can before Congress and the Administration notice. Actually, it looks like they've still got plenty of milking time left. New York Times via MSNBC

Heckuva Job, Fellas: They didn't get millions like the bankers did, but the federal regulators overseeing bankers did get bonuses. After all, it took skill to ignore so much mumbo-jumbo in the economy. The Associated Press reported that the bureaucrats only got "thousands" of dollars each, totaling at least $19 million over the four years 2003-2006. But all of the regulators blew it; no one "regulated"; why are there bonuses? The answer, said agency spokespersons, is that those people "worked hard." Associated Press via Philadelphia Inquirer

The U.S. Senate managed to pass a bipartisan bill to align the federal criminal penalties for possession of cocaine (crack and powder). A 20-year-old law set the penalties for crack at approximately 100 times those for powder, allegedly owing to you-know-who's preference for crack versus you-know-who's preference for powder. The more logical, rational Senate majority now believes that possessing crack is only about 18 times worse than possessing powder. Chemists' heads are about to explode. National Public Radio

'Give me strength' is what the naked man was saying when he stopped traffic and tried to lift a taxi. The incident took place in Eastern China last Friday. While the usual crowd of on lookers looked on, police and medical personnel tried to take him into custody. The man hid underneath a police van but was finally apprehended. A very funny but NSFW picture is at the link.

Don’t Pull Over a Cop

If you are going to dress up, decorate your car and pull people over for jollies, try not to pull over off-duty police officers. This guy also pulled over another state official for using the car pool lane. 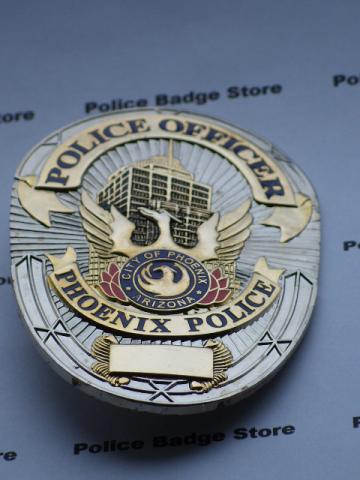 Any suggestions of who you would like to pull over?

Steering Impressionables to Sadism, Plus Thy God/My Landlord, One Cheer for North Korea, and the Half-Ton Woman

People Basically Still Do What They're Told
Results of the psychologist Stanley Milgram's famous 1961 experiments (convincing subjects to apply up-to-severe pain to others based only on an arbitrary "authority figure"'s telling them to, even if it bothered them to torture people) still seem to apply. A French documentary on a fake "reality TV" show ("The Game of Death") ordered contestants to apply increasing, near-lethal pain to others. Between the enthusiastic-babe of a hostess and the roaring, goading audience, the torturers earnestly did their duty. Good thing it was all faked, or The Hague's Court would be all over 'em. BBC News /// Milgram's experiment (Wikipedia.org)

Return of the Freeman Mentality in Montana
Super-libertarian types' latest too-clever-for-the-room strategy has some who are on the verge of real-estate foreclosure in essence foreclosing on themselves by re-mortgaging the property to God, who is apparently easier to deal with than the old lender (e.g., willing to post-date the mortgage to the year 6012). Presumably, they're hoping to stay on the land while the old lender and the new one fight it out. They have some other ideas, too, if you don't like that one, and there's always the old standby, of drawing up their own monetary documents, which they see no reason for the bank not to honor. Yet another possibility: They're just all nuts. The Missoulian

The Superiority of North Korean Society
For one thing, no annoying cell phone conversations in public. For another, a senior official in charge of monetary policy was executed by firing squad for screwing up the economy. (In the U.S., we give those people bonuses.) (The late Pak Nan-gi had arranged for the recent serious devaluation of the won, which overnight made 100 of them worth 1 of them.) The Guardian (London)

People With Too-Desperate a Need for Closure
About 90% of Pet Dignity's business, the owner told USA Today, simply involved respectful disposal, but 10% comes from full-scale funerals honoring the deceased "family member" (mostly dogs, cats, and birds) Casket plus viewing plus burial plus headstone runs from $500 to $3,000, including a chaplain, special chapels accommodating 100 or so mourners, and cemeteries with a gazebo, among other things. USA Today

The portrait above is called Reclining Nude but I didn't feel it appeared as such enough to worry about putting it on the front page. It should give you an idea of what the M.O.B. is about. Who said, "I don't know art, but i know what I like."?