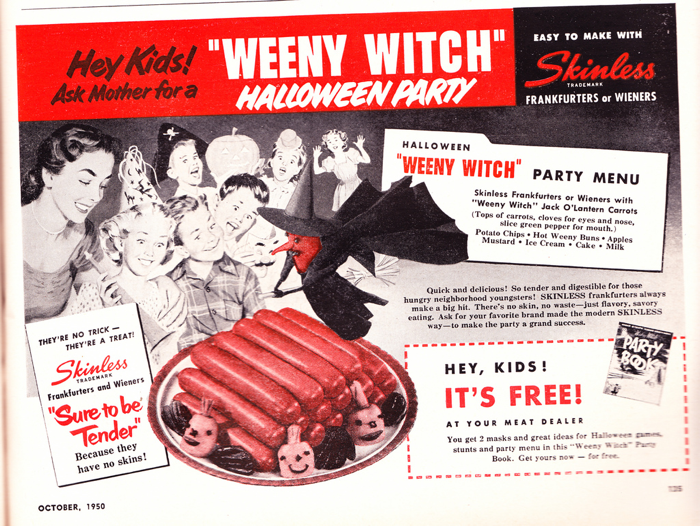 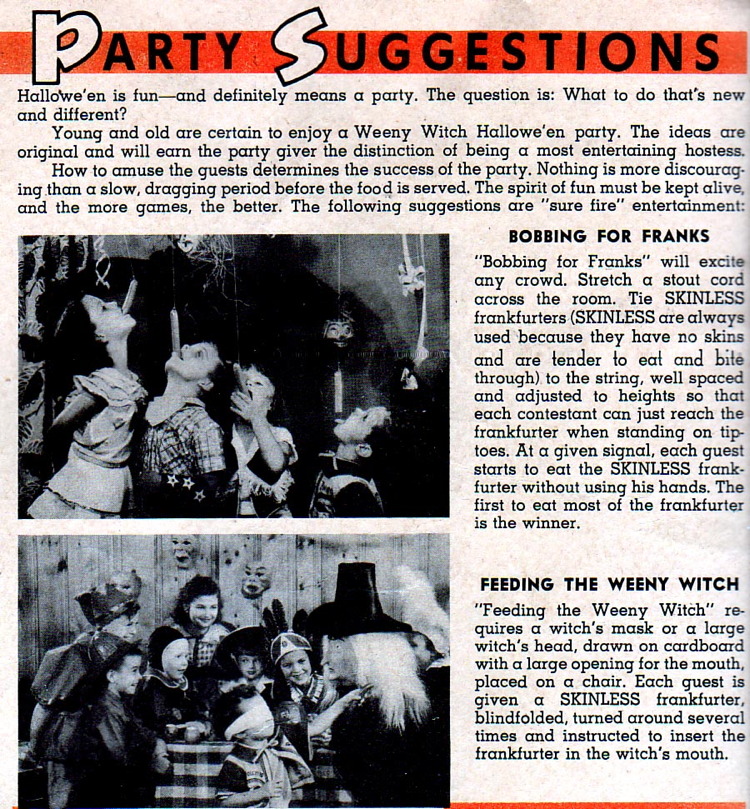 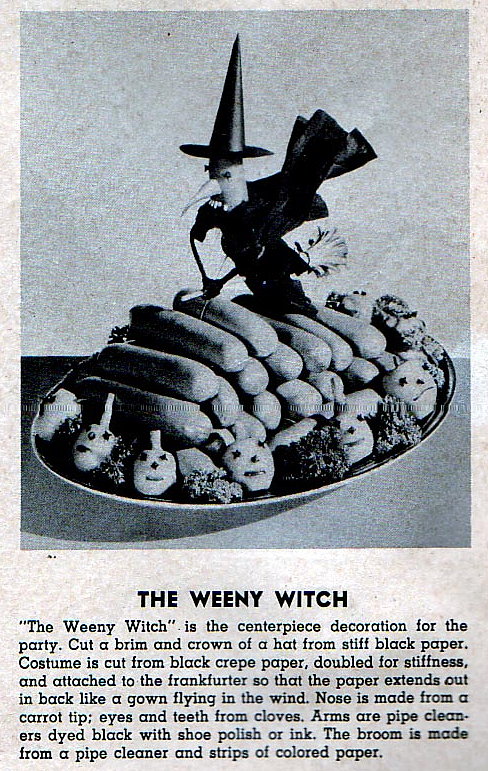 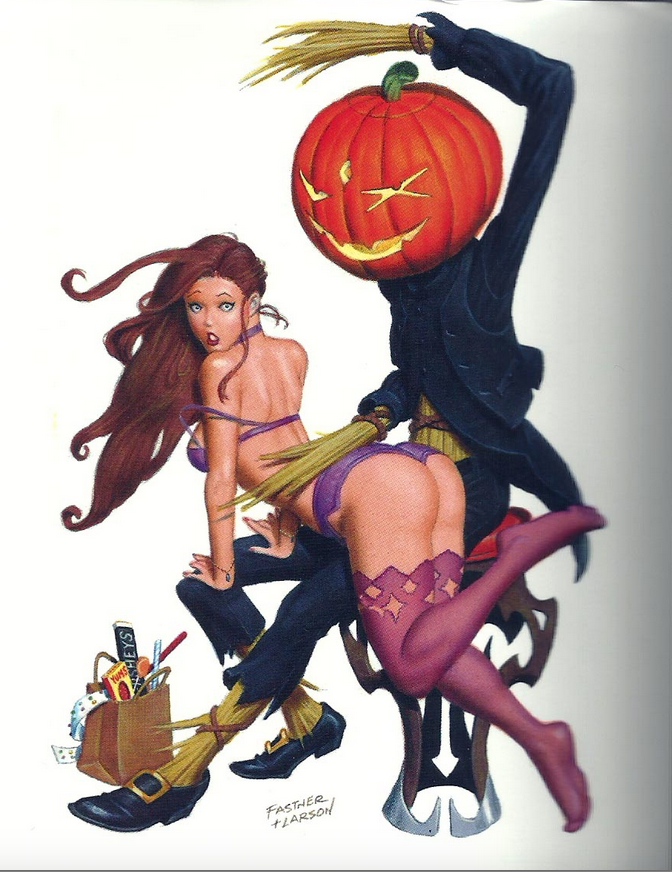 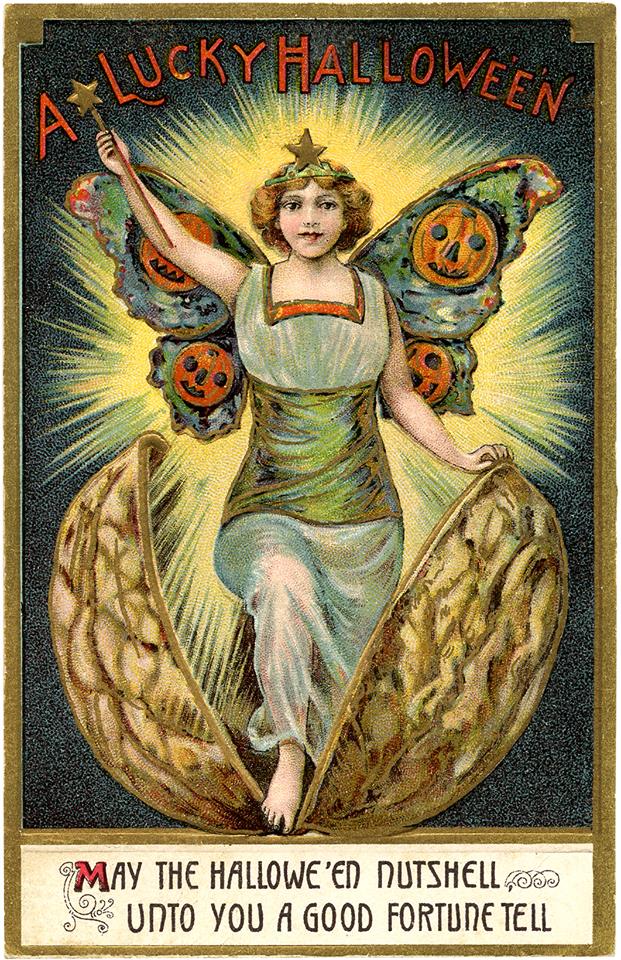 Religion Adapts to Technology: A network of freelance Buddhist priests in Japan last year began offering in-home, a la carte services (for those adherents who shun temples) through Amazon in Japan, quoting fixed fees, bypassing the usual awkward deliberation over "donations." And in September, Pastor David Taylor of Joshua Media Ministries International (St. Louis, Mo.) announced, to great fanfare, that he had "resurrected" a diabetic woman, 40 minutes after her death, by sending the lady a text message--through Facebook (though, of course, neither she nor any family member was available for interview). [New York Times, 9-23-2016] [Christian Post, 8-29-2016]

(1) As a dispute escalated between two brothers at their recycling plant in Bow, N.H., in October, Peter Emanuel used his front-end loader to tip over the crane being operated by Stanley Emanuel (who managed to jump out just in time). Peter was arrested. (2) Thousands flocked to the annual Roadkill Cooking Festival in Marlinton, W.Va., in September, featuring an array of "tasting" dishes (e.g., black bear, possum, elk, snapping turtle) with a competition in which judges deducted points if the "chef" had not managed to remove all gravel or asphalt. [New Hampshire Union Leader, 10-6-2016] [BBC News, 10-3-2016]

Luckily, thought Jamie Richardson of Whitehorse, Yukon, she had medical insurance for her 7-year-old Akita, who had torn a ligament in a hind leg, but it turned out that the policy, written by Canada's largest pet insurer Petsecure, did not cover dog injuries from "jumping, running, slipping, tripping, or playing"--that is, Richardson concluded, injuries caused by "being a dog." (After Richardson protested, Petsecure relented but, it said, only because Richardson had been a longtime customer.) [Canadian Broadcasting Corp. News, 10-3-2016]

The Way The World Works: Who is the most at fault when (a) a mother provides beer to her underage son, (b) who then, with a pal, gulps down a bottle of vodka and steals a car from a dealer's lot, and (c) drunkenly crashes, leaving the pal with a catastrophic brain injury? In October, the Ontario Court of Appeal upheld a jury verdict that parceled out "fault" but assigned more to the victim of that 2006 car theft (Rankin Garage of Paisley, Ontario) than to the mother or the driver (because Rankin's having left the key in the car overnight made it irresistible to "teenage car thieves"). [Toronto Sun, 10-13-2016]

Charles Foster, recent recipient of the "Ig Nobel" prize in Biology (and a fellow at Oxford University) has recently lived as a badger (inside a hole in Wales), an otter playing in rivers, and an "urban fox" rummaging through garbage bins in London, in addition to a red deer and ("ridiculously," he admits) a migratory bird mapping treetop air currents--all in order to authentically experience those creatures' lives apart from their physical appearance, which is generally all that humans know. "We have five glorious senses," he told the Ig Nobel audience, and thus need to "escape the tyranny" of the visual. "Drop onto all fours," he recommended. "Sniff the ground. Lick a leaf." [The Conversation via Slate.com, 10-3-2016]

Awesome Numbers in the News

(1) Charles Diggs, facing child pornography charges, was found with supposedly a record haul for New Jersey--325,000 child-porn images and files at his Roselle, N.J., home in October. (2) The Justice Department revealed in an October court filing that former National Security Agency contractor Harold Martin III, 51, had stolen at least 500,000,000 pages of "sensitive government files," bit by bit over two decades. (Bonus Questions: How does no one notice, for years, and anyway, how many total pages of "sensitive government files" are there?) [WPVI-TV (Philadelphia), 10-15-2016] [Wall Street Journal, 10-20-2016]

In October (as in supposedly every previous October since the 13th century), some British official arrived at the Royal Courts of Justice in London and paid rent to the Queen for use of two properties--for the sum of "a knife, an axe, six oversized horseshoes, and 61 nails," according to reporting by Atlas Obscura. "No one knows exactly where these two pieces of land are," the website reported, but one is in Shropshire County, and the other near the Royal Courts. [Atlas Obscura, 10-17-2016]

New York City sculptor Bryan Zanisnik, operating on a grant from an emerging-artist program of Socrates Sculpture Park in the Astoria neighborhood in Queens, recently created a 10-piece "garden" of concrete Christopher Walken heads to honor the actor, who grew up in Astoria. Said Zanisnik, "Perhaps the project suggests that Walken's DNA was imbued into the soil of Astoria, and now Walken mushrooms are growing everywhere." [New York Post, 10-8-2016]

"To be honest," wrote New York Times art critic Holland Cotter in his lead sentence on October 7th, "I wonder what a lot of people see in abstract painting." Then, nevertheless, Cotter began praising the current Guggenheim Museum collection by abstract artist Agnes Martin, highlighted by her "Untitled #5," which consists of a pinkish horizontal space, on top of a yellowish horizontal space, on top of a bluish horizontal space, exactly repeated underneath except that pinkish and bluish spaces are shortened by the edges of the canvas, but not the yellowish space. Asked Cotter, "How do you approach an art empty of . . . evident narratives" "and make it your own?" His unrestrained 1,600-word rave did not quite answer that, except to quote Martin's suggestion that the visitor just "sit and look." [New York Times, 10-7-2016]

A recent Better Business Bureau study in Canada found that, contrary to popular belief, it is the "millennial" generation and those aged 25-55, rather than seniors, who are more likely now to fall victim to scammers, fueled by users' lax skepticism about new technology. If accurate, the study would account for how a Virginia Tech student in September fell for a telephone call from "IRS" threatening her over "back taxes." She complied with instructions from the "agent" to send $1,762 in four iTunes gift cards. [Canadian Broadcasting Corp. News, 10-20-2016] [Detroit Free Press via USA Today, 9-25-2016]

Most old-time liquor restrictions have fallen in America, but Utah continues to hold out. The new Eccles Theater in downtown Salt Lake City, opened in October, has an elegant lobby with several floors of balconies overlooking it, but its liquor license was delayed briefly when it realized that visitors on the upper floors could peer down at the lobby and witness beer and wine actually being poured from beer and wine bottles--a violation of state law, which allows serving only in ordinary glassware. (At lobby level, there was a "Zion Curtain" to shield drink preparation, but the theater realized it would also need a "Zion Ceiling.") [KSTU-TV (Salt Lake City), 9-27-2016]

True "Florida": (1) In October, sheriff's deputies in Pinellas County, Fla., detaining the 350-lb. Columbus Henderson, 45, discovered (in one of Henderson's "orifices") a glass "crack pipe" stuffed with steel wool. (A week earlier, Henderson had shoplifted two 40-inch TV sets from a Walmart in Fort Lauderdale, and fled, though identified when his loosely-worn pants, containing his ID, fell completely off as he "dashed" through the parking lot.) (2) Police said Ms. Taccara Nauden, 28, had no contraband but was using an "orifice" for her ID card, during a traffic stop in Hollywood, Fla., in October. She did not want police to know that she was Taccara Nauden, since there was an arrest warrant on her. [The Smoking Gun, 10-5-2016] [WKMG-TV (Orlando), 10-3-2016]

Tennessee's Super Breeders: Serial impregnator Desmond Hatchett, of Knoxville, Tenn., has fathered [as of June 2012] at least 24 kids by at least 11 women, but he is hardly Tennessee's most prolific. A June [2012] story (citing reporting by WMC-TV and WREG-TV in Memphis) revealed that Terry Turnage of Memphis has 23 children by 17 women, and Richard Colbert (also from Memphis) has 25 with 18 women. Various child support court orders have been ignored, with one woman claiming the most she had ever seen from Turnage was $9. [Daily Mail (London), 6-14-2012]

Thanks This Week to Michael Brozyna and to the News of the Weird Board of Editorial Advisors.

Here's an ad campaign over the course of a decade or so that shows the Mad Men flailing around blindly. Whom do we appeal to? Kings, Indian Chiefs, housewives, nursery-rhyme characters, despotic sea captains, or cartoon animals? Or, in the end, the anti-hippie conservatives embodied by Andy Griffith and his fancy-neckwear disparagement?

A mid-1980s alternative to Compuserve. 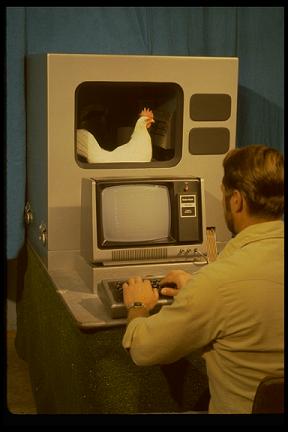 It was actually an interactive exhibit at the I.Q. Zoo, the famous animal training facility and tourist attraction in Hot Springs, Arkansas. Founded in 1955 by Marian and Keller Breland (students of the psychologist B.F. Skinner), it stayed open until 1990.

Apparently you typed in questions, and the chicken would type a response. From the "official online home of the IQ-Zoo":


Developed in the 1980s, when smaller computers were becoming popular, Compu-Chick "appeared" to answer questions typed by the visitor. A small keyboard in front of the chicken, containing small lights that were invisible to the visitor, "cued" the chicken as to which letters on the keyboard to type.

I'm not sure, but maybe Google's "PigeonRank" technology, which the company revealed on April 1, 2002 to be the secret behind their search results, could have been inspired by Compu-Chick.

Weird noises from your guitar.

The history is here. 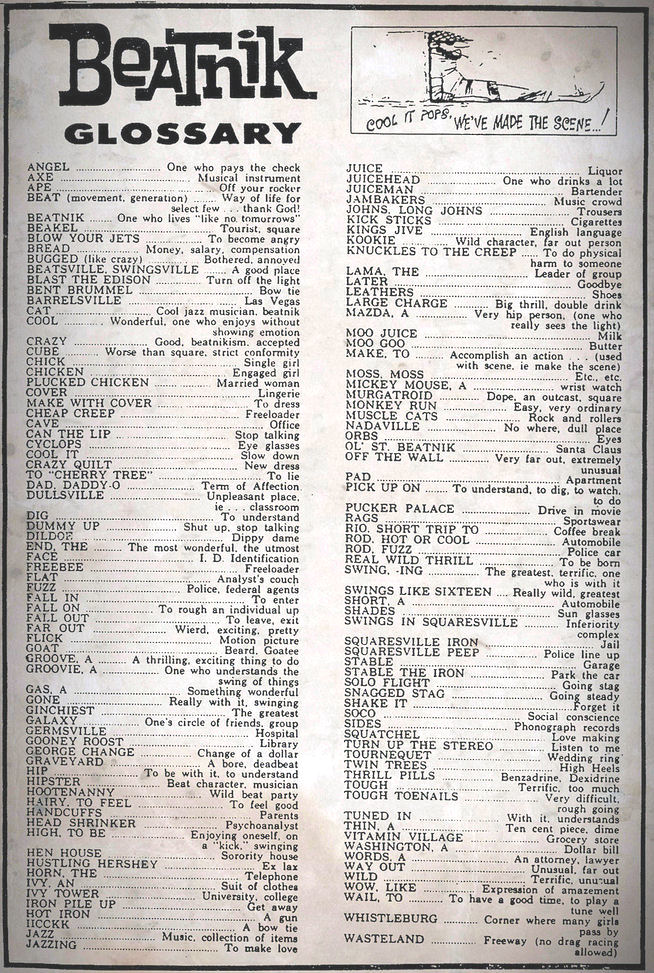 President Nixon had ordered that a new uniform be designed after he had seen what palace guards wore in other countries and had decided that the White House needed something as fancy. 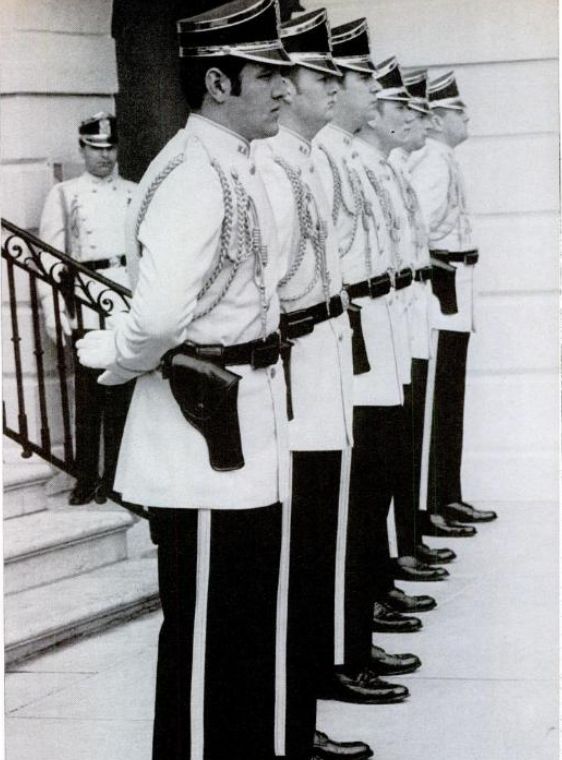 However, almost no one liked the new uniforms. People made comments such as:


The guards themselves complained that they felt too theatrical and that the hats were uncomfortable. So within a month the hats had disappeared. The white jackets lasted longer, but eventually they too were mothballed. 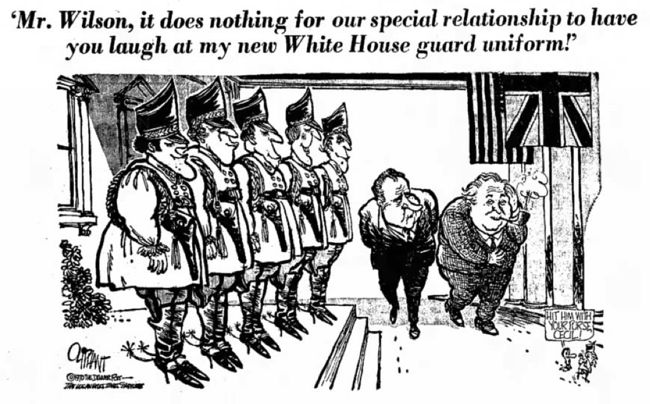 However, the uniforms weren't thrown out. They sat in storage for a decade, and in 1980 they were sold to the Meriden-Cleghorn High School Marching Band in Iowa. 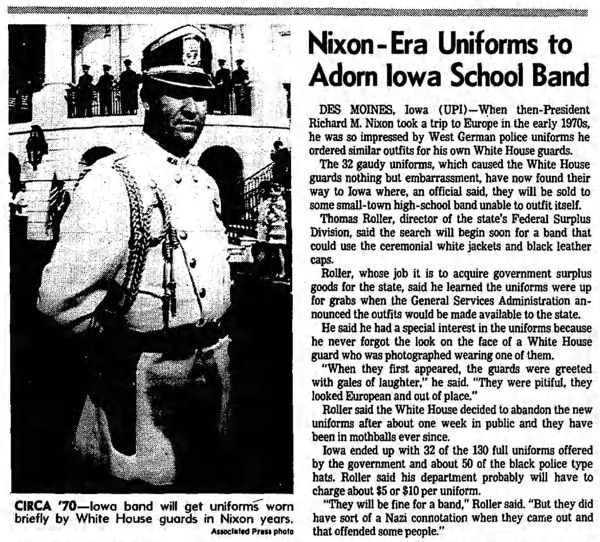