Sometimes Men Fake It Too

Amazing as it may seem, apparently, some men occasional fake their orgasms. Using a condom or claiming not to produce alot of fluid are a couple of the ways these fellows have gotten away with faking it. Performance anxiety, fatigue, and lack of interest in a sexual partner are a few of the reasons for the pretence. Still, it's difficult to imagine the famous scene from 'When Harry Met Sally' being done the other way around.
http://www.alternet.org/sex/144729/why_men_fake_orgasms?page=1

A great piece on how scientists tried to figure out how desert ants find their way home -- WARNING -- some ants were harmed in the making of this video!

Sounds right to me. Opinions?

Nevada State Health Division is set to include men in the codes governing prostitution in early January. Bobbi Davis, owner of the Shady Lady Ranch, is waiting to add 2 men to her current stable of 5 women in the hopes of tapping into the female market. She wants to start offering the service to ladies by mid January. George Flint, a lobbyist for the profession, does not foresee success in the venture. According to Flint it has been tried before, but women want to spend too much time with the male sex workers for it to be lucrative. The lobbyist does suggest that male prostitutes for gay clientele might be a better way to go.
http://www.upi.com/Odd_News/2009/12/28/Brothel-wants-males-to-service-women/UPI-51051262031857/

A Georgia funeral home has come up with an interesting idea to discourage drunk or drugged driving over the holiday weekend. McGuire, Jennings, and Miller Funeral Home's 'Operation Stop and Think' requires participants to come in and sign a contract stating that they intend to drink or take drugs and drive on New Years Eve. Then if the participant dies in a car wreck on that night they are entitled to free burial services. Included in the services is a casket, a burial plot, limousine transport and preparation of the body. Don't you wonder how many losers will actually go and sign up? Also, who's going to pay for the services for the unfortunate victims in other vehicles who weren't drinking or taking drugs? The funeral home should turn the list of takers over to the cops so the cops can be on the look out for these idiots on New Years Eve.
http://www.romenews-tribune.com/pages/full_story/push?article-Funeral+home+offering+free+burial+for+those+who+plan+to+drink-+drive+on+New+Year%E2%80%99s+Eve%20&id=5340509&instance=home_Most_popular

What do we do to eliminate "spillage" and "misdirected flow"? Click on the link for a full report:

Or just watch the short:

Good news for those with bad aim -- stickers for your home which glow in the dark.

Just remember, someone is paid to research these important discoveries!!

Do China's retailers have the right idea or are they just immune to the West's mania for Political Correctness? Maybe it's just a matter that they've been reading WU and decided to act accordingly. Which ever it is, there's a mall in China that thinks women need more room to part than a man does. 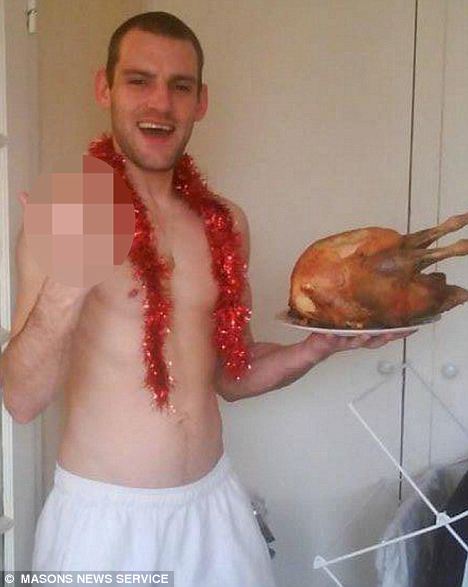 Craig 'Lazie' Lynch, 28, has been eluding British police since September 23 when he escaped from Suffolk's Hollesley Bay Prison. But getting away doesn't seem to be good enough for Lynch, he is also taunting police with updates on his travels posted to his Facebook page. The above picture is his Christmas day post to police. Lynch has fans on his page, but not everyone thinks he's all that. There is also an anti-Lynch page called Craig 'Lazie' Lynch is a LOSER!
Read more about the man and as well as his less than well written posts at the link.
http://www.dailymail.co.uk/news/article-1238920/Escaped-criminal-taunts-police-Facebook-enjoys-Christmas-run.html 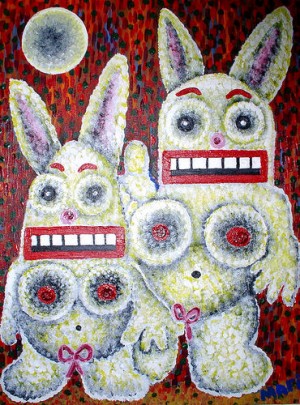 Below in 3 parts: a documentary on the outsider artist Mari Newman.