However, her career as a water-skiier eventually came to an unusual end. In 1969, a car collided with the trailer that was transporting her. She survived, but her owner, Ted De Wayne, claimed that the experience caused her to forget how to water-ski, so he sued the driver for $10,000. He was awarded $4,500.

It's been reported in various places that the case was heard by Judge Turtle. But this isn't true. The judge's actual name was Julius Title. 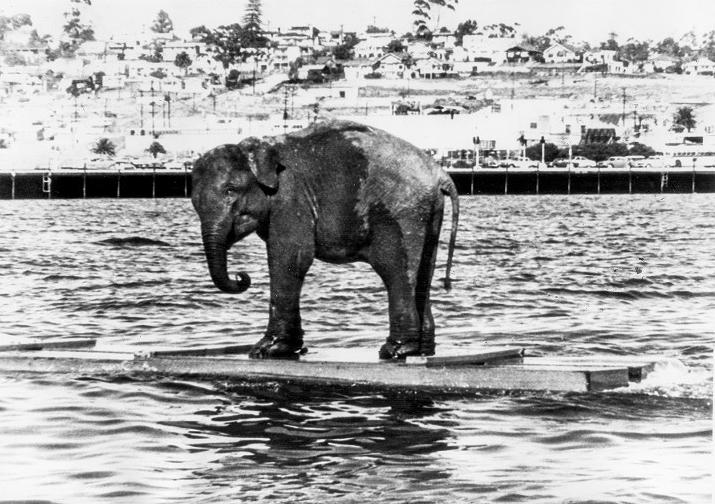 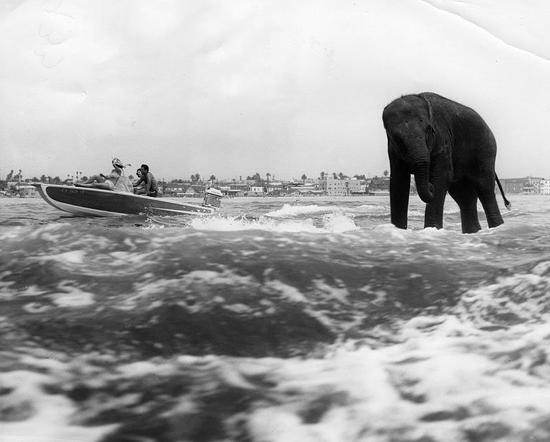 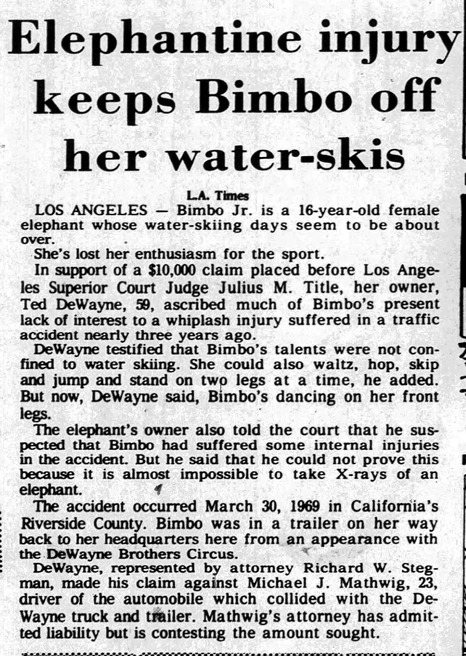 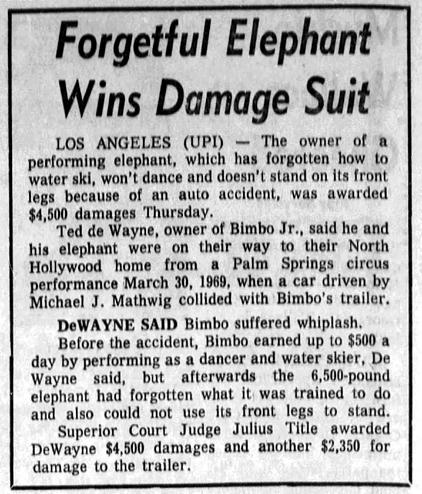