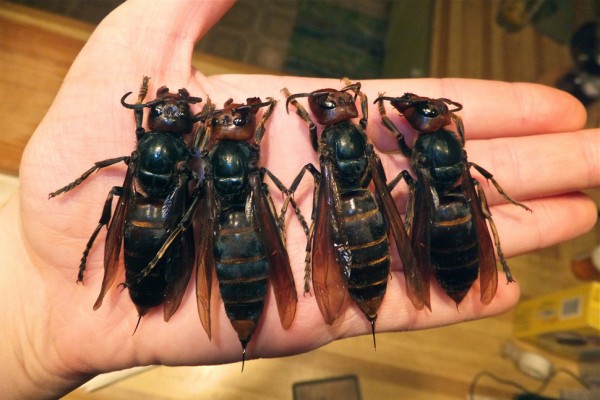 Oh the horror! But at least they are over there, right? Not necessarily, they were seen in Illinois last year.

Shown is Robert E. Lewis, a physicist at the Armour Research Foundation, circa 1950, who's experimenting with his "sitz" meter, a device designed to measure chair comfort. Weight sensors on the pads of the chair would turn on corresponding lights on the panels on the wall, showing how the person in the chair (Judy Blumenthal, who looks thrilled to be participating in the experiment) was distributing their weight. Lewis was trying to scientifically design a more comfortable chair. 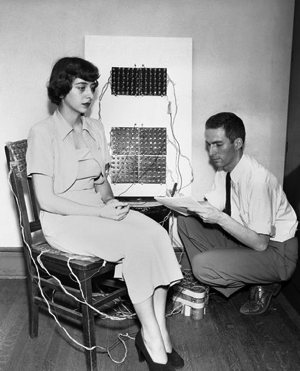 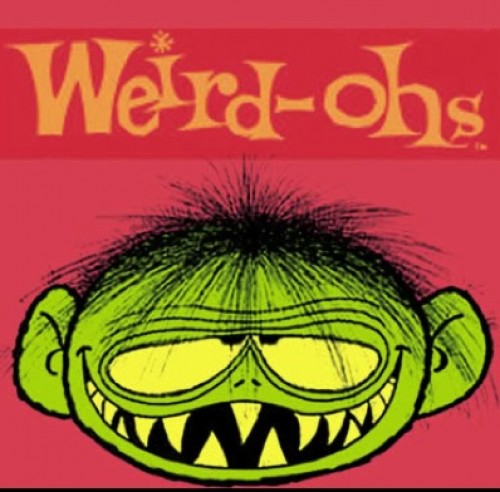 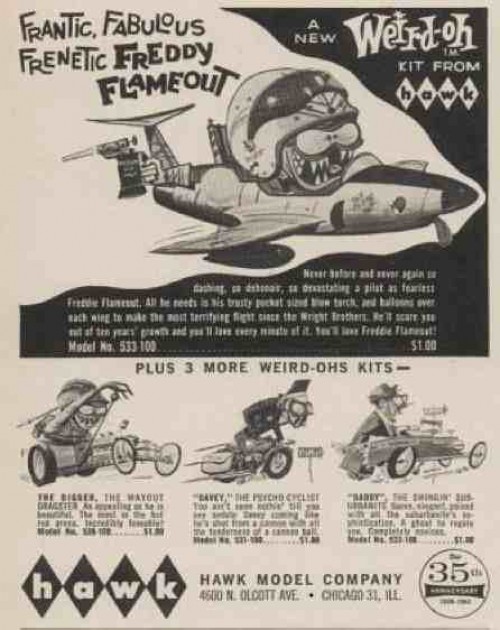 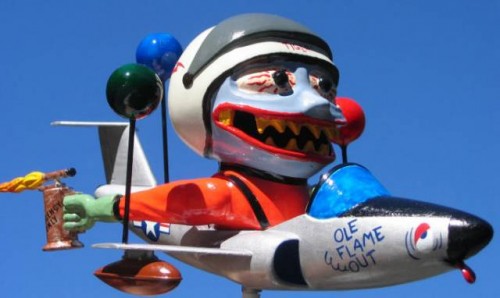 Science Marches On: Why is it so difficult for exterminators to wipe out termites, given today’s state-of-the-art pesticides? Answer (after a 9-yr study): “scatalogical force fields,” of course. Termites protect their nests with termite dung, which, like all dung, has good microbes and bad microbes, and the good ones defend against the exterminator-invaders. Good to know. Reuters via Hartford Courant

Some People Never Learn: Land developers working on the iconic Stanley Hotel in Estes Park, Colo., reputedly the inspiration to Stephen King for “The Shining,” have announced they need more space and thus will dig up and move the hotel’s 12-gravesite pet cemetery. Fort Collins Coloradoan via USA Today

“Close Enough for Gov’t Work” Comes Alive: The U.S. security contractor USIS, which does $2.45bn worth of background checks for NSA and others (and botched those of Edward Snowden and the Washington Navy Yard shooter), is paid upon completion per file. Full background requires months to sort through. At some point, reported the New York Times, when backlogged files needed "closing," to get paid, USIS merely "flushed" the file, claiming it was closed. Apparently, Snowden and Aaron Alexis both had their files flushed. New York Times

Manuel Rodriguez, an Appreciation: He’s still working at age 80. He’s still trying to be attractive (as you can see by the mugshot). He was charged with shoplifting from Walmart . . . putting the items in his purse . . next to the lipstick he uses to freshen up. Orlando Sentinel

Another accused shoplifter to behold: the “scratch and sniff” bandit, who allegedly heisted some hair from a Beauty Zone store in Sanford, Fla. “Scratch and sniff”? Turns out (on surveillance video) the lady had a habit of first bending down to scratch her leg stubble . . and then testing the aroma of her fingers. WFTV (Orlando)

The Right to Be Boring, in Perspective: Last week, Yr Editor was concerned about the right to doze off being curtailed by technology (i.e., facial recognition software to pause your computer if you look disinterested). Now comes word from the Int’l Symposium on Wearable Computers that a new device might allow a speaker to check on how interested his listener is, in real time, by glimpsing how much of the listener’s brain lights up as his recipient (even a spouse!) is "listening." BBC News

The penalty in Beijing for road rage is, straight to death row--at least if one of the ragers got so mad at being kept out of “his” parking space that he grabbed a baby out of a stroller and end-zone-spiked it. BBC News

Newsrangers: Sandy Pearlman and the News of the Weird Board of Editorial Advisors.