Here's a treat from weird news of Christmases past. Published in the Miami Herald, Jan 4, 1984:


A disgruntled investor dressed as Santa Claus abducted his broker from a Christmas party and punished him for 12 days in a homemade torture chamber because $500,000 in deals had gone sour, police said Tuesday. Broker Robert J. Haye, 49, of Mount Lebanon was freed by police Monday at a farm 50 miles south of Pittsburgh. He was found chained and handcuffed to a bed in the makeshift torture chamber...
Haye was kept in a small trailer inside the building that contained the bed, an electric chair and a pine box resembling a coffin with spikes inside, police said. He had been drugged and shocked repeatedly, police said.
"Over the 12 days, he was beaten and tortured," said Detective Lt. Leo O'Neill. "His nose was broken. He was placed in the chair at various times and interrogated. He had been given junk food. We were lucky to find the victim alive."

Phillippi was arrested at his home, and police later recovered the Santa Claus suit. 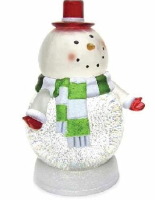 Merry Christmas! The snowman just burnt the house down.

Hallmark cards has recalled 7000 snowman-shaped snow globes which were acting as magnifying glasses when placed in sunlight and igniting nearby materials. Anyone who owns one of these snow globes is advised to keep it out of the light.


Merry Christmas from the Family

The Sandy Paws Grooming Shop of Yucca Valley, CA has won many creative grooming awards. It's not hard to see why: 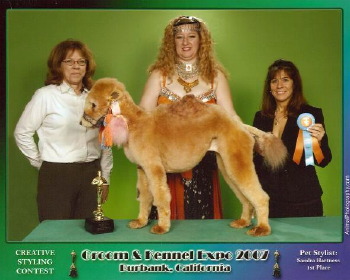 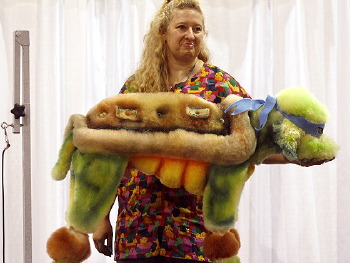 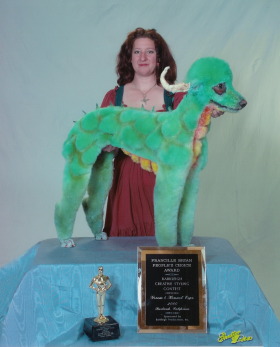 and the Afternoon Edition of Chuck's News of the Weird Daily for Monday, December 22, 2008 [and the last news post until December 29!]

Your Daily Jury Duty
[no fair examining the evidence; verdict must be based on mugshot only]
Carol Ann McCaleb, 50, New Port Richey, Fla., was arrested most recently for battery. St. Petersburg Times Blogs
Comments 'carol_mccaleb'

Eyewitness News
[news video goin' around]
This is the predictable result when two bus drivers not much good with snow/ice then fail to respect a steep hill. KOMO-TV (Seattle) [scroll down at link for photos]
Comments 'eyewitness_081222'

Even in a recession, there's one town so rich that they tip all the municipal employees about $1,000 at Christmastime. Associated Press via Yahoo

Sneezing, doctors found, can be triggered by sunlight, eyebrow-plucking, or, er, thinking about sex. The Independent (London)

Two of the hot toys this season are the Gotta Go Doll ($39.99), with the, er, interactive toilet, and Baby Alive ($59.99), which comes with its own food and toilet and "may stain some surfaces" if Baby's got the runs. Washington Post