Some people just have more interesting lives than others. I get the impression from the video there are trophies for sword swallowing, and it would be great to watch the competition.

The last few seconds of the clip he swallows fire.

Are You More Honest Than A 5th Grader?

In China they were having problems with cheating on police exams. The officials proctoring the tests were letting the cheating go on in many cases so as to save the officers being tested embarrassment. The Liangzhou Discipline Inspection Commission and Organization Department decided to try an experiment in hopes of reducing incidences of cheating on the exams. They brought in 18 5th graders to keep the adult police officers honest. Hopes were that in addition to the children being observant and not inclined to let things slide, the adults would feel obligated to set a better example in front of them. The children took their job seriously and caught 25 cheaters out of over 200 being tested. The scores of those 25 were disqualified. 'and let the children lead them' http://www.sfgate.com/cgi-bin/article.cgi?f=/n/a/2009/07/30/international/i213436D85.DTL&type=education 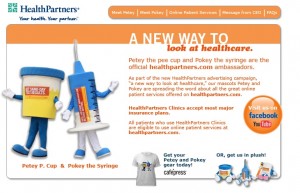 Courtesy of the magnificent Denny Lien.

Save The Horse Put Down The Human

A serial rapist faces the possibility of just 5 years in prison if convicted. The reason being that the 21 year old female he has raped multiple times is a horse. In 2007 Barbara Kenley noticed her horse Sugar was agitated and things were moved around in the barn. She set up a camera and found out that a man was entering the barn and having sex with poor Sugar. Barbara waited for him, caught and held him with a shotgun till police arrived. Rodell Vereen, 50, was charged with trespass and buggery. He received probation and was required register as a sex offender. Just a few weeks ago Barbara noticed Sugar was acting strangely again and things were out of place in the barn again. The police seemed uninterested in her complaint so back up went the camera. Once again Rodell was caught molesting Sugar so once again Barbara waited for him and held him at gunpoint for police to ensure he would be arrested. Now Rodell is facing charges of trespass and buggery. Rodell's brother, Reverend James Vereen, says his brother is mentally ill and may not be taking his medicine. Everyone Barbara knows that have horses told her she should have shot Vereen. http://news.aol.com/article/woman-catches-horse-molester/594603

These examples bear witness to man’s love of freedom.

Jackie Chan Will Protect Your Computer

It used to be you had to go to the Wailing Wall to pray in person, and slide your prayer request into one of the cracks in the wall. No longer content to merely fax or e-mail their prayers, their tweets can be taken by Alon Nil to the Kotel. He is looking for an assistant to help handle the demand. 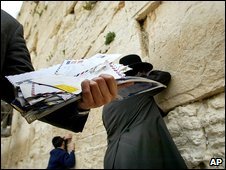 Here's the link to the BBC:

What could be cooler than monkeys, unless it is monkeys driving!!

I'm not sure the Institute of Engineering and Technology is well served by this commercial. Are engineers originally monkeys, or are monkeys ready to be engineers?

Snakes In An SUV

I offer you yet another distracted driver. It seems that for reasons thus far known only to himself, Angel Rolon of New Britan was driving with baby snakes in his pockets. Of course the snakes got out of his pockets and loose inside the vehicle. So while driving down a Hartford, Connecticut street the snakes ended up tangled with the gas and brake pedals. Rolon and a passenger tried to recover the animals, at which point Rolon lost control of the SUV. He swerved into cars parked alongside the street causing the SUV to roll. Rolon was injured and ticketed, no word about the passenger. So if you are going to drive with snakes in you pants, make sure the pockets either button or zip closed.
http://www.cbsnews.com/stories/2009/07/28/ap/strange/main5193849.shtml?tag=cbsnewsLeadStoriesAreaMain;cbsnewsLeadStoriesHeadlines