In these days of awards-for-everyone and unjustified egotism, this fellow looks like a prince of humility and restraint.

You've probably heard the saying, 'Take care of your teeth and they will take care of you.' Well it couldn't be more true for an 81 year old Brazilian bar owner. He was shot in the face during a robbery and doctors say his dentures deflected the bullet, keeping it from hitting the man's brain and killing him. Who knew the day he lost all his teeth was the luckiest day of his life?!

Prime Cuts of Underreported News from Last Week, Hand-Picked and Lightly Seasoned by Chuck Shepherd
May 30, 2011
(datelines May 21-May 28) (links correct as of May 30)

Urban Legend Come to Life: Snopes.com has the history of this, usually surfacing as someone getting air pumped into his rectum (sexually, or maliciously, or accidentally, by falling on an air hose) and self-inflating like the old Pillsbury Dough Boy. Now say hello to Steven McCormick, a truck driver in Opotiki on New Zealand's North Island, who was hospitalized even though co-workers managed to turn off, just in time, the compressed-air hose he had fallen on. It had jabbed him, not in the rectum, but between the fat and muscle in his butt, and he indeed had started to inflate, very painfully. ABC News /// Snopes.com

Galileo II: Seven "experts" were criminally indicted in Rome because they under-predicted the 2009 central Italy earthquake that killed more than 300. The "improbable" happened, and because of that, somebody's gotta go down. Imagine if this catches on. [On the other hand, it's about time there were consequences for "experts" who enable all us lazy people to believe that quantification of a risk, or even sophisticated consideration of it, deserves the reverence we give it. Wouldn't the world be saner if all "experts" just stop mass-opining?] Associated Press via Business Week

Fine Points of the Law: (1) Oswind Davis was released from a New York prison last week--good news except he's been in the joint for over five years on a dubious interpretation of the law. He had been convicted of "first-degree" assault and sentenced to 23 years, but his indictment had been quashed before trial--only nobody realized it. When the DA found out [I guess that would be Jack McCoy--no, wait, he was canceled.], he interpreted the dismissal as covering only the "first-degree"-ness, leaving intact any lesser-included offense, such as "second-degree" assault. Judge's reaction, last week: OMFG! (Bonus: The DA's not giving up.) (2) In Utah, Debra Brown has been found "factually innocent" of a murder for which she has already served 17 years. You'd think . . .. Nope. She's out, but "factually innocent" is not good enough for the state attorney general, who is appealing. WABC-TV /// Salt Lake Tribune

The Fine Line Between Genius and Psychosis: British-born conceptual artist Leonora Carrington passed away, leaving a biography of astonishing weirdness, and not just her Dali-like art. She didn't once serve guests omelettes for breakfast, containing their own hair that she had snipped off while they slept . . did she? She wasn't rescued from a Mexican sanitarium by her nanny, who arrived in a submarine . . was she? She didn't make friends with a hyena and then have it replace a debutante at a young lady's ball . . did she? I didn't think so. Daily Telegraph (London)

Looking For A New Perfume?

Urine luck! An artist named Cherry Tree makes perfume from her own urine. Its for her own use now, but she hopes to eventually market it, but I'm thinking it will be a rather small market. 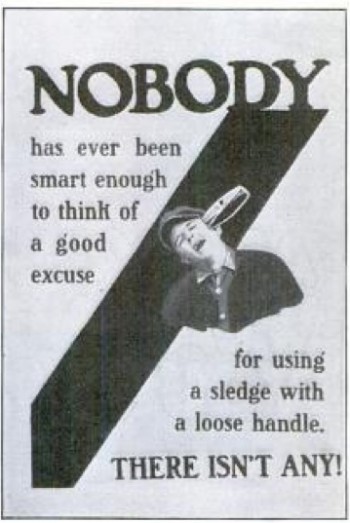