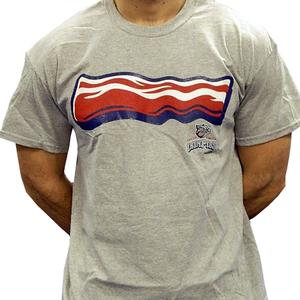 The shirt is being sold by the the Lehigh Valley IronPigs minor-league club, which is also introducing bacon-themed uniforms. More info here.

Norway’s prison system is regarded as among the most inmate-friendly in the world, but convicted mass murderer Anders Breivik is still not impressed. Breivik, serving 21 years for the 2011 bomb-and-gun attacks that killed 77 people, may already enjoy amenities unheard of for a comparable American murderer, but he sent wardens 12 demands in November, including an upgrade of his manual typewriter and his PlayStation 2 (to a PS3, with better access to game selection). He also demanded that his weekly government “allowance” (equivalent of $49) be doubled, and said if the “torture” of his living conditions is not relieved, he would be forced into a hunger strike. (Breivik threatened a similar strike in 2012, citing “inhumane” conditions such as cold coffee, lack of skin moisturizer, and insufficient butter for his bread.) [Los Angeles Times, 2-18-2014] [BBC News, 11-9-2012]

PREVIOUSLY ON WEIRD UNIVERSE: Following alarming reports, the Ohio Attorney General’s office began working with the Ohio Veterinary Medical Association in December to be vigilant for pet owners who might be commandeering their dogs’ and cats’ pain killers--for their own use. Worse, other reports suggested some owners were deliberately injuring their pets just to obtain the drugs. [Dayton Daily News, 12-11-2013]

The Super Bowl may be the “holy grail” for Las Vegas sports gambling, but outside the United States, horse-racing, soccer, and, surprisingly, pro tennis, dominate. Tennis provides bettors with 19,000 matches a year (compared to 1,200 NBA games, 2,400 Major League Baseball games, and fewer than 300 NFL games), with betting on 400,000 individual games and even on individual points, of which there are nearly 2.5 million, according to a January New York Times dispatch from Melbourne, Australia. In January’s Australian Open, a routine fourth-round women’s match between players ranked 9th and 28th in the world attracted more than $4 million in wagers--on just the first set. [New York Times, 1-22-2014]

Grrrrr! (1) In Chedzoy, England, in January, the border collie spaniel Luce was “re-homed” after Royston Grimstead, 42, learned that she had chewed completely through a wheel arch on his $120,000 Aston Martin. Said Grimstead, “[S]he had this guilty look on her face.” (2) PREVIOUSLY: A magistrates court in Aberystwyth, Wales, convicted Ms. Rhian Jeremiah, 26, of criminal damage in January for biting into the roof of a Fiat 500 during an alcohol-fueled incident last year. Said the car’s owner, “I could hear metal crunching” (but, said Jeremiah’s lawyer, “not quite like” the scene in a James Bond movie featuring the character “Jaws”). [Yahoo News, 2-4-2014] [BBC News, 1-10-2014]

When a brand-new, exhaustively-itemized medical coding system debuts in October (planned long before “Obamacare,” by the way), doctors will find, for example, dozens of separate numbers to describe dealings with a patient’s big toe (left one, right one, with or without nail damage, blisters, abrasions, critter bites, fractures, dislocations, sprains, amputation, etc.). Among the odder listed “origins of injury,” reported the New York Times in December, are codes for “burning water skis” and injuries incurred in opera houses, or while knitting, or as manifestation of sibling rivalry. The current system has about 17,000 codes, but the new one totals 68,000 for diagnoses plus 87,000 for procedures. [New York Times, 12-31-2013]

Clare Lally, weary of her three-story walk-up, demanded a wheelchair ramp on her government-subsidized house in Duntocher, England, for her daughter, 7, who has suffered from bulbar palsy since birth, and the West Dunbartonshire Council came through promptly. A front-yard-dominating concrete platform was built in January (costing the equivalent of $67,000), consisting of a 10-level “snake”-style series of ramps, with steel railings. Not only does navigating the “snake” take time, but Lally now complains that the ramp has been taken over by neighborhood kids as a skateboard run. [Daily Record, 2-13-2014]

Higher-Intellect Confrontations: (1) Following an evening of heavy drinking, according to police in Russia’s Sverdlovsk Region in January, a former schoolteacher, 52, was charged with fatally stabbing his host, 67, during a dispute over whether poetry, or prose, is the more important literary form. (2) One Russian man shot another (nonfatally, with rubber bullets) in the town of Rostov-on-Don in September in an argument over theories of German philosopher Immanuel Kant. (3) Nadja Svenson, 22, was charged on Christmas Eve in Londonderry, N.H. (a night with clear skies, apparently), with stabbing her father in the chest during bickering over the position of the Big Dipper. [RT.com, 1-30-2014] [RIA via Reuters, 9-16-2013] [Union Leader (Manchester), 12-26-2013]

The lukewarm prosecution of two Steubenville (Ohio) High football players for an August 2012 rape was foundering until Internet hacker Deric Lostutter, 26, raised the incident’s profile, but now Lostutter faces a vindictive prosecution and the possibility he could serve a prison sentence five times longer than the wrist-slap detention the now-convicted rapists served. When Lostutter took interest, many Steubenville students and residents had been hoping to quiet the case or even blame the victim, but (according to November reporting by Rolling Stone) apparently one Steubenville High official managed to convince the FBI that Lostutter’s hacking of the official’s personal e-mails was a greater national threat than the rapes and provoked a SWAT raid on Lostutter’s modest farmhouse. (Besides the football players, the city’s school superintendent was indicted for tampering with evidence and three other officials for false statements and failing to report child abuse.) [Rolling Stone, 11-27-2013]

The first-ever skydive by Mackenzie Wethington, 16, in Chickasha, Okla., in January was a catastrophe--a tangled parachute that opened “half-way” and the girl’s inability to reach the emergency chute. She fell into a spiraling freefall from 3,500 feet and landed with a thud, but somehow survived. Mackenzie had shattered vertebrae, a split-in-half pelvic bone, two broken ribs, tooth loss, and various internal injuries. Said her sister Meagan, to incredulous doctors and nurses, “She, obviously, she hit the ground, but she did not hit the ground. God’s hand caught her.” [Associated Press via Dallas Morning News, 1-28-2014]

An alcohol-hammered Troy Prockett, 37, was arrested in January near Hudson, Mass., after his car spun out of control on Interstate 290 and he fled on foot, pursued by State Troopers who followed him to a tree, which he had climbed to about 30 feet up. Playing innocent, Prockett asked if the Troopers had yet “caught the guy who was driving.” The driver was still loose, Prockett said, even though only one set of footprints led to the tree (but, Prockett explained, that was because the real driver was carrying him piggyback!). Finally, as firefighters were arriving to climb after him, Prockett (according to the Troopers’ report) “rambled on about being an owl.” [WCVB-TV (Boston), 1-9-2014]

Not Ready For Prime Time: Andre Bacon, 21, was arrested in February in the Cragin neighborhood in Chicago after, police said, he tried to carjack a woman who was about to get in the car in her garage. The woman gave up her keys but ran out and closed the door as she left, locking Bacon in the garage with no way out. Police arrived minutes later to find Bacon sitting meekly in the driver’s seat. [Chicago Tribune, 2-2-2014]

RiDQulous: The headline read “Man Arrested Allegedly Trying to Sell Stolen Brains at Dairy Queen.” David Charles, 21, was charged in Indianapolis in January with arranging the deal involving 60 mental patients’ brains (some from the 1800s) stolen from the Indiana Medical History Museum. The buyer (actually, an undercover cop) had agreed to meet at the restaurant and pay the $600 asking price. [Indianapolis Star, 1-1-2014]

PREVIOUSLY: Driver Leon Humphreys, upset at the minor traffic ticket he had received, demanded in December [2002] that magistrates in the town of Bury St. Edmunds, England, allow him to employ the ancient tradition of “trial by combat”--in which he would fight someone from the DMV (in England, the “Driver and Vehicle Licensing Agency”) over the righteousness of the ticket using samurai swords, Ghurka knives, or heavy hammers. Despite Humphreys’s insistence that the tradition is still valid under European human rights legislation, the magistrates declined and in fact upped his fine and court costs twelve-fold. [Daily Telegraph (London), 12-2-2002]

Surfing as an Olympic sport 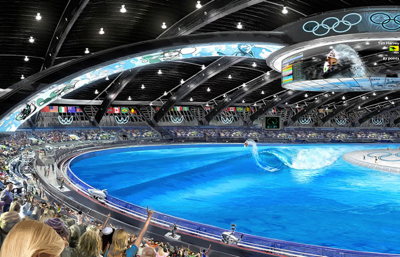 Indoor wave machines make it possible. And Rob Dougherty of The Inertia outlines some more reasons:


In addition to the improving wave pool technology, surfing has lots of other attributes that almost ensures its success at the Summer Games. First, it’s a sport pursued by people all over the world. The Volcom Pipe Pro in January, for example, featured surfers from seventeen different countries. Surfing already has a structured judging system in place that looks for and rewards tactical surfing like carves, barrel rides and airs. While the judging is far from perfect, the same can be said for any sport with subjective scoring. Third, surfing is more popular than ever, and has ties to lots of adjacent sports like body boarding, body surfing and even SUP’ing that the Olympic committee should also consider.
Personally, I'm hoping that one day competitive eating will be given its rightful place at the Olympics. 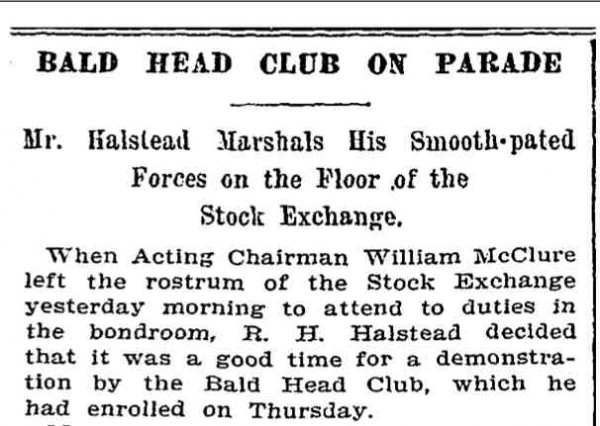 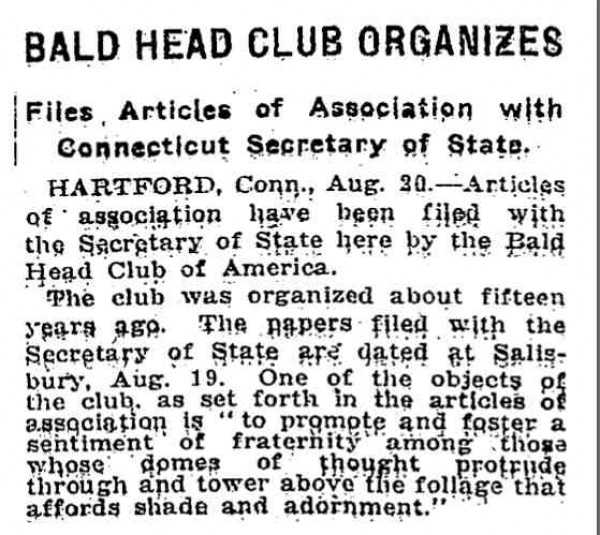 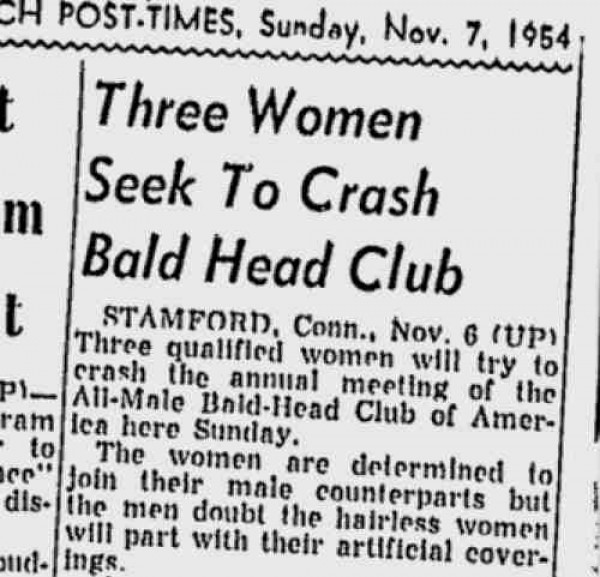 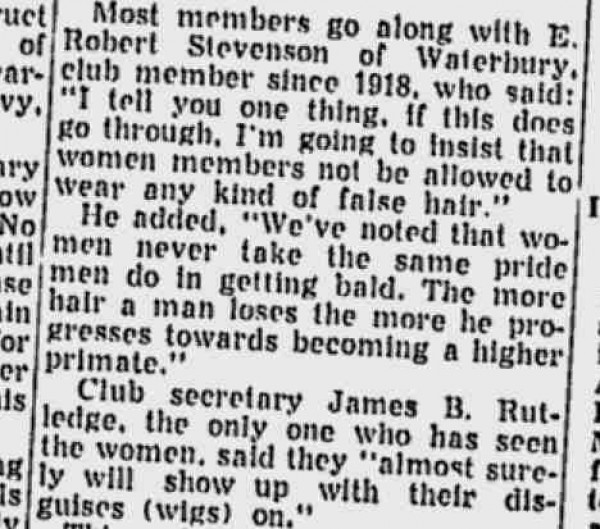 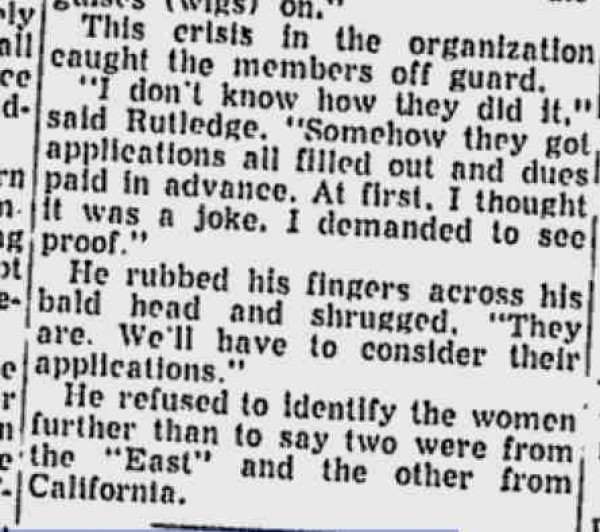