Here's your Halloween treat! Just a little over an hour of Bela Lugosi and his gigundo flying rodent of death! Enjoy!

Not just another cookbook, Natural Harvest A Collection Of Semen Based Recipes, is quite different. Author Fotie Photehaure includes such things as- Slightly Saltier Caviar, Roasted Lamb With Good Gravy and Tiramisu Suprise. Waste not want not as they say.

From what I can deduce, this bizarre cartoon exists only as a trailer reel so far. But I'd certainly watch a full episode!

" />
Pretty impressive! That required some skill on the part of the operator. Found it here. 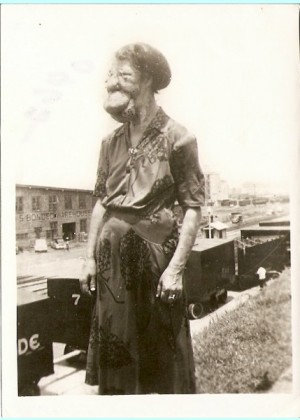 Read about her here, with more pix.

Having run out of skin to ink, a fellow known as Oregon's Most Tattooed Man, has tattooed his EYES! Video at the link. 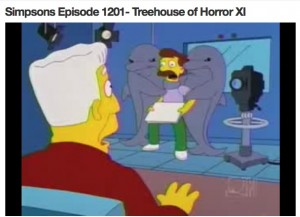 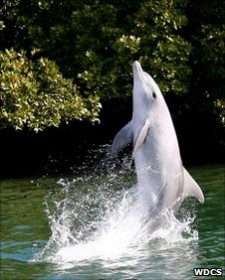 Go Forth and Profit-Maximize, Plus Brain-Dead Art and Booby-Trap Boo-boo

Prosperity Ministry: Shareholder James Solakian sued the board of directors of Bible.com, calling the URL a "goldmine" that is being underexploited, profit-wise--perhaps dragged down by that pesky business plan requiring it to be governed in accordance with Christian principles. Reuters via Yahoo News

He Manned Up: The pension benefits case for Alan Finch, 43, has been further tied up, in an Australian court. He says he's no longer employable because of a bad judgment in 1988, to wit, going under the knife to become a woman. That surgery was a bitch, but it was the 1996 do-over, back to "Alan," that he now says ruined his work ethic. Sydney Morning Herald

Fine Points of UAE Law: The chief justice of the highest court in United Arab Emirates dithered over the domestic-abuse case before reaching a statesmanlike compromise: True, in Sharia the husband has the "duty" to "discipline" his wife, even by force, but from now on, no beating that leaves bruises or other physical marks. TheNational.ae

Fine Points of Nebraska Law: Sheriff candidate Donnie Brennan, 57, is in lockup in Cass County, charged with voting where he doesn't legally live and for not disclosing his residence on his candidate filing form. (Actually, he is a legal Cass County resident, but his brand-new wife unfortunately had him listed as co-owner of her old residence in Iowa.) According to this report, Brennan's "crimes" could earn him, umm, 30 years in prison. KPTM-TV (Omaha) 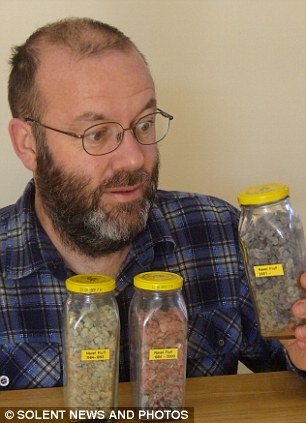 Guess what's in the jars. Hint it is a Guinness Book record. Answer in extended.(no fair blowing up the picture to read the labels)