A Buffalo, New York Pizzeria owner convicted of tax fraud will actually be serving his sentence. He has been sentenced to deliver 12 sheet pizzas to the Buffalo City Mission one day a week for a year. What a great idea!

You can't get much greener than staying IN the trees on vacation. These tree hotels and tree climbing vacations are popping up around the world. There are places in the US, Sweden, and Australia where one can climb trees and sleep in them if so inclined. It is like rock climbing and uses some of the same equipment. Sounds like a lot of work, don't think I'd consider that a vacation.

A Missouri sewer worker was disconnected from his safety line and flushed away last Tuesday. He road the wave for over a mile remaining in the pipe. Upon rescue he had to be treated for hypothermia. He was also given antibiotics (one of the most horrific quotes of all time follows) "because he may have swallowed sewage."

Greek Health Care Reform, Plus Island of the Dolls and Stir-Fried Tarantula

Death Amputation Panels: Greece's largest government health insurance provider has crossed the Rubicon. Even though we can't afford to treat your diabetic foot anymore, we will pay to chop it off, OK? To Vima (Athens) via DailyCaller.com

(Update) They Call This Event a "Festival": It comes every year in Thailand, and variations happen annually elsewhere, but it's in NOTW again because we need to be reminded periodically . . that there are 6,300,000,000 people on this planet and that 6,299,999,998 , i.e., everybody except you and me, are fercockta. These happen to be people who aren't happy unless they turn themselves into kabobs. Metro (London)

Key to Everlasting Life: Thanks to New York City artist Sally Davies, we know that we can improve our chances at immortality . . by eating more Big Macs and fries. Sally photographs her April 2010 Happy Meal, which sits on a shelf, every day and tells us that so far, it hasn't even begun to decompose. Daily Mail (London) /// Salon.com [Sept. 2010]

Organ of Steel: So, little girl, were there any identifying marks on David Parkhurst's body that would tend to corroborate your story that he's been molesting you? (Little girl: Just that "Superman-shaped shield" implant on his penis) WKMG-TV (Orlando)

U-S-A! U-S-A! According to a science journal article, our electrical grid is not particularly susceptible to terrorist attack. However, that's just because it's so poorly organized. Thank God we don't spend all that much money on infrastructure! Science Daily [link from io9.com]

People Different From Us: A Wall Street Journal-Nielsen Co. examination of cell phone bills reveals that the average (median) teenager sends/receives 3,339 text messages a month, i.e., half of teenagers do more than that. Christian Science Monitor

Is There Anything Urine Can't Do? Scientists at the University of Leicester believe prehistoric animals' tinkle teaches a lot about climate change. (The interesting thing is how they learned this. The lead researcher happens to be a rock-climber, so he found places in super-dry Namibia and Botswana where prehistoric "rock hyrax" roamed. Then he had to trust that the rocks contained urine deposits worth studying, and then he had to cut them open one by one with an angle grinder. This is all up a ways from Bill Nye the Science Guy.) EurekAlert.org

A Swedish Grandpa made a very big mistake when he was sent to pick up his 3 year old grandaughter at daycare. Gramps took the wrong child with him and only realized his mistake later in the afternoon. He returned the child to the school where her parents and his grandaughter's parents were waiting. Can you say Aricept? 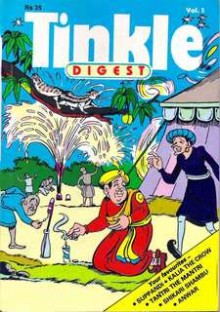 Animal Liberation Front decided to liberate their deer brethren from a deer farm into the surrounding woodlands. Tame deer, free to wander the forest-DURING DEER HUNTING SEASON! Fortunately they are incompetent all around and the fence they cut open was to a pasture containing no deer at the time. On behalf of the deer- thanks for the thought guys, but please stop helping.