Only Driven By A Little Old Lady

Remember the old used car salesman's line , "It was only driven by a little old lady to church on Sundays" as a selling point? Well anyone hearing about this 82 year old lady who was ticketed for 110MPH in a 55MPH zone, won't be too impressed by it. Her, "I was running late for an appointment. " excuse was no go with the court. That'll be a ninety day driver's license suspension and $1,103 fine please.

Petroleum and tidiness: a bad combo. 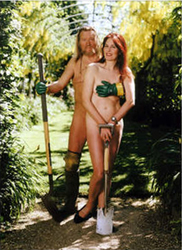 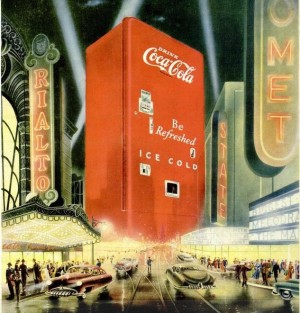 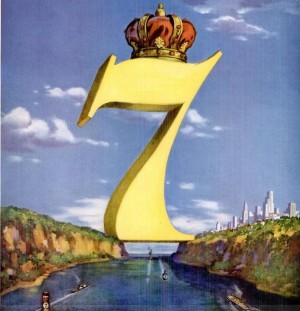 These images both derive from Life magazine for November 11, 1949.

It must indicate something about capitalism circa 1949 that both ad campaigns chose this gigantic, brutal, triumphalist imagery. (Perhaps the two campaigns were created by the same agency even?) The postwar reign of corporate overlords has arrived. "Beware, puny humans! Our glorious products bestride the landscape and will crush you, unless you buy and consume mass quantities!"

Could there be a less-enticing public face for a company? 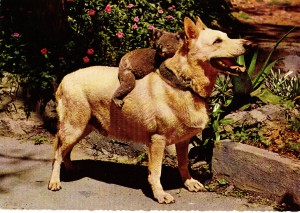 Off With Their Feet

In a money saving move rivaled only by Ford's decision about Pinto gas tanks, Greece's national health insurance will no longer cover diabetic shoes. It seems they have decided that paying for amputations is cheaper. Hey at least they don't have Death Panels(yet).

Not All Heroes Are Human

A pod of Dolphins herded swimmers together and protected them from a near by shark off the coast of New Zealand. What wonderful animals dolphins are. 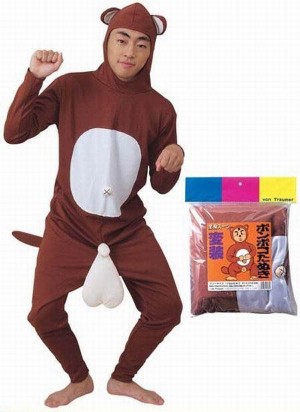 With Halloween just around the corner, you might want to visit this site featuring odd costumes for inspiration. Although I do not believe they feature this Japanese outfit to the right, which I found elsewhere.

The District of Calamity: The D.C. Board of Elections and Ethics released its new online voting system for a week's trial run, inviting hackers to take their best shots. The Board surrendered quickly. Hackers, by a clean knockout. Washington Post

An NPR report suggests that Iraqi soldiers might not be ready for prime time. U.S. air power hit a grove in Diyala province, but it was up to Iraqis to clean up. For some reason, they marched in, single file, led by commanders, who were quickly picked off by snipers. "[A]s soon as the officers went down, the [Iraqi soldiers] went to ground. They didn't know what to do next." [ed.: It recalls the British redcoats, fighting in formation, that made it so easy for the American revolutionaries.] NPR

The Social Security Administration's inspector general failed to sugar-coat revelations about the 2009 stimulus program that sent $250 checks to everyone to speed up spending. It turns out that 72,000 checks did not achieve maximum punch, as they went to dead people. Associated Press via Washington Post

Chutzpah! Mexico's health ministry, in a study co-sponsored with the University of California, is complaining about the poor quality of U.S. health care for illegal immigrants. AHN News

A House Judiciary subcommittee has reached the conclusion that Congress promiscuously criminalizes behaviors they don't like and sometimes goes much too far. For instance, Abner Schoenwetter is just out of the slammer after six years because they got him on violating lobster-harvesting rules . . from harvesting in Honduras . . which is covered by U.S. criminal law. McClatchy Newspapers via Miami Herald


He Built This City

The making of Ephemicropolis from Peter Root on Vimeo.