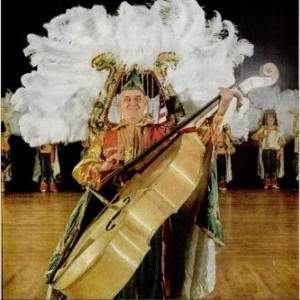 Rechargeable batteries have been around for a while. They can be handy but you have to find a place to plug in that ugly recharging unit. Well here's a nifty idea, a battery that recharges via usb port. One of those usb hubs and you could have batteries on hand for all those remotes any time you need them. Looks cool too!

News You Can Use: Update--thanks to fired Florida homicide Det. Tom Laughlin, who (temporarily, he says) lost his mind claiming to be part of the intellectual runoff known as the "sovereign citizen" movement, we learn more: All Americans have a real account, called a "straw man" account, which contains your real wealth, owed to you from birth, if only the government would give you access to it! Clues to the locations of this wealth are found in the red numbers on original Social Security cards. Plus, it looks like secession is the only way to get the government's attention! It's not just our Kenyan president; they're all in on it! Who knew? Sarasota Herald-Tribune

It's Always Been a Quiet Country: Germany's government proposed a law to specifically exempt from its noise ordinances all shrieking and squealing, etc., uttered by children under six. As far as the government's concerned, the country's one big Chuck E. Cheese. Associated Press via WABC-TV (New York City)

Anthropomorphic Taxidermy: It's apparently the latest craze in the cooler neighborhoods of Brooklyn, N.Y. First, you find a dead rat that has stopped smelling so bad, then clean it out, then stuff it, then dress it in . . Victorian Sunday best . . and don't forget the ladies' bloomers. (Instructor: "I don't like rogue taxidermy. I want them to look classy.) New York Post

Recurring Theme: the negative-cash-flow robbery: The bad guy drops $40 on the counter to make a purchase but also to distract the clerk while bad guy pulls a gun to rob him. Clerk, though, notices gun is unloaded and pulls his own gun, which is loaded. Bad guy flees. $40 remains. (Problem from the beginning: It was a gun shop that he tried to rob.) KMBC-TV (Kansas City)

I love it when computers are in the news, but to be included in a comedy parody by SlateV is top of the line!!

Sadly, I was familiar with every game show Watson has "appeared" on.

How many did you get?

New Zealanders attending the Wildlife Food Festival in the town of Hokitika will have a rare opportunity to try an exotic drink. Shots of flavored horse semen will be served to the adventurous spirits in the crowd. That's right, horse semen shots that are being compared to milkshakes in standard milkshake flavors. Vanilla, chocolate and strawberry are some of the offered flavors, the semen shot includes an energy drink chaser. Which begs the question, if it tastes like a milkshake why does it need chased down?

The Maze of the Mind

The Maze of the Mind from Blue Muse Dance on Vimeo.

Let me solicit your interpretations of the meaning of this "dance." I'll start you off.

2) TVs can be powered by grass electricity.

5) Is this my outdoor tai chi class?

6) New Yorkers will applaud anything.

Panty and Stocking with Garterbelt 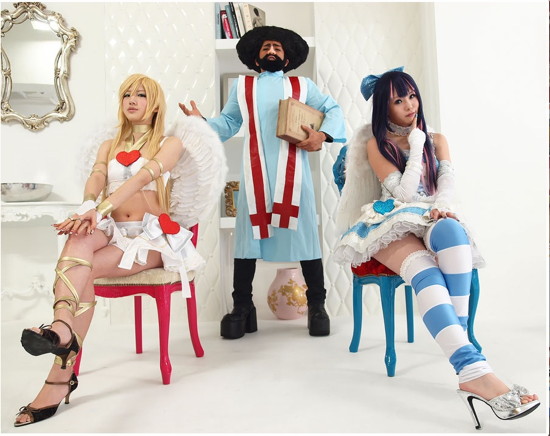 "The Anarchy sisters, Panty and Stocking, are angels who were kicked out of Heaven due to their bad behavior. They are sent to Daten City (a pun on the Japanese word datenshi (堕天使?, lit. 'Fallen Angel')), a place located on the edge of Heaven and Hell. Strange monsters called 'Ghosts' besiege the city, but the Anarchy sisters wield a variety of mysterious powers, most notably their ability to transform their clothing into weapons. Under the watchful eye of Reverend Garterbelt, and with their pet zipper-dog Chuck, it's up to Panty and Stocking to destroy these Ghosts, in order to collect enough Heaven Coins to return to Heaven."

You really need to click on the image to admire it in its full-sized glory.