A Swedish TV show, “Biss och Kajs,” found itself in the spotlight in November--in Russia, where government-run television apparently used it to send a political message to Ukraine by highlighting the program’s theme of teaching children about bodily functions. The episode Russia chose featured three bulkily-costumed actors sitting around talking--with one dressed in yellow, one in brown, and the other unmistakably as a large, nude human posterior. (“Biss och Kajs” is highly-regarded in Sweden; “biss” and “kajs” refer, respectively to the yellow and brown functions.) Ukraine (against Russia’s wishes) is considering a trade agreement with the European Union, and, said the Russian station director, pointedly, “There you have European values in all their glory.” [BBC News, 12-3-2013]

The Bank of England, arguing before the UK’s Parliamentary Commission on Banking Standards in October, warned against limiting the bonuses that bankers have come to expect from their lucrative deals--because that might encroach on their “human rights.” The Bank suggested it is a human-rights violation even to ask senior executives to demonstrate that they tried hard to comply with banking laws (because it is the government’s job to prove violations). [Huffington Post UK, 10-8-2013]

Slick Talkers: (1) A young woman, accosted by a robber on Washington, D.C.’s Capitol Hill in October, told the man she was a low-paid intern--but an intern for the National Security Agency and that within minutes of robbing her, the man would be tracked down by ubiquitous NSA surveillance. Said she, later (reported the Washington Examiner), the man just “looked at me and ran away [empty-handed].” (2) A 29-year-old employee of Sullivan East High School in Blountville, Tenn., swore to police on the scene in October that she was not the one who took money from a co-worker’s purse, and she voluntarily stripped to near-nakedness to demonstrate her innocence. “See, I don’t have it.” Moments later, an officer found the missing $27 stuffed in the woman’s shoe. [Washington Examiner, 10-15-2013] [Associated Press via Times Free Press (Chattanooga), 10-19-2013]

Katarzyna Dryden-Chouen and her husband Clive, busted in a London police raid last year with a marijuana grow operation worth an estimated (equivalent) of $65,000, insisted to a jury in October that their massive haul was not for sale but for “personal” use--in that they worship the Hindu god Shiva, and truly believed that the world would end soon and that they needed a sizable offering to burn. (Actually, the jury bought it. “Distribution” charges were dismissed, but the couple still faces jail for their cultivation activity.) [The Citizen (Gloucester, England, 10-23-2013] [Daily Mail, 11-11-2013]

The Seattle City Council voted in October to seize a waterfront parking lot by eminent domain from the 103-year-old owner after negotiations to buy the property on the open market broke down. The state is funding a six-year tunnel-digging project in the area, and the city has decided it needs the property for not-yet-specified uses--except that in one part of the property, the city said it plans to operate a parking lot. [KCPQ-TV (Seattle), 10-22-2013]

Karma: (1) Larry Poulos was stopped on an Arlington, Tex., street in September, bleeding from a head wound and complaining that he had just been robbed by two men. A friend of Poulos later corroborated that, but police also learned that the money Poulos had been carrying was the proceeds of his having robbed a credit union earlier that evening. He was treated for his wounds and then arrested. (2) At least 44 health workers were struck with a suspected norovirus in September at a Creative Health Care Management convention in Huron, Ohio. (Noroviruses are sometimes called the “Norwalk” virus, named after one notable outbreak in 1968 in Norwalk, Ohio, about 12 miles from Huron.) [Dallas Morning News, 9-5-2013] [Sandusky Register, 9-18-2013]

“Masculine” Values: Breakaway former officials of the Boy Scouts of America met in Nashville, Tenn., in September to establish a Scouts-type organization that can freely discourage homosexuality, with one leader promising Fox News that the result would be “a more masculine” program.” Another prominent attendee, also quoted in the Fox News dispatch, described his sorrow at the BSA’s embrace of gay boys. Since this issue broke, he said, “I’ve cried a river.” [Fox News, 9-8-2013]

In November, Sweden’s National Housing Board, in charge of building codes, ordered the country’s famous Ice Hotel in Jukkasjarvi (built anew annually out of fresh ice blocks) to install fire alarms. “We were a little surprised when we found out,” said a spokeswoman (who acknowledged that the hotel’s mattresses and pillows could catch fire). [The Local (Stockholm), 11-14-2013]

Conscience-Cleansing: Greg Gulbransen of Oyster Bay, N.Y., announced in September that he was about to sue the National Highway Traffic Safety Administration for dragging its feet in implementing the Gulbransen-inspired 2007 federal legislation that he said would save the lives of, especially, toddlers. The un-implemented law would force car manufacturers to install rear-facing cameras as standard equipment, a cause Gulbransen embraced after accidentally, fatally, backing over his own toddler in the family’s BMW SUV. [OpposingViews.com, 9-25-2013]

An exhaustive American Civil Liberties Union report in November showed that more than 3,200 people are serving life sentences in the U.S. for non-violent offenses (about 80 percent for drug crimes). Most were sentenced under “three-strikes”-type laws in which the final straw might be for trivial drug possession, for instance, or for a petty theft such as the $159-jacket shoplifting in Louisiana or the two-jersey theft from a Foot Locker. Said the jacket thief, Timothy Jackson, “I know that for my crime I had to do some time but . . . I have met people here whose crimes are a lot badder with way less time.” Added his sister, “You can take a life and get 15 or 16 years,” but her brother “will stay in jail forever. He didn’t kill the jacket!” [The Guardian (London), 11-13-2013]

(1) Douglas Yim, 33, was convicted in September of murdering a 25-year-old man in Oakland, Calif., in 2011 after an evening of teasing by the man, mocking Yim’s certainty about the existence of God. (2) A 27-year-old yoga fanatic in St. Austell, England, drowned in a pit in May during a well-publicized attempt to create an “out of body experience” to get as close to death as possible but without going over the line. [San Francisco Examiner, 9-4-2013] [Cornish Guardian (Cornwall), 10-30-2013]

Recurring Themes: (1) Lawrence Briggs, 18, was arrested in Marshalltown, Iowa, in November after he walked out of a Sports Page store with $153 worth of merchandise he did not pay for. Moments earlier, he had filled out an application to work at Sports Page, and when surveillance cameras exposed him, managers called him in for an “interview,” and police made the arrest. (2) Troy Mitchell, 47, was arrested after allegedly robbing the Valley First Credit Union in Modesto, Calif., on May 14th. While he was standing at the teller’s window, another employee of Valley First saluted him (“Hi, Troy”) because he remembered Mitchell from April 3rd, when he applied for a car loan. [Times Republican (Marshalltown), 11-5-2013] [The Record (Stockton, Calif.), 10-23-2013]

Australian Marcus Einfeld (a prominent lawyer, federal judge, and Jewish-community leader) was once so revered that one organization named him a "living treasure," but he fell into total disrepute in 2006 by deciding to fight a simple speeding ticket. By March 2009, Einfeld had been sentenced to two years in prison for perjury and obstructing justice for lying in four elaborate detailed schemes to "prove" that he was not driving that day. His original defense (that he had loaned the car to a friend who then passed away) was accepted by the judge, but dogged reporting by Sydney's Daily Telegraph revealed that Einfeld lied, and lied to cover up each successive lie. Encouraged, reporters went on to uncover Einfeld's bogus college degrees and awards and a double-billing fraud against the government. (The speeding ticket would have cost about $80.) [The Australian, 3-20-2009]

Thanks This Week to Scott Huber, John Lafalce, John Leonard, Kathryn Vinson, and Gregory Johnson, and to the News of the Weird Board of Editorial Advisors.

When you click on Bottled Fresh Air at Dupé (du-pay) and try to add it to your cart, you'll get a reminder about the expense of bottled water. 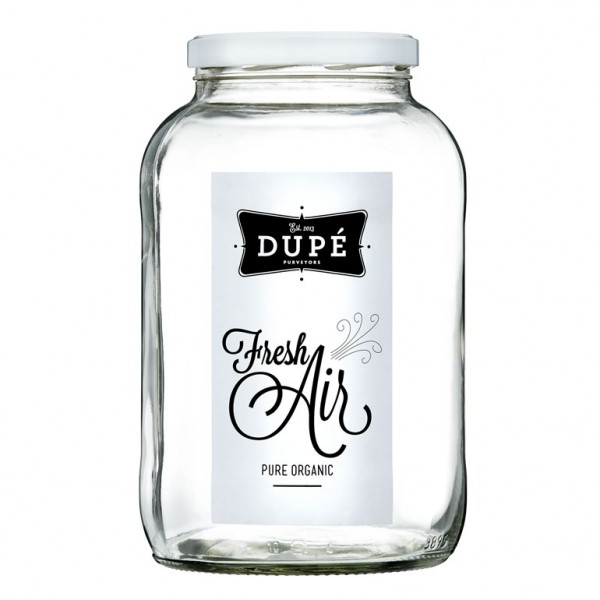 You can also try to buy Good Vibrations, Moonlight, Positive Thoughts, Compliments From Nana, Good Moods, Well-Wishing and Bottled Sunshine. It's a fake site to remind users of Yarra Valley Water to use tap water in Melbourne, Australia.

Because "Nothing is precious and nothing is sacred." 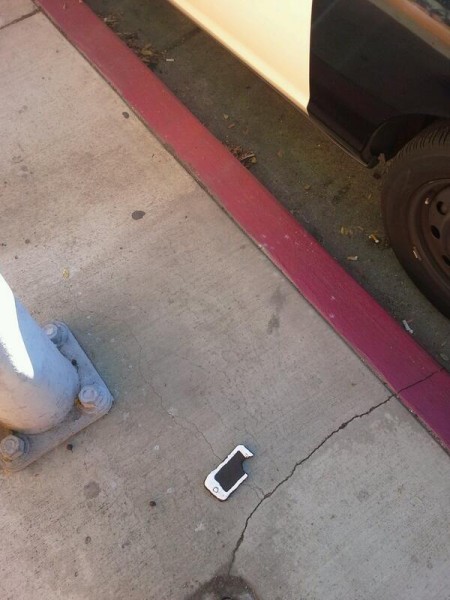 A comedian decided to drive around L.A. talking into his iphone shaped cookies to prank cops. Here's a thought: if you are going to play a practical joke on the police, who are notoriously unreceptive to humor while on the job, be sure you've paid all your outstanding parking tickets. Pissed cop+outstanding warrant=arrest & fine.

Good girls get VD too!

A company called YogaGlo recently received a patent for the concept of an "image capturing device" placed in "a studio having a front area and a rear area" and containing an instructor and a "plurality of students." Which is to say, they've patented the idea of filming a yoga class.

The Washington Post credits the reward of this patent to the "culture of the patent office," which views "more patenting as a good thing" and doesn't like to reject patents lest examiners get "bogged down in never-ending arguments with applicants." 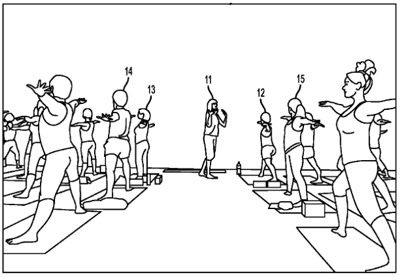 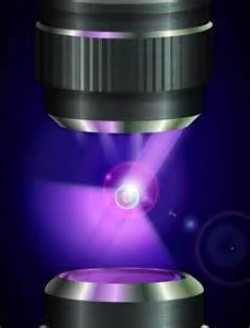 The idea that the universe is a hologram, initially presented in 1997, has been mathematically proven by Japanese researchers. And apparently the checked their work. So, perhaps Poe was right and 'all that we see or seem is but a dream within a dream' or to quote Churchill it's all 'a riddle wrapped in a mystery inside an enigma' on a hologram. 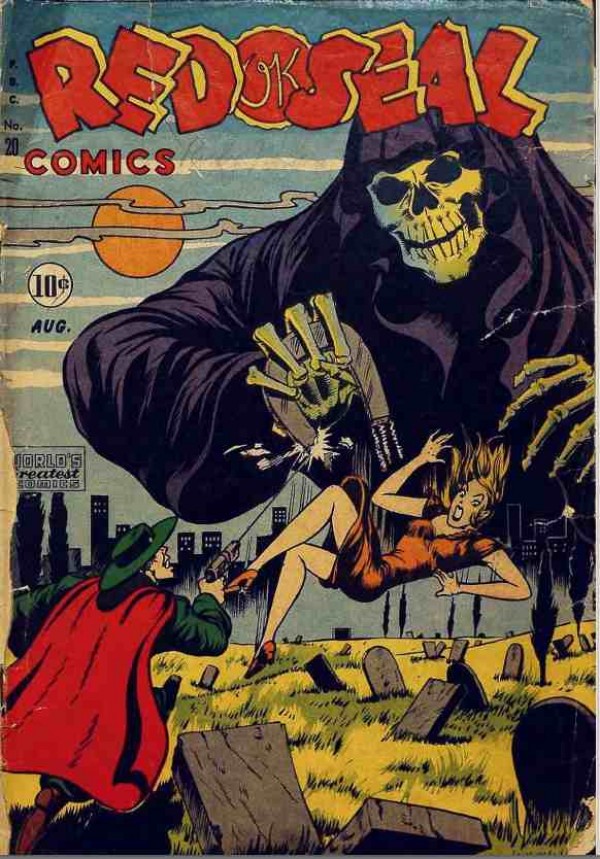 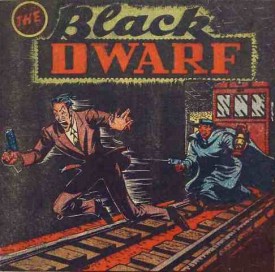 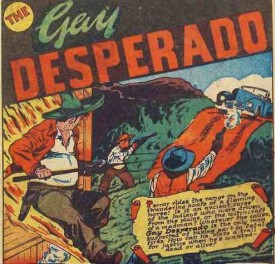 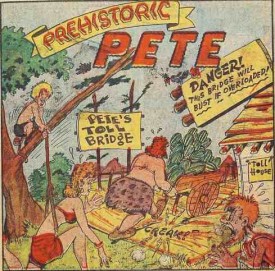 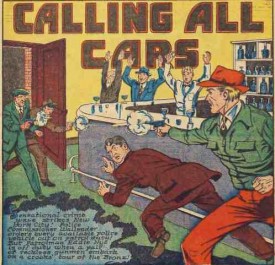 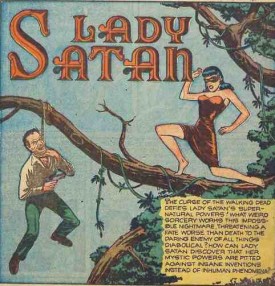 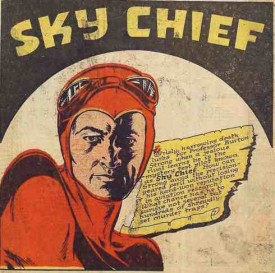 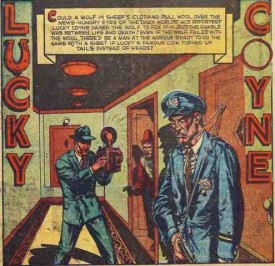 Turn your pants into a musical instrument. Actually, the device attaches to any article of clothing, so it could just as well be drumshirt, drumbra, etc. More info at drumpants.com.