What CAN You Build?

Here's a slide show of some awsome beer can sculptures for your enjoyment. Also check out pictures of some more sculptures here. There are some really creative alcoholics out there!

Weird Universe does not endorse the abuse of cats, even if they are invisible.

Now, why would an editor assign not one but two reporters to this assignment? Sure, the Large Hadron Collider is important science, and even sexy for the layman, in its quest for the Higgs Boson--

Oh, now I get it! You want a byline of "Higgins-Borenstein" so it sounds just like the elusive particle!

"Higg-Bo" might never be another Woodward and Bernstein, but they made my day! 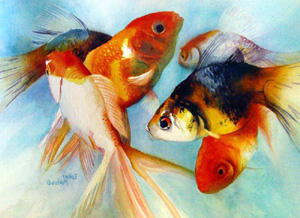 A sexy female cartoon characters top 10. Lets hear from the WU fellas, do you agree or disagree with the list? Who are your CCILF guys?


Working from home can be dangerous Here's a slide show of this years peeps diorama contest, Peep Show IV. The picture is from the Huffington Post

The FBI, charged in 2001 with saving America from impending overrun by terrorists, set out to build a computer system that would at the least allow agents access to whatever is already known by federal and state governments agencies about potential suspects. You won't be surprised to learn that last week Director Mueller said the system is still not ready and won't be ready until 2011 at the earliest. As of 2008, for instance, the Bureau still could not pull up many suspects by ethnicity or religion. Now imagine a unit at Google or Microsoft or Apple telling its bosses in, say, 2005, that a system they had been working on for four years wouldn't be ready for another two years at the earliest. New York Times

Religious grift–er, I mean, preachers Anthony and Harriet Jinwright of Charlotte, N.C., will go on trial next week for tax evasion. The government fears they are conspiring with each other to align their explanations and wants them jailed pre-trial, to keep them apart. The judge acknowledged the problem but declined to jail them. However, he did tell them, Now, Y'all don't be talking to each other. Charlotte Observer

Like many states, Florida is running huge budget deficits–but not so huge that it can't sympathize with yacht-buyers. For them, the state's 6% sales tax is proposed to be capped at $18,000 (the amount due on a $300,000 boat). This bill is touted by its sponsors, of course, not as a gift to the rich but as something that will ease unemployment in the all-important yacht-building industry. Miami Herald