The Holy Chicken of Life and Music

The Holy Chicken of Life & Music from NOMINT on Vimeo. 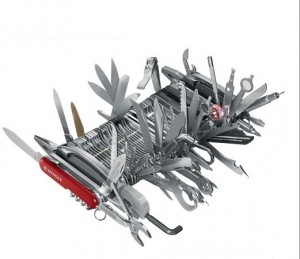 Santa’s Coming in a Whirlybird 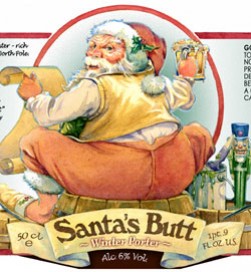 SPECIAL SHORTER HOLIDAY EDITIONS (this week and next): Less for you to read! Fewer distractions for those with other holiday duties! (Regular-length distractions resume January 3rd)

Sophie's Choice 2010, Plus Sluttin' for Bone Marrow and Serenadin' the Pat-Downs

Mom Really Did Always Like Me Best: Toronto's National Post discovered that doctors can now almost routinely snuff out just one of your twins from the womb--in case having two would be, y'know, a bother. [Doctor: Which one shall I abort? Mother: Ehhh--surprise me.] National Post

How Is "Insulting Muhammad" Like "Marijuana Possession"? It's so easy to inadvertently slight the Prophet (in this-here story, merely tossing away the business card of a fella named "Muhammad" will do it), but the charge is used selectively "to settle grudges, persecute minorities, and fan religious extremism." ("Marijuana possession" is widely used in America to get crime budgets up and serve as a substitute for more serious but hard-to-prove charges.) Associated Press via San Francisco Chronicle

A Local Pimp's "Business Plan": A paper found on a suspected pimp by the Alameda County (Calif.) DA included these self-improvement notes: Take care of "my bitches more better"; Find "other ways to work my hoes"; "Stack money to the ceiling"; "Attend the Players Ball in Vegas (cross country pimpin!)." LA Weekly

Can't Possibly Be True: University of Massachusetts Memorial Medical Center in Worcester is a fairly upscale joint (you would think). However, they hired short-skirted models to approach men in New Hampshire malls in full-flirt mode to talk them into giving DNA mouth swabs so that UMass Memorial could browse the results for bone-marrow matches. The catch? A 2006 NH law requires insurance companies to cover such tests (though legislators were told at the time the tests cost about $100; UMass Memorial's consultant was billing up to $4,300). When questioned by the New York Times, UMass Memorial shrugged. We need bone-marrow donors, they said, so what're ya gonna do? New York Times

"Books" and "DVDs" Are So 20th Century: At Toronto Public Library, you can check out humans for a half hour. They have a roster of people different from you, from whom you can learn things (like, say, a cop, or a city-dump supervisor), offering themselves for conversation [Yr Editor, too, is available, free-lance, but prepare to get dispirited.] YongeStreetMedia.ca (Toronto)

Absolutely Nothing Is Weirder Than a Society That Lets Cops Get Away with Framing People: Don't we want to get the real murderer off the street? Don't evidence-planting cops realize, personally, that they're just lazy pussies? Are Americans so frightened--and vapid--that they're OK with sending any warm body to jail for vicious crimes--even if it's the wrong warm body? And, judges: "My family, right or wrong" is one thing; "my legal system, right or wrong" is something else again. Kevin Cooper got turned down again recently for a rehearing, and it's an American's worst nightmare: Can the cops (here, the San Bernardino County, Calif., Sheriff's Office) plant evidence against an in-all-likelihood-innocent man, and send him to the needle, and courts of law will not save him? New York Times /// Wikipedia (Kevin Cooper)

Does this look like an $11 million Christmas tree? The gold and gem decked tree is in a luxury hotel in
Abu Dhabi. I have just one question, where's Nermal?

This is for all of us who can't wait any longer for the ROGER RABBIT sequel.

If you enjoy the second trailer in the first video above, please go on to watch the whole MANSTER movie in the next window! It will enlarge your weekend!

In case you you've not heard of this case before, here's the short version: Four days before the wedding the groom bails out, jilting our poor innocent young lady and leaving her with a bill for $100,000! As this happened in Chicago, he's liable under the law (Not that WUvians care a hoot about that.)

I 've tried, but failed, to find a complete list of expenditures but here's a partial list that should shed some light on the bride's state of mind:
$30,000 for the banquet hall
$11,000 for the flowers & lighting
$7,500 for the photographer (I never made that kind of money!)
$5,000 for the gown and accessories
$600 for the shoes

Just how weird is it that a wedding of Joe Sixpack and Jane Slymfast should cost 6 figures? How much did he know about the arrangements? Hollywood would have us believe that the groom is just a necessary evil at a wedding and should really keep his opinions to himself. So, should he be liable? How about giving him a "two thumbs up" for having enough sense to get the hell out of Dodge in time?

OK WUvians, which side of this weird situation do you fall on?

Video Clip from Fox News on the story