Fellas, know that cringe-worthy moment when you hear about another guy getting a genital injury? Yeah, well here's one for the ladies. A young woman stepped between her husband and his mother while they were arguing around 3am Sunday morning. In the altercation that followed the mother-in-law ripped the other woman's nipple off, completely off. The police were called by the hospital when the injured party came in several hours later to have the nipple re-attached. The victim is refusing to press charges, because family has to stick together I guess.

Fan Is Short For Fanatic

It's not just the Trekkies!

There are some very hardy, tough surfers from Chicago. These people go winter surfing on Lake Michigan, and the recent snowstorm has caused some gnarly waves. Cowabunga dude! 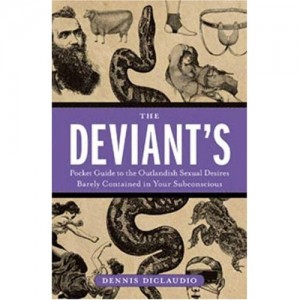 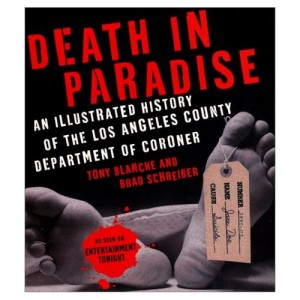 Two special books for that WU-vie in your life. 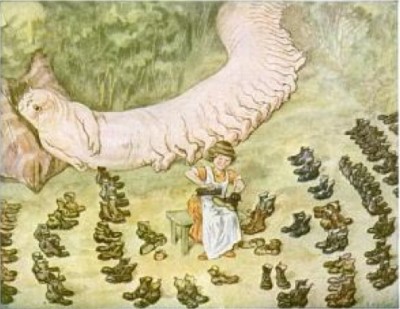 Due Process of Law Meets Faulty Brain Wiring, Plus An Accountant Strips and Anthropologists Rumble

Catch-22, on the Big Stage: David Henderson served on the front lines in the Korean War, and among his souvenirs therefrom was a diagnosis of paranoid schizophrenia, for which he has been getting government help. For enhanced benefits under a 2001 law, he had to apply by a certain 120-day deadline--which he missed, by 15 days, and is now permanently shut out. But wait, said his doctor. Doesn't anyone understand the meaning of "out of it"? He has lost touch with reality. 120 days? 135? Might as well be a thousand days . . or two million. (Justice Breyer: Does anyone think Congress put the deadline in to exclude someone like Henderson?) (Justice Scalia: La-la-la ♫ the statute doesn't say there's an exception ♫ so there's not an exception ♫) New York Times

I Know What I'd Do The 56-year-old man lay in the back of the ambulance, struggling to breathe, while the driver pulled in to a strip mall so close to the man's house that, flat on his back, he knew it was the Subway sandwich shop. Driver ran in, a few minutes later ran out, and onward to the hospital. Man survived and is fine. Ambulance company said all protocol was followed. (Backstory: Driver didn't stop for a sandwich. Driver stopped for sudden-onset diarrhea.) Star Tribune (Minneapolis)

U-S-A! U-S-A! Number . . Oh . . Oh, Dear! In math, an international assessment last year reported that the U.S. finished 31st (behind intellectual powerhouses Slovenia, Estonia, and Liechtenstein, but on the bright side, we kicked Latvia's dumb ass!). Better in science (We have all those Bunsen burners)! 23rd, but still in the shadow of those brainy Slovenians. OK, how about just comparing ourselves lately to Western nations, without those pesky, smart-ass Asians that were in the 2009 mix? Now, 13th in math, 24th (dead last) in science. Polacks (5th in math, 3rd in science) are probably teaching their kids ethnic sensitivity (to stop telling "American" jokes!). Wall Street Journal [perhaps subscription-protected] /// New York Times

Jobs Abroad for the Phillie Phanatic: A mainstream conservation agency in China now routinely dresses a minder up as a large panda bear for the purpose of socializing motherless baby pandas in preparing them for the wild. It is not known, they readily admit, whether the baby panda is fooled. [That's good; try to imagine what they'd be thinking if they knew.] Daily Telegraph (London)

We Ask, You Tell, You Prove: For a modern EU nation, Turkey's military-service homophobia is epic: Absolutely no gays allowed! However, since Turkey requires universal service, homosexuality is a way to avoid the military, for straights as well as gays. The government knows that, though, and gets all up in the face of anyone claiming exemption based on homosexuality. You have to prove it, and for some officials, the only really persuasive evidence is a photograph of yourself engaged in the act . . and then, only if you're receiving! (And they have to see your face, so stop biting the pillow and turn toward the camera!) (Bonus: But the Czech Republic is apparently the only EU country to still hook up the penile plethysmograph to verify the orientation of alleged gays who seek political asylum.) Foreign Policy /// BBC News

The Officially Sanctioned Jesus and Mary World Tour: No amateur sightings this week! The Roman Catholic Church declared that Mary, indeed, did appear once twice three times to a nun in Champion, Wis. (in 1859). Good to know. Associated Press via Forbes

Haggis flavored chips are soon to be marketed in the US. You know, since the demand is so high.

What would you do if you accidentally shredded $6,600 in cash? Over here, shoot my self comes to mind, but in Taiwan there is help available. When a fellow named Lin accidentally shredded T$200,000 (US$6,600) he turned it over to the forensics division of the Taiwanese Justice Ministry's special investigation unit. They help restore damaged cash FOR FREE. One of their forensic scientists was able, in seven days, to reassemble Mr. Lin's cash well enough for the man to receive full value for it. That's one very lucky and I dare say, very happy man!

Doesn't everyone learn to read off cereal boxes?