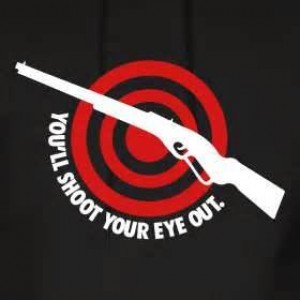 The second zebra citing on Staten Island will have you wondering who needs new locks on their petting zoo.

Officials are having trouble locating the real address for the zoo.

Here's the link from "The Gothamist".

There you'll find another zebra photo from the area.

These spiked "Defense Shoes" introduced in 1955 didn't catch on as women's fashion. 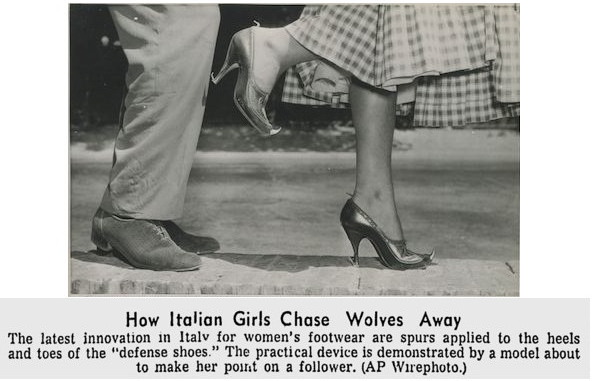 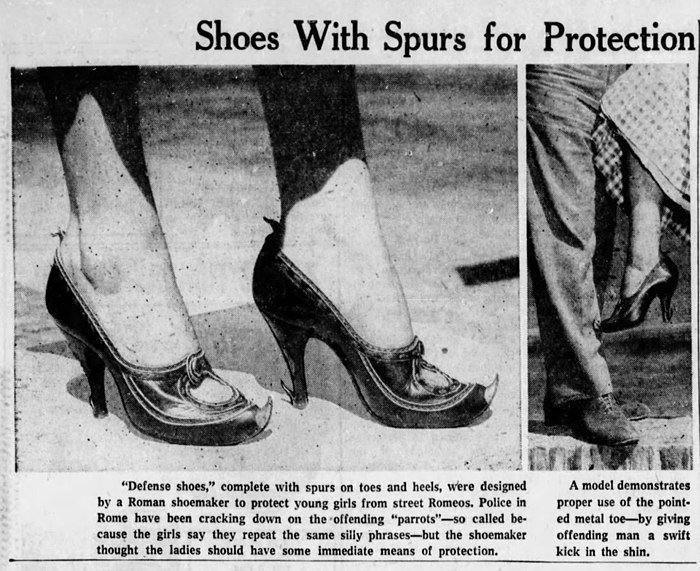 Perhaps because of negative reviews in the press. 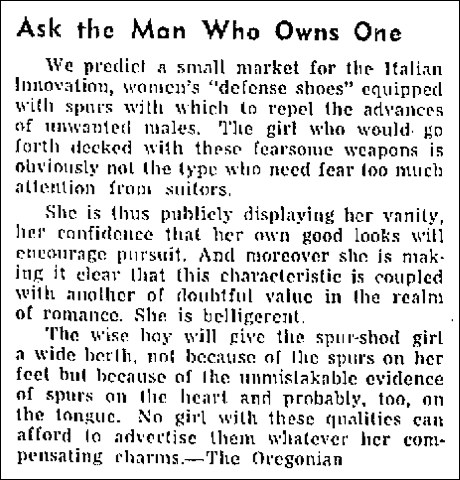 But I wonder if they might have been the inspiration for the spiked shoes worn by Rosa Klebb in 1963's From Russia With Love. 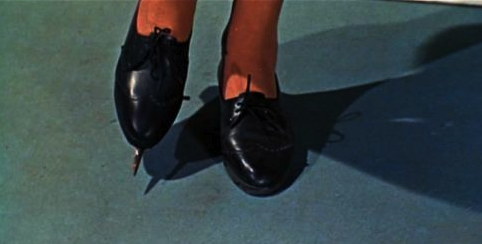 An oxygen-tank bubble dress designed by Hana Marie Newman. It supplies the wearer with a constant supply of purified air, so they don't have to breathe in the polluted air that everyone else is choking on. Reminds me of Emilio Pucci's bubble bonnet that I posted about several weeks ago. [via treehugger] 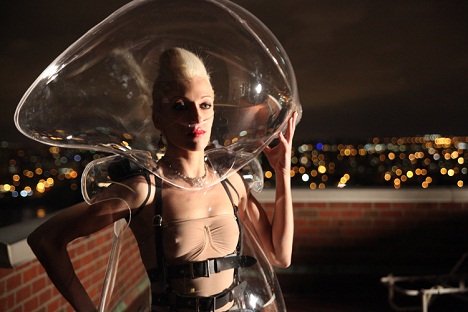 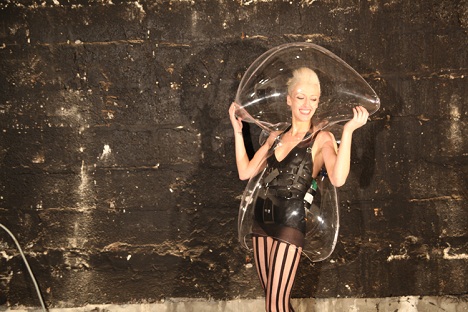 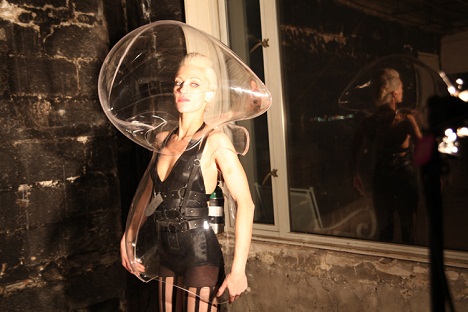 Add nose cells to communicate with the spine.

This video gives me hope for my "less able" future years.