Update: Three weeks ago, News of the Weird touted the "genderless," extraterrestrial-appearing Hollywood makeup artist known as Vinny Ohh, but then Marcela Iglesias announced (following a leaked TV clip) that she had formed an agency for would-be celebrities who had radically transformed their bodies (and that Vinny is now a client). Iglesias's "Plastics of Hollywood" has the human "Ken" dolls (Rodrigo Alves and Justin Jedica), the Argentine "elf" Luis Patron, a Jessica Rabbit lookalike (Pixee Fox), and seven others who, Iglesias figures, have collectively spent almost $3 million on surgery and procedures (some of which are ongoing). (Patron, 25, seems the most ambitious, having endured, among other procedures, painful, "medically-unapproved" treatments to change his eye color.) [Daily Mail (London), 5-26-2017; 5-3-2017]

Richard Patterson, 65, is the most recent defendant to choose, as trial strategy, to show the jury his penis. A Broward County, Fla., court was trying him in the choking death of his girlfriend. (Patterson called the death accidental, as it occurred during oral sex, and there was conflicting medical opinion on whether that could have proved fatal.) Patterson's lawyer said his standby position was to show a mold of the penis but insisted that a live demonstration would be more effective. (Update: The judge disallowed the showing, but in May the jury found Patterson not guilty anyway.) [South Florida Sun-Sentinel, 5-30-2017]

In rare cases, a mother has given birth for the principal purpose of "harvesting" a baby's cells ultimately to benefit another family member with a condition or illness that the cells would aid. However, Keri Young of Oklahoma gave birth in April for a different purpose. After learning while pregnant that her baby would not long survive after birth (because of "anencephaly"), she nonetheless carried it to term--just to harvest organs for unspecified people who might need them (though the grieving Keri and husband Royce admit that some might judge their motive harshly). [Houston Chronicle, 4-19-2017]

In some parts of traditional Japanese society, it remains not-uncommon for someone to feel the need to "rent" "friends." For example, relatives at a funeral bear grief better if they realize the many "friends" the deceased had. Or, a working man or woman may rent a sweetheart just to help deflect parental pressure to marry. In northern China, in April, a man was arrested for renting "family" and "friends" to populate his side of the aisle at his wedding. Apparently, there were conflicts plaguing each family, and police were investigating, but the groom surely worsened the plan by not coaching the actors on his personal details, thus making inter-family small-talk especially awkward. [BBC News, 5-1-2017]

Our Litigious Society: (1) David Waugaman, 57, fell off a barstool last year and needed needed surgery, and of course he is suing the tavern at Ziggy's Hotel in Youngwood, Pa., for continuing to serve him before he fell. Wrote Waugaman, "You're not supposed to feed people so much booze." (2) Robert Bratton filed a lawsuit recently in Columbia, Mo., against the Hershey chocolate company because there was too much empty space in his grocery-store box of Reese's Pieces, which he thought was "deceptive" (even though the correct number of Pieces was printed on the label). In May, federal judge Nanette Laughrey ruled that Bratton's case could continue, for the jury to decide. [PennLive, 5-15-2017] [KCUR Radio (Kansas City), 5-17-2017]

Latest From Offended Classes: (1) Some minority students' organizations, commenting on the planned extensive renovation of the University of Michigan's student union building, recommended ditching the current interior's elegant wood paneling--because it gives off an "imposing, masculine" feeling that makes them seem "marginalized." A spokesperson for the students, attempting to soothe the controversy, said the marginalization was more based on the building's "quiet nature." (2) In Australia, Chanel's just-introduced luxury wood-and-resin boomerang (selling for the equivalent of about $1,415) came under fire from aboriginal groups for "cultural appropriation." (Hermes had issued its own luxury boomerang in 2013.) [The College Fix, 5-15-2017] [Sydney Morning Herald, 5-15-2017]

For not the first time in News of the Weird's experience, a man shot himself but had the bullet pass through him and hit a bystander (except this time it was fatal to the bystander). Victor Sibson, 21, was charged in Anchorage, Alaska, in May with killing his girlfriend even though he had aimed at his own head. Investigators were persuaded that it was a genuine suicide attempt, though he survived but in critical condition.) [KTUU-TV (Anchorage), 5-22-2017]

More Animals With Affordable Healthcare: In April, the annual report of the Association of British Insurers on their members' policies for pet owners noted that among the claims paid were those for a bearded dragon with an abscess, an anorexic Burmese python, a cocker spaniel that swallowed a turkey baster, a cockatoo with respiratory problems, and even a "lethargic" housecat (which nonetheless cost the equivalent of $470 to treat. [BBC News, 4-17-2017]

Legal "Experts" Everywhere! American "sovereigns" litter courtrooms with their self-indulgent misreadings of history and the Constitution (misreadings that, coincidentally, happen to favor them with free passes on arrests and tax-paying), but now, the UK's Exeter Crown Court has experienced Mark Angell, 41, who said in May that he simply could not step into the courtroom dock to state a plea concerning possession of cannabis because he would thus be "submitting" to "maritime law," which he could not legally do on dry land. Judge: "Don't talk nonsense. Get in the dock." Angell was ordered to trial. (Before leaving, he handed the judge a bill for his detention: the equivalent of $2.5 million.) [DevonLive (Exeter), 5-19-2017]

More Third-World Religion: In March, Zimbabwean pastor Paul Sanyangore of Victory World International Ministries was captured on video during a sermon, telephoning God. Clutching a phone to his ear, he yelled, 'Hello, is this heaven? I have a woman here, what do you have to say about her?" (Her two children, one epileptic, the other asthmatic, are then confusingly described by "heaven" as being "changed," and Paul ended the call to resounding cheers from the congregation.) [AfricaNews (Lyon, France), 5-23-2017]

More of the World's Third-Oldest Crime (Smuggling): (1) In the latest awesome drug-mule haul of gold (into South Korea, where it fetches higher prices than in neighboring countries), 51 people were arrested in May for bringing in, over a two-year period, a cumulative two tons, worth $99 million, by hiding it in body parts befitting their biological sex. (2) Customs officials in Abdali, Kuwait, apprehended a pigeon in May with 178 ketamine pills inside a fabric pocket attached to its back. [Daily Mail (London), 5-24-2017] [BBC News, 5-25-2017]

Thanks This Week to Alan Magid and Chip Gorman and to the News of the Weird Board of Editorial Advisors. 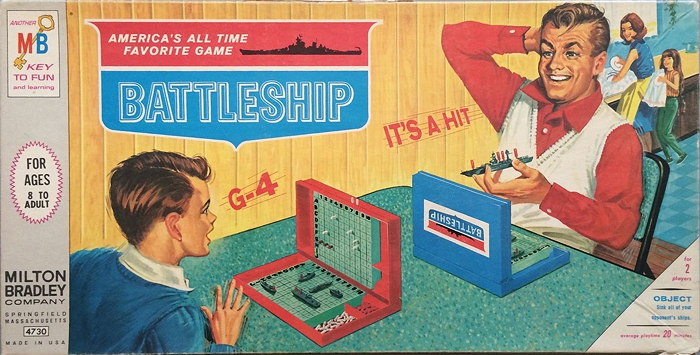 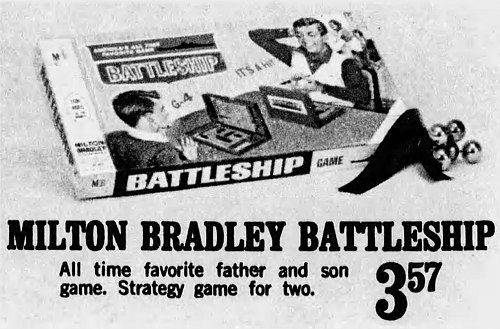 Evidence that birds can read 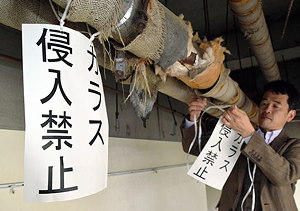 Crow experts over in Japan have figured out a way to stop crows from ripping old insulation material off of pipes (the birds use the insulation for their nests). The researchers simply hung signs that read (in Japanese), "Crows do not enter." The crows seem to be obeying the signs. At least, they abruptly stopped attacking the pipes. This has now been working for three years.

Professor Katsufumi Sato thinks the signs work because people see the signs then look up into the sky for the birds, and when the crows realize they're being observed they fly away. More info: asahi.com

Or maybe the birds can read. I happen to have had in my files an example from 1960 of seagulls in San Diego who obeyed signs ordering them to stop dropping clams on the pavement. 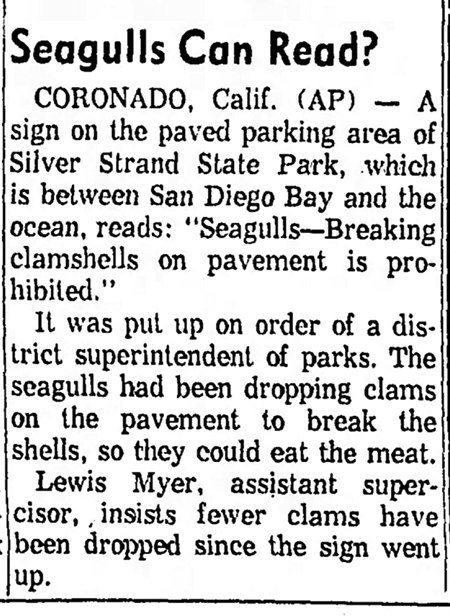 The combination of Donna Stoneman pogo-ing while playing the mandolin, and Ronnie Stoneman's generally dour expression while plucking the banjo, makes for a bizarro mix.

Texas license plates currently display the slogan "The Lone Star State." But before that became the license plate motto, state residents had to fight off a number of attempts to display slogans that weren't quite as manly.

In 1985, Texas highway commissioners voted to display "The Wildflower State" on Texas tags. The phrase would have been printed over a faint outline of a bluebonnet. The idea prompted 57 state lawmakers to sign a letter of protest. Critics complained that the slogan "dealt a blow to the Texas mystique." So the commissioners backed down.

Then, in 1989, the commissioners wanted to display "The Friendship State" on plates. After all, the state motto is "Friendship." But again, popular protests complained that the phrase was "too wimpy."

It was only in 1992 that the commissioners finally gave in to popular demands and started printing "The Lone Star State" on plates.

If you're interested in the history of Texas license plates, Wikipedia has a list of their design by year. 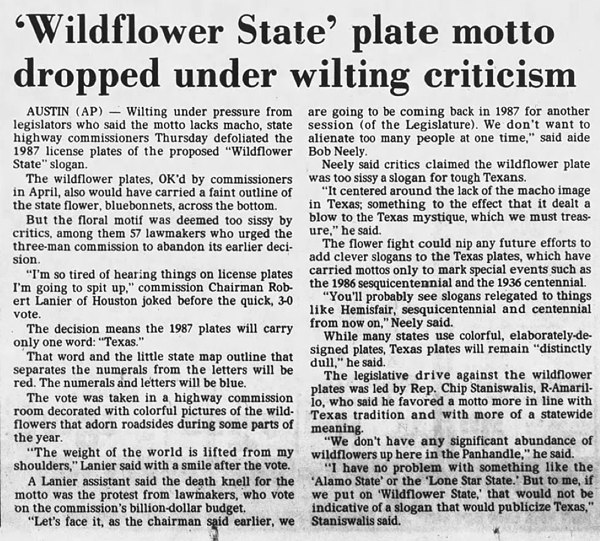 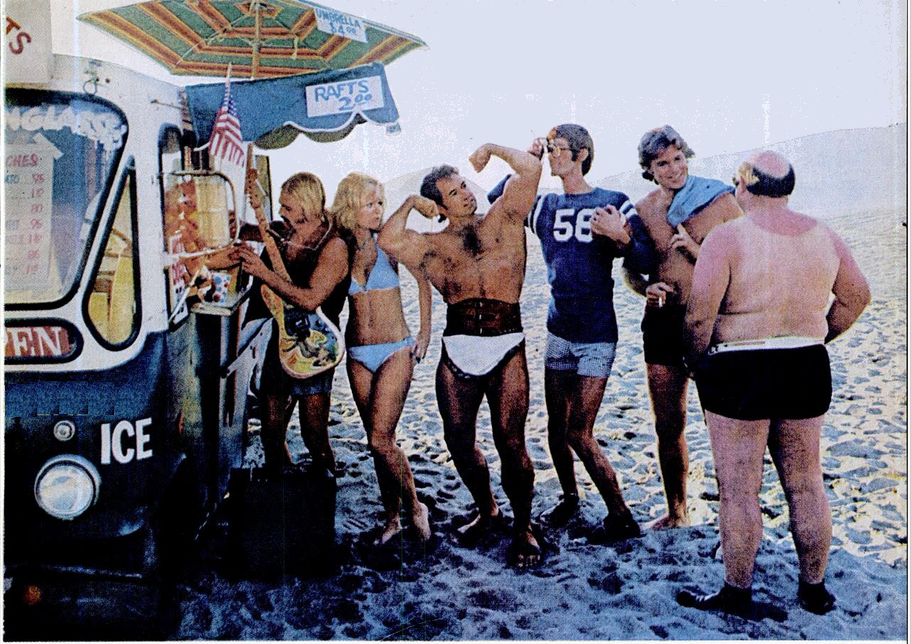 What's the product being advertised? 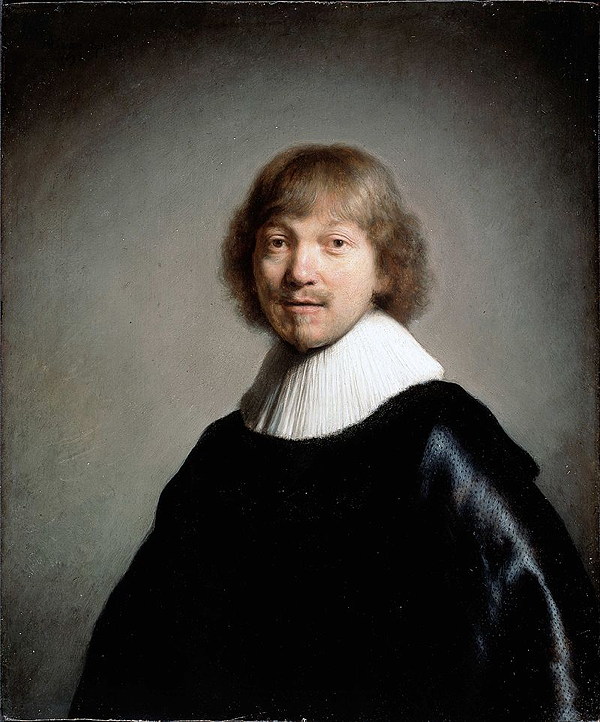 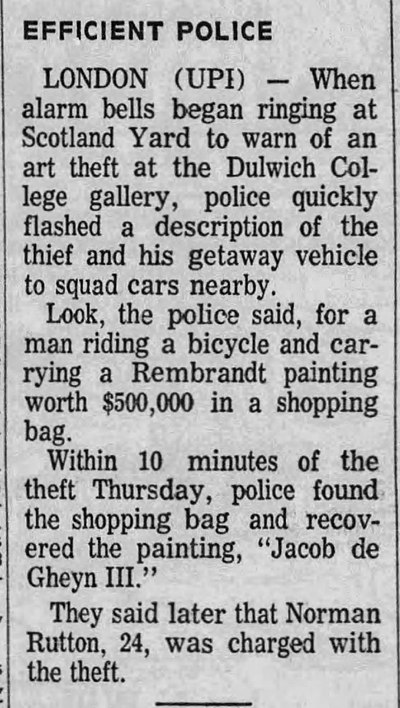