Today I found a clock that tells you the time through words instead of numbers. It's called Qlocktwo. You can buy one here: 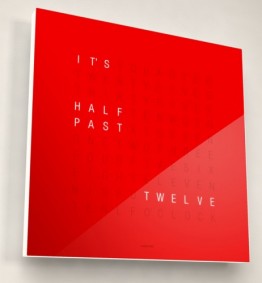 Shouldn't they update this cartoon with regards to the Chinese worker?

Thorpe Park in Chertsey. England has a new rule for guests to follow while on the rides. Scream all you wish, just don't raise your arms. Riders are required to keep their elbows at their sides or they can be kicked off rides. Repeat offenders face expulsion from the park. Are there safety concerns causing this new rule with such strict enforcement? Actually the problem is B.O., that's right body odor. Mike Vallis, director of the park, says there have been complaints about smelly patrons raising their arms and subjecting fellow riders to their sweaty armpits.
Mr. Vallis also indicated that with high temperatures and such scary rides people sweat more, which made the rule necessary for the comfort of all the park guests. Once again an attempt to protect everyone from everything. I've got an idea, if you are that sensitive stay home and let hardier souls enjoy their day. http://www.upi.com/Odd_News/2009/08/18/BO-keeps-elbows-down-on-coasters/UPI-69831250631532/

Back in Forgotten and Unseen Electronics Part 26 I showed you a plant that contacts you using Twitter. I have now found one that follows the sun so it can get all the light it needs called Plantbot. It's made by the people at Play Coalition.I think this would probably creep people out when they visit your house. 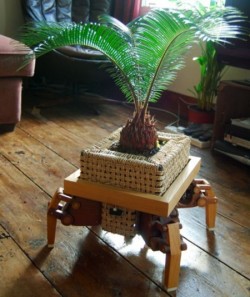 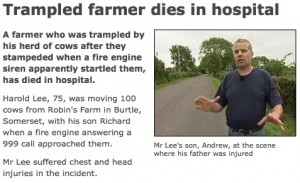 A raid on a Kent, Great Brittan butcher shop/slaughter house saved the lives of two illegal aliens. It seems illegals were promised a safe, productive life in Great Brittan but that is not what was happening. Instead they were being murdered and their organs harvested for transplant. The freezers at the slaughter house contained human remains, but according to one policeman, little more than bones were left. Local Parrish Councilor, Des Robinson, was quoted as saying, "We always knew the sausages were something special, but not that special. It rather puts new meaning to 'full of eastern promise'. I doubt everyone will take it that well if it is proved that is what happened to the rest of the remains. http://news-ebc.co.uk/asylum2.htm

Normally I am as pro-police as anyone. But here I will present you with a couple of examples of, shall we say, over zealousness in enforcing the letter of the law. If fact one is more an example of fraudulent enforcement.

It was a hot summer day in New York, so Richard Lee decided to help his 10 year old daughter, Clementine, set up a lemonade stand at the park. In just 20 minutes they sold 10 glasses of lemonade. Then suddenly they were surrounded by parks department officers demanding rather harshly to see a permit. Of course the father and child did not have one for a kid's lemonade stand so they received a $50 ticket. Fortunately cooler heads prevailed and the commissioner of the parks department, Adrian Benepe, has dismissed the ticket and stated it was a result in improper enforcement of city regulations. http://www.upi.com/Odd_News/2009/08/16/Girl-gets-50-ticket-for-lemonade-stand/UPI-38791250452055/

In Manhattan, New York Shavit Mekeiten parked in an unrestricted space at 3:30 am Thursday morning. After carefully looking for restricting signage he felt his car was finr there till Friday. Six hours later the department of transportation came by with a work order to increase the New Zealand consolate's diplomatic parking by one space. The D.O.T. workers moved the diplomatic parking only sign behind Mr. Mekeiten's car infront of it. Next a city tow truck came along and towed the car over the protests of witnesses to the sign being moved. After spending $180 for the tow, $95 for the parking ticket, and an entire day of his time to get his car back, Mr. Mekeiten is contemplating legal action. But as he points out, that will just cost him more time and money in the long run.
http://www.nypost.com/seven/08102009/news/regionalnews/car_towed_after_sign_switcheroo_183787.htm