September in the Rain Cartoon 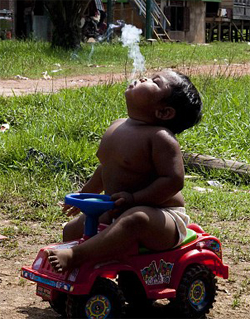 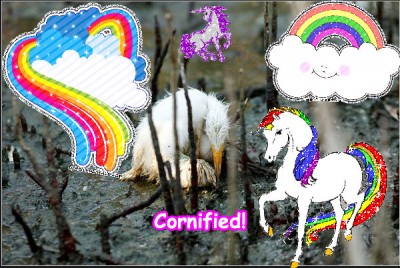 Drunk Up To Their Eyeballs

The next big (stupid) thing with kids is vodka in the eyes. That's right kids, already drunk, are then putting vodka in their eyes to get drunker. It apparently hits the system faster and is becoming a popular fad. Ophthalmologists are saying it is dangerous because the alcohol content is enough to damage the cornea and cause scaring. Darwin must be pleased to be proved correct once again.

There are many safety issues with the airlines of late, being sexually assaulted while sleeping during a flight should not be one of them. Unfortunately that was the case on a recent flight from Hong Kong. A woman fast asleep in her seat was groped by the man in the next seat. Two other passengers witnessed the man touching the woman's genitals and inner thighs with one hand while his other hand and napkins were in his pants. Taking decisive action the witnesses kicked the woman's seat to wake her. Chivalry is not dead, just a little timid.

More stupid criminal stories include Anthony Brandon Gonzales' attempt to hide his face behind a mask which still revealed his lip tattoo -- and his "13" goatee tattoo. 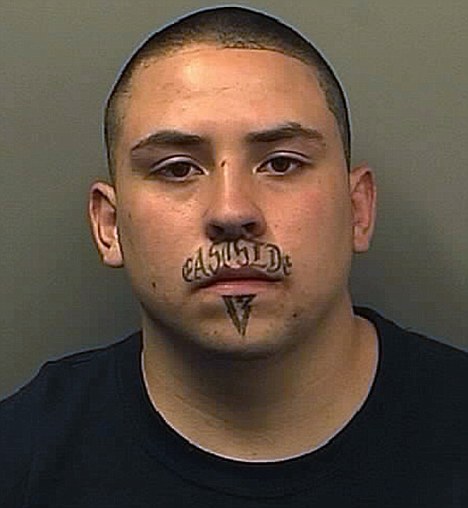 I'm guessing for the line-up they'll have to draw tattoos on the innocent guys -- just don't use permament marker!!

Puppetry of the Penis


Second NSFW clip after the jump.