Prime Cuts of Underreported News from Last Week, Hand-Picked and Lightly Seasoned by Chuck Shepherd
May 24, 2010
(datelines May 15-May 22) (links correct as of May 24)

Mindless Nation: People oughta know better, but still– . . . The New Living Expo in San Francisco showcased $1,200 machines guaranteed to suck out your toxins, and a $249 silver amulet to protect you from deadly "cell phone radiation," and a $15,000 Turbo Sonic if your red blood cells need to be de-clumped. Meanwhile, a Canadian study found that 97% of people who admitted buying "anti-aging" products didn't think they'd work but nevertheless had a need for hope (like those who buy the $525 Euoko Y-30 Intense Lift Concentrate, derived from "viper venom." In other news, it turns out that that guy who flouted his own Social Security Number in order to sell his "LifeLock" identity-protection service has--duh!--had his identity stolen at least 13 times since he started advertising it, but still, customers keep coming, at $10-$15 a month. San Francisco Chronicle [link to story the previous week] /// Canwest News Service via Montreal Gazette /// Phoenix New Times via Wired.com

War Is Hell: (1) Shouldn't the Army have realized before now that its standard-issue M4 rifles don't play well in Afghanistan because the enemy targets are often a half-mile away and not in much closer quarters, as in Iraq (and Vietnam)? (Army's solution: Nine people in every unit–not 10, not 20, not "all"–are equipped with M-110 longer-range rifles.) (2) A guy's Army Reserve unit got sent to Iraq, and his wife consequently went into a deep depression, including not keeping up with the mail or homeowners' association fees. The guy gets back to find his $300,000 home was sold by the association for $3,500, and he has only a slim chance of getting it back. Associated Press via ABC News /// WFAA-TV (Dallas-Ft. Worth)

The American Omar Hammami, now known in Somalia as Abu Mansoor al-Amriki, has made five jihadist rap songs for your Internet streaming-audio pleasure (It all started out in Afghanistan / When we wiped the oppressors off the land / The Union crumbled, rumbled, and tumbled / Humbled, left them mumbled / Made a power withdraw and cower). (But if "rap" is "music," he'll need a protective fatwa because "music" is not permitted in radical Islam.) ABC News [contains links to the audio]

If you were a Saudi woman, this would be a watershed moment–maybe like America electing a black president or something: In the city of Al-Mubarraz, as a sex cop (i.e., the fabled Commission for the Promotion of Virtue and Prevention of Vice) approached a young couple to demand the woman's ID, she kicked the cop's butt. Charges are pending, but women all over the country are getting ideas in their heads. The Jerusalem Post

Who knew? The District of Columbia government gives away condoms by the handful, but the men and boys of Washington are apparently such fussy préservatif connoisseurs that they're demanding Trojans, and especially Trojan Magnums, instead of standard-issue Durex. Washington Post

And who knew that there were super-randy Chinese couples at all, much less orgiasts? Well, computer science professor Ma Yaohai, 53 (screen name: Roaring Virile Fire) knew, and organized a swingers' club, but now he'll be serving 3½ years in prison for "group licentiousness" (but his fellow orgiasts avoided jail time). New York Times [NOTE: In case you're wondering, the domain RoaringVirileFire dot com is available!]

It's supposedly a common sight on the playing fields of Silicon Valley, and next month there's a world championship in Barbados. It's Segway polo! The probable favorite of the eight-nation tournament is the Barbados Flyin' Fish, but don't rule out Steve Wozniak's Silicon Valley Aftershocks. San Jose Mercury News

She, a pregnant young woman, thrown out by her family. He, a heartbroken lover, mourning the loss of his fiancee the day before the wedding. Both were despondent and chose the 'only way out' on the same bridge. Maria Petrova, 21, having arrived first was climbing up to jump when Andriej Ivanov, 26, came onto the scene. He called out to her to stop and she jumped-into his arms. They became a broken hearts club for two and are now in love with each other and planning to wed. As for any children the two might have together, I wonder, does Prozac make baby formula?

This video at the link shows the heart warming reunion of a wild gorilla and the man who raised him. After 5 years in the wild the animal could have rejected or even hurt the human, but instead joyously accepted him, even introducing the man to his family. Farther down the page at the same link is video of a full grown male lion, in the wild, also lovingly reuniting with the men who rescued him from a cage. The men raised him till the lion was too large to keep and returned him to the wild. Later they risked their lives to visit the animal who accepted them with a display of love tha brings tears to the eyes. The particulars are available at the link too, but the stories of love surpassing instinct are more the point. And some people don't think animals have souls. 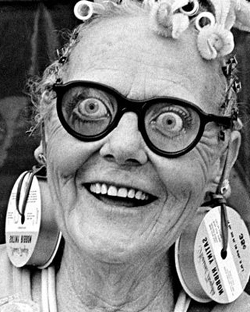 What to do when there is no crop to harvest? Build robots to pull your rickshaw. Wu YuLu (he even has the right first name!!) is displaying his robots at the World Expo.

I like the mechanical cat who wakes the dog!! 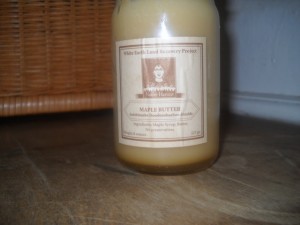 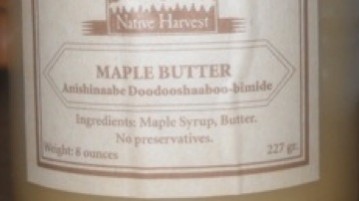 For that special Halloween party that no one will ever, ever forget.

50 Most Extraordinary Churches of the World