Our Imminent Squid Overlords, Plus U.S.-Sanctioned Pedophilia and Porcelain Muses of the Rich and Famous

Humboldt Squid Are Gettin' Restless: Let's go to the stats--up to 8 ft. long, up to 100 lbs., 40,000 or more teeth, 8 swim/hold tentacles plus 2 "attack tentacles," darting along at 15 miles an hour, migrating up the Pacific coast, with females capable of laying 30 million eggs. "Two Mexican fishermen were recently dragged from their boats and chewed so badly that their bodies could not be identified even by their own families." Daily Express (London)

The Jolly, Perky Numerary: The articulate Ms. Sarah Cassidy, 43, granted a cheerful interview to London's Daily Mail about how cool it is not only to be celibate but to bring the pain to herself for two hours every night to be reminded that God is love. [Yr Editor dislikes articulate weird people because, well, now that she explains herself, she appears wise and penetrating.] "[Our materialistic, hedonistic society]'ll understand [pain] if you go jogging and pounding the streets . . . just because you want to be thinner"--or Botox injections or leg-waxing or cramming your toes into tiny shoes, "but they won't understand" Sarah's wrapping the tight-spiked "cilice" around her leg nightly for God. Sarah is upper-level Opus Dei. Daily Mail

For Ahmadinejad, the Time Has Come . . to Wipe Out Iranian Blue Balls (update): One of the many loose laws that Shi'ites accept but that Sunnis get ticked off about is this "temporary" marriage thing, where depending on local custom, men can shack up with gals for from an hour to 99 years, as long as they go through Islam to do it, and some imams are quite liberal, i.e., prostitutes acceptable. Ahmadinejad, looking for some catnip to toss to Iran's disaffected progressives, has once again introduced legislation to permit, and regulate, temporary marriages. Women's activists went nuts. Haaretz (Tel Aviv)

News of the Overprivileged: "The first day of school is like a movie premiere," said Mia Lin, 16, of Framingham, Mass., speaking for all her BFFs and competitors trying to "redefine [their] style[s]," to achieve the necessary "swagger" (which Mia does with the help of her inventory of 90 pairs of shoes, which is one problem, at least, that Pakistani and Haitian teenagers don't have right now). Boston Globe

Dirty Little Secrets of the Week: (1) U.S. soldiers and Marines are getting creeped out by Afghan Pashtun men in the south who routinely walk around displaying, hand-in-hand, their little pretty boys (ages 9-15). It's (a) tradition and (b) one way around all that burqa business where men can't even glance at their own pre-betrothed females, much less anyone else's. President Karzai, a Pashtun, hasn't been caught yet. (2) Russia's finance minister publicly urged people to step up their already-legendary intake of vodka and nicotine--because those products are heavily taxed. [ed. More Dirty Little Secrets in Weird 2.0, Below] San Francisco Chronicle /// Agence France-Presse via CBS News 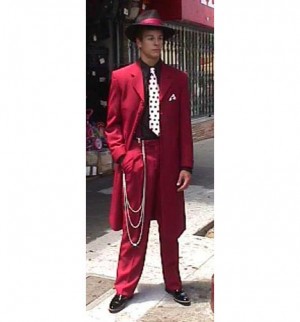 If you're like me, you thought that "zoot suits" were a dead fashion from the 1940s. No way!

Check out the rainbow of choices here.

A British retiree with alot of time on his hands has completed an unusual do it yourself project. Deciding to combine his interest in the classic British red Telephone Box and his desire for a functioning outhouse he converted the former to the latter. As can be seen above, this outhouse is no simple hole in the ground, but a complete modern restroom. Interested in one of these classic British icons? They are actually sold online as well. 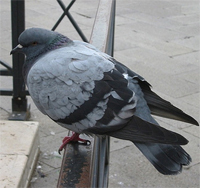 If you thought Blue Velvet was creepy....

Names will not be changed, to protect the only reason this story is weird!