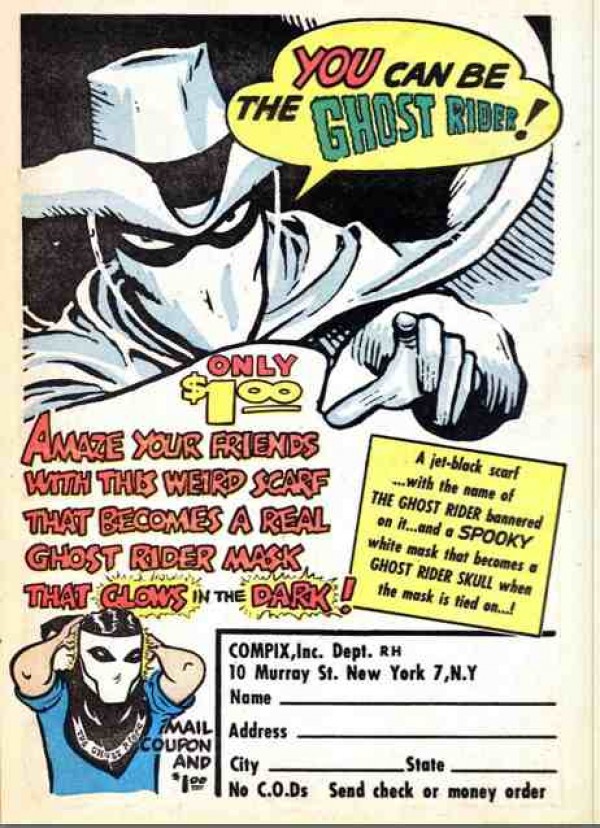 Ludwick Marishane, inventor of DryBath Bath-substituting™ skin gel, has been trying to raise money to promote the DryBath™ No-Bathing Weekend. The idea is that you buy his DryBath sachets and simultaneously pledge not to wash with water for a couple of days. He hopes this will "bring awareness to the billions of people who don’t have water to bathe when their health depends on it."

To sweeten the deal, Ludwick made his own pledge:

PREVIOUSLY ON WEIRD UNIVERSE; At a June hearing, a Philadelphia judge became so exasperated at defendant Robert Williams’s seeming cluelessness about his need to keep his probation appointments that she ordered him to take “etiquette“ classes before returning to court. Williams, a rap singer and budding music mogul still under court supervision on gun and drug charges from 2008, cavalierly defended his inability to find time for his probation officer by explaining that he was a busy man, working with seven “artists,” with a demanding travel schedule, and uninhibitedly using social media (creating posts that, allegedly, led to threats against the probation officer). (Williams, of course, was accompanied to court by a several-man entourage.) [Philadelphia Inquirer, 6-30-2013]

PREVIOUSLY: An atheist “church” in Lake Charles, La., run by lapsed Pentecostal Jerry DeWitt, conducts periodic services with many of the trappings expected by the pious--except for the need to believe in a supreme being. Such “churches” (reported the New York Times and Washington Post in coincidental stories the same day in June) can help soothe the “biological” needs for survival and avoidance of loneliness by congregational rituals (such as celebrating a Sabbath) and in helping find meaning “in something other than [oneself].” For example, atheist Sigfried Gold praised a “rigorous prayer routine” (beseeching a “vivid goddess he created”) in overcoming his weight problem. [New York Times, 6-24-2013; Washington Post, 6-24-2013]

War Endangers War Relics: In June, fighting in the Syrian civil war spread to its west, threatening archaeological digs and already-recovered artifacts near the ancient city of Hamoukar--which is the site of history’s earliest known urban warfare (about 5,500 years ago). [LiveScience.com, 6-24-2013]

The business website Quartz reported in June that a popular consumer item in North Korea’s perhaps-improving economy is the refrigerator, made in China and increasingly available as a reward to stellar performers among civil servants and other elites. The appliances, however, cannot reliably store food because the country’s electric grid is so frequently offline and are mostly just status symbols. One item Quartz says often gets displayed in the refrigerator: books. [Qz.com, 6-18-2013]

Robert Dugan, 47, a full-time patrolman for the Delaware County (Pa.) Park Police, was charged in June with illegally impersonating a police officer. According to authorities in Brookhaven, Pa., Dugan had accosted a woman double-parked outside her home to pressure her into moving the car, but she refused. Dugan allegedly claimed he was an Upland Borough police officer (with authority to write parking citations and make arrests, which he did not actually have). [Delaware County Daily Times, 6-2-2013]

PREVIOUSLY: Shower rooms in health clubs are slippery enough, but Marc Moskowitz, 66, cited the one at the Bally Total Fitness gym on East 55th Street in New York City as especially dangerous, according to his recent lawsuit to recover expenses for a broken shoulder suffered in a fall. Moskowitz claimed that so much gay male sex was occurring in the shower and locker-room area (unsupervised by Bally) that he had probably slipped on semen. [New York Daily News, 6-19-2013]

Lame: (1) PREVIOUSLY: Rodger Kelly was arrested in St. George, Utah, in June for rape of a female neighbor, but he told police that he committed the act only to “save” her, since he had discovered her “cold” and unconscious. He had violated her body only “to try and get her temperature up,” according to the police report. (2) The low-cost air carrier GoAir of New Delhi announced in June that in the future it would hire only females for the cabin crew--because they weigh less than men (and expects eventually to save the equivalent of $4 million annually in fuel based on average weights). [Salt Lake Tribune, 6-10-2013] [The Times of India, 6-28-2013]

PREVIOUSLY: In May, former schoolteacher Kathleen Cawthorne, 33, of Rustburg, Va., successfully negotiated a reduction in her 11-year sentence for having sex with an underage student. Cawthorne’s punishment was set at only four months in prison when she presented the judge with a clinical diagnosis of “hypersexuality,” supposedly showing that she had little ability to control her desire to seduce the boy. [New York Daily News, 5-24-2013]

PREVIOUSLY: Floridians Standing Their Ground: In May, a jury in Tampa decided that Ralph Wald, 70, was not guilty of murdering a 32-year-old man he had shot in the back three times. He said he had caught the man having sex with his wife (successfully claiming that he thought the man was a dangerous intruder in his home). However, Marissa Alexander, 34, of Jacksonville, was sentenced last year to 20 years in prison for “aggravated assault” for merely firing a warning shot during an altercation with her estranged husband. The man, Rico Gray, is a serial domestic abuser and admitted that he was threatening Alexander that night and that she never actually pointed her gun directly at him. However, the judge denied Alexander use of the “stand your ground” defense because she had declined to simply walk away from Gray. [Tampa Bay Times, 5-30-2013] [Miami Herald, 5-28-2012]

PREVIOUSLY: (1) According to Chicago police, Gerardo Perez, 50, broke away while on a tour in May of the Chicago Animal Care and Control Facility because he had been struck with a sexual attraction. He was discovered minutes later on his hands and knees beside a pit bull, “appearing to have just had sex with the animal.” according to a report on WMAQ-TV. (2) Shaun Orris, 41, was charged with disorderly conduct in Waukesha, Wis., in June after raising a ruckus outside the Montecito Ristorante Lounge, harassing passersby by loudly expressing his “constitutional right” to have sex with goats. [WMAQ-TV (Chicago), 6-3-2013] [WaukeshaNow.com, 6-17-2013]

Not Well Thought-Out: (1) PREVIOUSLY: A 64-year-old man was arrested in Geelong, Australia (near Melbourne) in June after carjacking a 22-year-old woman’s vehicle. He was still on-scene when police arrived, as it took him time to load his walker into the car, along with several bags he had nearby when he decided to commandeer the vehicle. (2) A well-dressed, 5-foot-10 man bailed out of an attempted robbery in May of a New York City Bank of America when, after handing a teller his holdup note, the woman panicked, began screaming “Oh my God!”, ran to the other side of the bank, and dived under a counter. According to a witness, the robber stood in silence for a few seconds before fleeing. [Geelong Advertiser, 6-24-2013] [New York Post, 5-18-2013]

PREVIOUSLY: When last we checked on Wesley Warren, Jr., 49, of Las Vegas, he was delaying his inevitable surgery to repair his permanently-inflamed, 140-pound scrotum (“scrotal lymphedema”). He said at the time that he was enjoying the many television and radio appearances discussing his plight and that he feared becoming a nobody again after the surgery. He has now had the 13-hour operation, done pro bono by Dr. Joel Gelman of University of California, Irvine, and will soon be walking without hindrance, but his latest dissatisfaction, he told a British TV show in June (reported by The Sun), is that the surgery left him with a penis about one-inch long. [The Sun, 6-21-2013]

Lonely Japanese men (and a few women) with rich imaginations have created a thriving subculture ("otaku") in which they have all-consuming relationships with figurines that are based on popular anime characters. "The less extreme," reported a New York Times writer in July, obsessively collect the dolls. The hardcore otaku "actually believes that a lumpy pillow with a drawing of a [teenage character] is his girlfriend," and takes her out in public on romantic dates. "She has really changed my life," said "Nisan," 37, referring to his gal, Nemutan. (The otaku dolls are not to be confused with the life-size, anatomically-correct dolls that other lonely men use for sex.) One forlorn "2-D" (so named for preferring relationships with two-dimensionals) said he would like to marry a real, 3-D woman, but "look at me. How can someone who carries this [doll] around get married?" [New York Times Magazine, 7-26-09]

Thanks This Week to Peter Smagorinsky, Margaret Thomas, Paul Zellman, Sandy Pearlman, and James Hoban, and to the News of the Weird Board of Editorial Advisors.

Is that kopi luwak coffee?

The Geometry of Squirrel Hunting 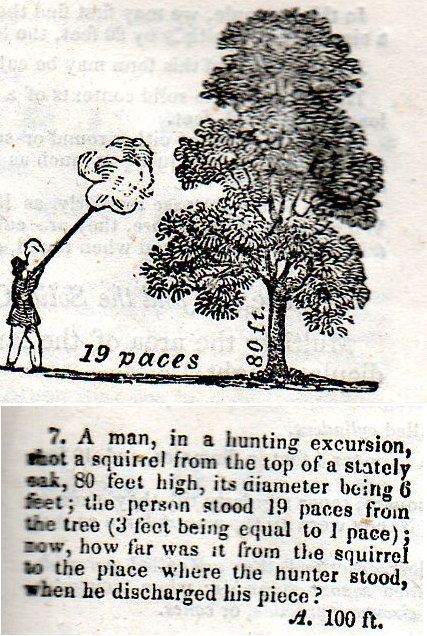 When the spirits of the dead communicate with psychics, why do they invariably choose to communicate with single letters instead of full words? For instance, instead of saying, "My name is Mary," they'll say "My name begins with an M or a J." Actually, forget it. I know the answer to that.

This is a test to determine the percentage of WUviness you have coursing through your veins.
So, in the comment section please use one word responses, YES if you get it or NO if you don't.

Urine-powered batteries have been around a long time, but have been lacking in practical applications. But now researchers at the Bristol Robotics Laboratory have souped one up enough to get it to charge a mobile phone. Looks a bit big, but if they could shrink it down enough to fit in a briefcase, you'd never run out of juice.