Look Out For A Flying Christmas Tree


How often do you suppose air traffic controllers have to issue this warning to pilots: 'Watch out for a flying Christmas tree'?

In a day and age where election results have been contested all the way to the US Supreme Court a small township in Pennsylvania settled a tie in a arbitrary but amicable way. Greenfield township near Hollidaysburg had the two candidates for a seat on the township board draw numbers, lowest number wins. Republican Helsel drew 12, Democrat Claar drew 8 and took the election. Very civil of the civil servants involved.

A pub in Great Britain has installed video games above the urinals in their men's restroom. The guys use their urine stream to control the game. Wow, we really do expect to be entertained every waking moment now a days.

Durham Crematorium in the UK is proposing a deal where they sell the energy generated by cremations to the national energy grid. They already heat their business offices and the on site chapel this way. The idea is not without precedent either, in another part of Great Britain a crematorium provides the heat for a local swimming pool. Creepy or energy efficient, what say you? 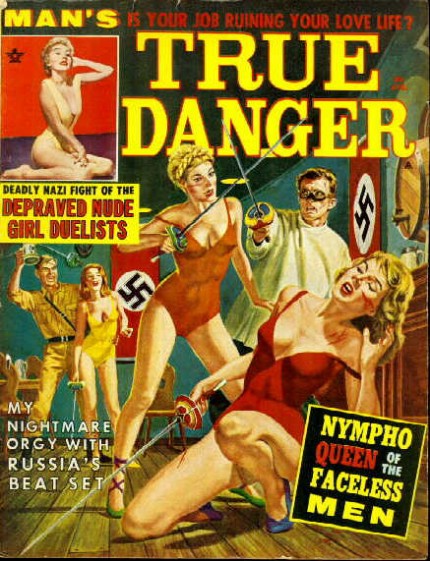 Refining the Boredom Art Form, Plus More Things to Worry About

James Ward's Boring conference in London sold out this year. 2010's inaugural ennui-a-palooza [NOTW M198, 1-23-2011] had such intellectual dynamite as a PowerPoint presentation of the color and materials of a man's neckwear collection from one year to the next and another sponsoring a milk-sampling, using wine glasses, measuring taste and smoothness. This year's highlight: a seminar on the square root of two. The Independent

Need to be fashionable? Fine. Identify with sub-mainstream cultures? Groovy. Tell the world's squares you're not like them? Check. How about if all that involved building a three-inch-wide hole in your ear lobe to stick tokens in or hang stuff from? In that case, perhaps it's time for you to give Saphris® a try. In the UK, "ear-stretching" is on the rise, and while most open up just slightly more than with ordinary ear-piercing, there are "gauge-queens/kings." who keep widening the hole over time until . . well . . peek-a-boo! Soon, of course, the Now-Why-Did-I-Do-That? industry will be coming to the rescue (the most complex ear surgeries of which can run up to £8,000 [$12,350]). BBC News

That woman who climbed inside the dead horse [Pro Edition, 11-7-2011] has been outdone--sort of. What if you did that sort of thing for a living? An otherwise-upbeat Washington Post dispatch from Kabul, on how U.S. contractors are helping Afghans to upgrade their businesses, mentioned the poor state of the country's slaughterhouses. "Butchers wore sandals as they hacked away at animals . . just [cutting] off pieces with no rhyme or reason." "One slaughterhouse employee, a dwarf, was responsible for climbing inside the water buffalo carcasses to cut out their colons." Washington Post

The Area of His Expertise: District of Columbia Councilman Marion Barry complained that it's not enough that job recruiters in the notoriously inefficient D.C. bureaucracy are forbidden to ask applicants about any criminal record they may have. He has proposed extending the restriction to private employers, too, i.e., if you've done your time for those bank robberies, hey, that part of your life is none of the recruiter's damn business. (Once a boss has made the bank robber an offer, then he can ask about a rap sheet.) Washington Post

What Patty wants, Patty gets!

Generally safe for work, except for suggestive dialog and Big-O faces and rubbings and squirmings.

"I believe in mackerels."