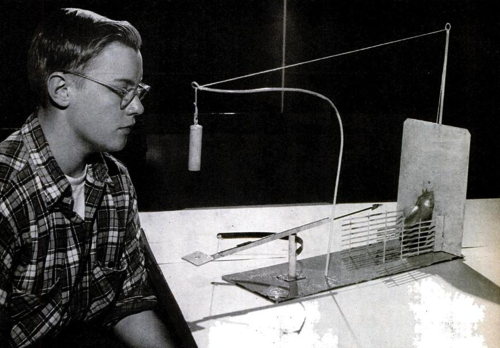 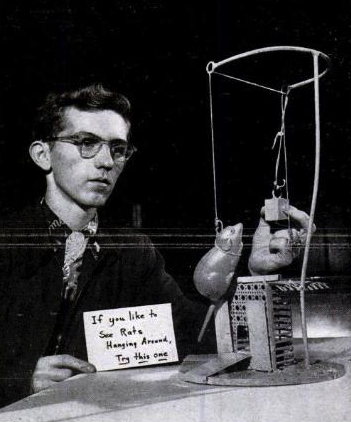 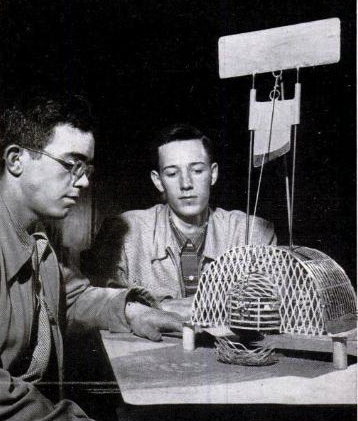 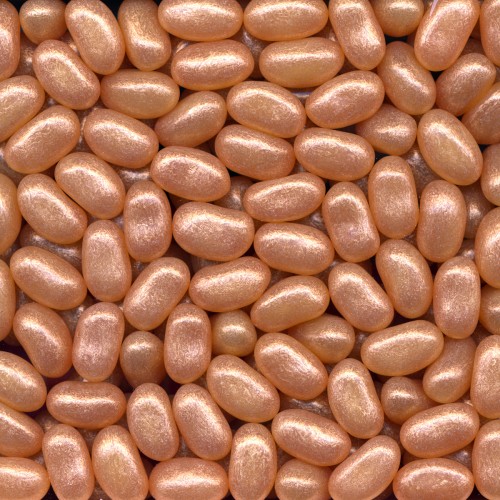 Beer flavored jelly beans are now available from Jelly Belly! Can Sangria and Merlot flavors be far behind?

In rare cases the bad stuff happened to Little Audrey and then people laughed and laughed at her.

You can find some more info about Little Audrey (and more jokes) in B.A. Botkin's book The American People: Stories, Legends, Tales, Traditions, and Songs.

A few of the jokes: 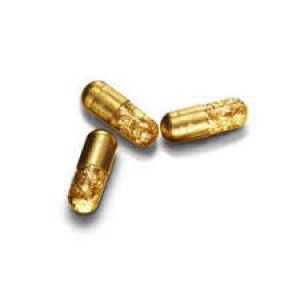 Imagine it, a widely used and comfortable replacement for the colonoscopy. Well, soon it could be a reality. The PillCam is just that, a pill that holds a camera at each end. There was a first generation with one camera, the new one is second gen. The tech is affordable enough that the pill need not be retrieved after it is passed, there's some good news huh? It is FDA approved and in trials currently.

picture is from yahoo images.

I understand James Cameron is already adapting parts of this for the Avatar sequel, along with all his other "influences."

PREVIOUSLY ON WEIRD UNIVERSE: The International New York Times edition published in Kuala Lumpur on January 22nd carried a page-one story noting increased worldwide demand by meat processors for pigs raised in the fresh air rather than enclosed in pens--and illustrated by a photograph of a cluster of pigs feeding in an outdoor stall. However, the Malaysian printer (who had downloaded the digital pages and set them to paper) had added black boxes to cover just the faces of each pig in the photo. “If there is picture of nudes or [the] like, this we will cover [up],” a publisher’s spokesman told the Malay Mail. “This is a Muslim country.” (The story, headline, and photo were otherwise identical to the versions that appeared elsewhere in New York Times editions.) [Malay Mail (Kuala Lumpur, 1-22-2014]

The convenience beverage market got jumbled recently when, first, Oregon-based Union Wine Company announced in November that it would soon sell its Underwood pinot gris and pinot noir in 8-oz. cans, and, second, the London department store Selfridges unveiled a champagne vending machine for New Year’s celebrations. (The French bottler Moet & Chandon offered bottles of bubbly behind glass doors for the equivalent of $29.) [The Oregonian, 11-25-2013] [Daily Telegraph, 11-15-2013]

Marketing Challenges: (1) “Does Germany really need a gourmet restaurant for dogs?” asked Berlin’s Bild newspaper. Regardless, the Pets Deli in the Grunewald neighborhood of Berlin offers servings for the equivalent of about $4-$6, either take-out or arranged in metal bowls on Pets Deli’s floor. Said owner David Spanier, lauding his upscale, healthful treats, reminded that, “Junk food is bad for animals.” (2) Around Tokyo, “idle boredom is an impossible option,” wrote Vice.com in December, as a reporter described a resort just out of town where one could swim in a pool of green tea, coffee, sake, or (the most popular treat) wine. “A giant bottle of merlot” spilled into a pond the size of a minivan, he wrote (while braving the Yunessun resort’s warnings not to drink from the pool). Though both-sex nudity is tolerated in Japan’s hot springs spas, Yunessun discourages it. [Agence France-Presse via Yahoo News, 1-3-2014] [Vice.com, 12-10-2013]

PREVIOUSLY: The Joy of Researching: A team of Czech Republic researchers led by Vlastimil Hart, writing in Frontiers in Zoology in December, reported that dogs (among a few mammals), dealing with a nature’s call, spontaneously align their body axis with the Earth’s magnetic field. To reach that conclusion, the researchers said they observed 70 dogs of 37 breeds during defecation (1,893 observations) and urination (5,582) over a two-year period. [Frontiers in Zoology, 12-27-2013]

If We Can Do It, We Should Do It: (1) ThinkGeek.com has introduced the Tactical Laser-Guided Pizza Cutter, at a suggested $29.95, for helping to achieve straight-line precision in those difficult four-cut (eight-slice) pizza formulations. (2) From the Japanese lingerie manufacturer Ravijour comes a bra whose front clasp can be locked unless its built-in heart-rate monitor signifies that the heartbeat is characteristic of “true love” (the “adrenal medulla” secreting “catecholamine”). (Ravijour said it is still testing the bra.) [Huffington Post, 12-3-2013] [New York Daily News, 1-27-2014]

Man’s BFFs: (1) The Battersea Dog and Cats Home in Fulham, England, admitted in December that a rescued Staffordshire bull terrier, Barney, had a ladies’ underwear-eating habit and that potential adopters should keep him away from laundry baskets. (In his first three days at Battersea, officials say, he “passed” knickers three times.) (2) The Cairns (Australia) Veterinary Clinic warned in December of several reports of dogs becoming addicted to licking cane toads (which notoriously protect themselves by a venomous secretion that can be hallucinogenic). One vet told Brisbane’s Courier-Mail of individual “serial lickers” treated for cane toad poisoning several times a year. [Get West London (Uxbridge), 12-19-2013] [Courier-Mail, 12-16-2013]

PREVIOUSLY: Who Knew That Racoons Were Easily-Offended? The UK’s Royal Society for the Prevention of Cruelty to Animals condemned a Pet Expo in Greenhithe, England, in October after reports emerged that a trainer had showcased “Melanie,” a racoon who rides a bicycle-like device, apparently to great acclaim. An RSPCA statement denounced the Expo for “degrading” a “wild animal” in such a “demeaning light.” [KentOnline (Medway City Estate, England), 10-29-2013]

Management Comes to the Terrorism Industry: (1) In November, the Army of Islam (Syrian rebels) announced, via a dazzling, full-function website, that it had job “vacancies” in the fields of graphic design, photography, printing, journalism, reporting, and media promotion and programming. The anti-Assad force already has a Facebook page featuring videos of alleged military victories. (2) Somalia’s coastal pirates, having peaked by 2012 in boat captures, may now be laying low only because of the familiar business problem of “inventory management.” A November analysis by Quartz (qz.com) showed the pirates with such a surplus of hijacked vessels (still with earnings potential) that they would likely wind those down before taking to the seas again. [BBC News, 11-6-2013] [Quartz, 11-11-2013]

Mumbai, India, has its share of Western-style financial advisors using computer programs familiar to Wall Street--but with the additional layering of “financial astrologers” who forecast successes and failures based on the alignment of the planets, among other indicators. According to a Business Week report in September, the Ganesha Speaks service (with inspiration by the elephant-headed Lord Ganesh, god of wisdom) claims 1,200 subscribers at the equivalent of about $80 a year. Said its founder, “Fund managers used to laugh at me.” During crises, he said, “I’m constantly crunching market and planetary data.” [Business Week, 10-3-2013]

A group of (legal) prostitutes in the Netherlands began a campaign in December to have their occupation officially termed so dangerous and physically challenging that they should be allowed (as soccer players are) to save in tax-free pension funds. They carry out “difficult physical work,” their lawyer said, and their careers are likewise short-lived--much better suited for the young. Furthermore, he pointed out, prostitutes are not able, post-career, to earn money coaching or by endorsements. [BBC News, 12-17-2013]

American health-care reformers routinely decry the inability of consumer-patients to compare prices of services to help drive down the costs. Two doctors, writing for the Journal of the American Medical Association in December, illuminated the problem by surveying 20 hospitals in the Philadelphia area. All fully disclosed the prices for parking in the hospital garage (and potential discounts were shown), but only three of the 20 would disclose their prices for routine electrocardiagrams ($137, $600, $1,200). [JAMA Internal Medicine, 12-2-2013]

In ubiquitous public relations announcements around Pittsburgh, Pa., the University of Pittsburgh Medical Center (UPMC) proudly points to its 52,000-person workforce delivering high-quality care. However, when the government sought to collect payroll taxes on UPMC, the company claimed it owed nothing because not a single employee actually works for UPMC. All 52,000 are, technically, on the books of UPMC’s 40-plus subsidiaries, and a UPMC spokesman told the Pittsburgh Post-Gazette in October that he not only did not know which subsidiary the UPMC CEO worked for but which one he himself worked for. (He also said he did not know how many of the subsidiaries paid payroll taxes, but a UPMC attorney said its arrangement is “widely practiced throughout the business community”). [Pittsburgh Post-Gazette, 10-22-2013, 11-11-2013]

Two 16-year-olds tried to pull off a street robbery at a housing complex in the Bernal Heights neighborhood of San Francisco in December, but one was arrested and the other is no longer with us. According to police, the victim cooperated fully with the two, but for some reason, one of the muggers fired his gun anyway. The bullet struck the victim (who was hospitalized but will survive), ricocheted off his face, and hit the shooter’s partner, who died at the scene. [SFGate.com, 12-27-2013]

Sounds like this guy knew exactly what he was looking for. From the Albuquerque Journal - Nov 24, 1937 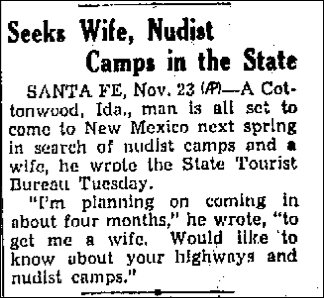 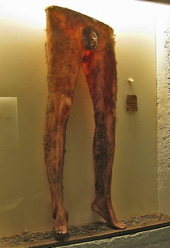 From what I can gather, Necropants are an ancient Icelandic (magical) method of obtaining money. Because perhaps if you're wearing these things people will pay you to keep your distance.

Here's the instructions for how to make them (from the Museum of Icelandic Sorcery and Witchcraft):


If you want to make your own necropants (literally; nábrók) you have to get permission from a living man to use his skin after his dead.
After he has been buried you must dig up his body and flay the skin of the corpse in one piece from the waist down. As soon as you step into the pants they will stick to your own skin. A coin must be stolen from a poor widow and placed in the scrotum along with the magical sign, nábrókarstafur, written on a piece of paper. Consequently the coin will draw money into the scrotum so it will never be empty, as long as the original coin is not removed. To ensure salvation the owner has to convince someone else to overtake the pants and step into each leg as soon as he gets out of it. The necropants will thus keep the money-gathering nature for generations.
[via Notes From a Funeral Director]