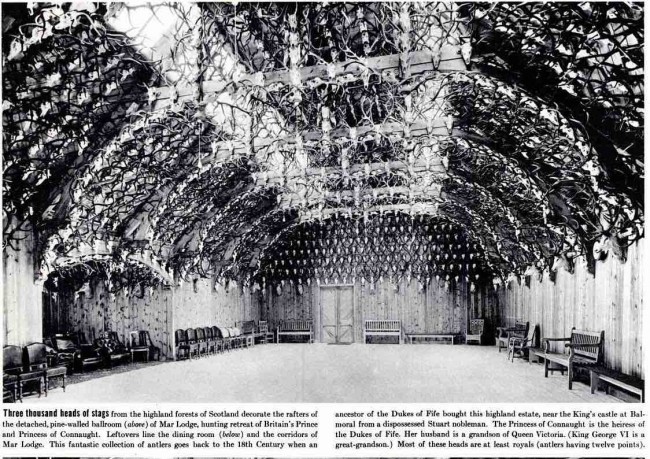 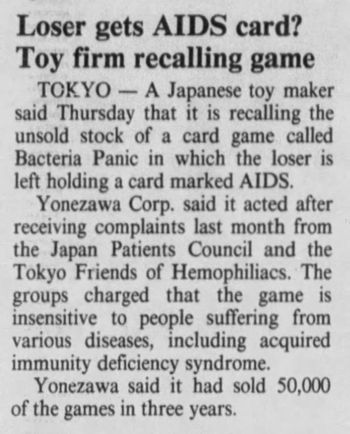 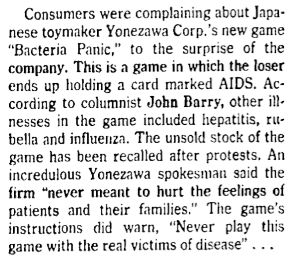 "But, Betty, I can't fit the corpse into the upright model so easily!"

Companies do all kinds of things to boost staff morale. They hire motivational speakers, have team-building exercises, give employees gifts, etc.

But the industrial psychologist Lawrence Zeitlin, in an article published in June 1971 in Psychology Today ("A little larceny can do a lot for employee morale"), argued that the most effective way a business could boost morale was by allowing its employees to steal a little from the company.

He argued that theft added to a sense of "job enrichment" by making the job more interesting. It gave employees a sense of satisfaction at getting away with it. Also, workers "often looked upon theft as a condition of employment." Furthermore, he noted, allowing the theft could be cheaper than installing elaborate security precautions.


Before its publication in Psychology Today the Harvard Business Review had previously turned down the article. It was, after all, a classic application of amoral Scientific Management techniques, and it offended the HBR down to its puritan roots. The interesting point is, however, that the control practices recommended in this article bear a close family resemblance to the working practices of Stalinism. Allowing theft, while keeping the rules against theft, certainly makes theft more thrilling, but it also opens up the way to arbitrary and discriminatory uses of power through the selective application of dead-letter rules. This is, of course, the first step in the destruction of the rule of law, and, in the long run, leads to the introduction of de facto totalitarianism. 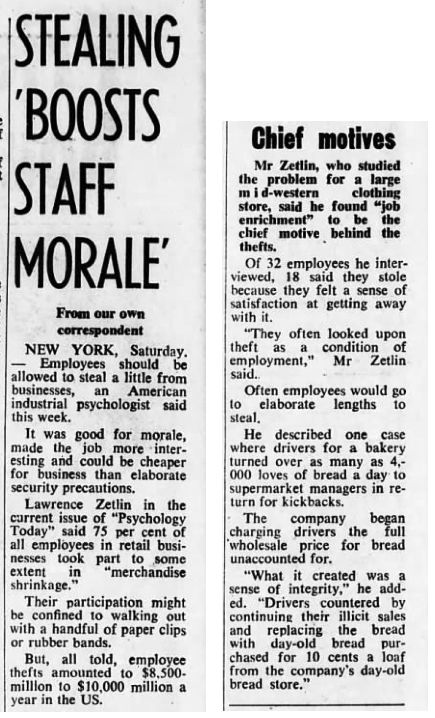 Your language lesson for the day.

In 1992, Mississippi State Coach Jackie Sherrill arranged for a bull to be castrated in front of his players before a game, as an "educational and motivational experience." Asked how it was motivational, Sherrill replied, "That's everybody's different perception."

His team did win the game. 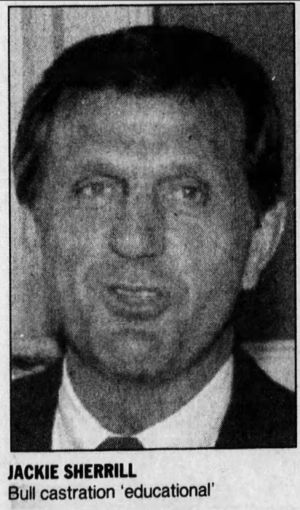 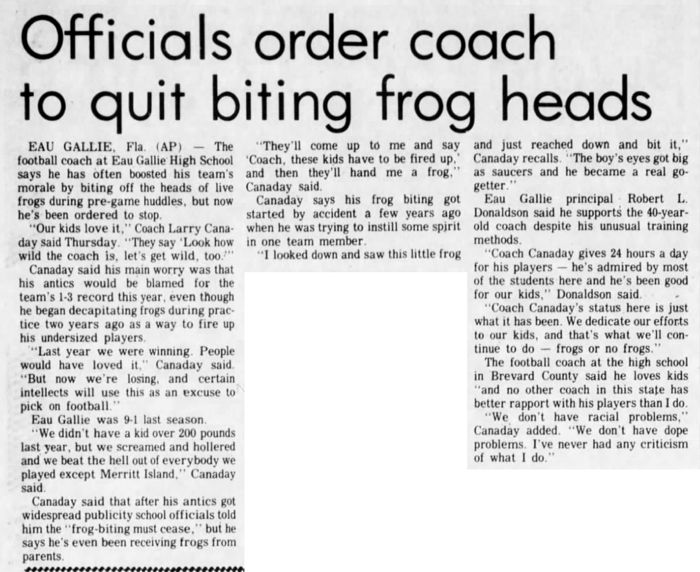 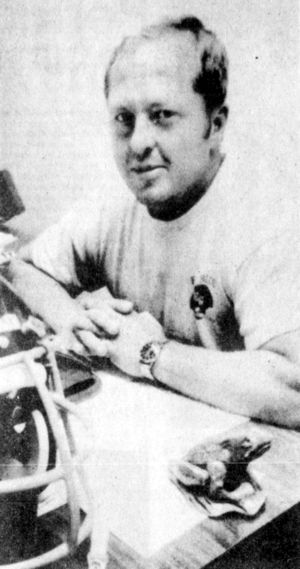 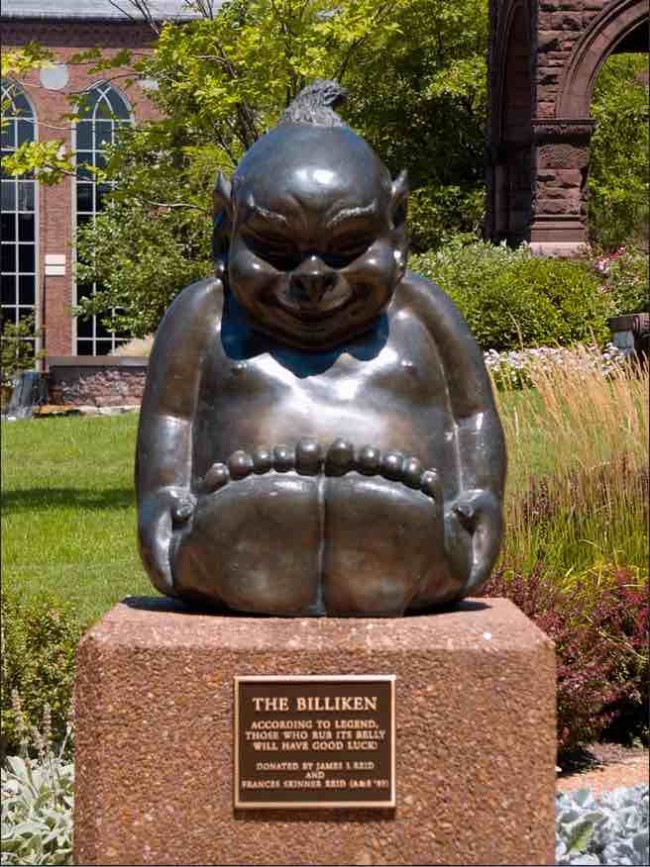 Researchers at University of Illinois at Urbana-Champaign announced they had recently (a first, they claimed) transmitted high-speed digital data through slabs of pork loin and beef liver. The signal cleared the muscle and gristle so cleanly that it permitted streaming of high-definition video--enough to watch Netflix, said the lead researcher. (Actually, the advance is crucial in that it allows a patient to swallow a transmitter and for physicians to monitor inner workings of the body in real time and externally control implanted devices such as cranial sensors and defibrillators.) [Engineering at Illinois press release, 4-18-2016]

Religious leaders associated with the Quiverfull ministry announced intentions for a November retreat this year in Wichita, Kan., at which parents will meet to plan “arranged” Christian marriages for their prepubescent daughters, to maximize the future couples’ childbearing potential--supposedly the number-one priority of all females. Quiverfull activist Vaughn Ohlman has written that female fertility is optimal during their teens (actually, just after age 12) and drops off in their 20s. The local district attorney, queried by the Wichita Eagle, said such marriages are legal as long as all parties consent--but Ohlman has maintained that the Bible does not require the bride’s consent if her father has given his. [Wichita Eagle, 5-5-2016]

The Daily Pakistan newspaper, covering the Anti-Terrorism Court in Karachi in April, reported that a judge in Courtroom III asked a constable if he knew how the grenade entered into evidence worked. Rather than assume that an explanation was requested, the constable pulled the pin to demonstrate, and the resulting explosion injured the constable, a court clerk, and another police officer. The constable is said to be facing severe discipline as soon as he recovers. [Daily Pakistan, 4-11-2016]

Great Britain’s prisoners claiming to be adherents of the ancient Celtic pagan religion are allowed, under rules from the National Offender Management Services, to be excused from jailhouse routines to celebrate four festivals, including (of course) the Festival of the Lactating Sheep. Although “Skyclad,” or naked worship, is forbidden, prisoners can wear the silver pagan ring (to avoid “distress”) and are permitted their own chalices, crystals, “worry beads,” pentagram necklaces, hoodless robes, and flexible twig-wands. [Daily Express (London), 4-14-2016]

An Israeli man (unidentified in press reports) petitioned the Haifa Magistrate’s Court recently for a restraining order against God, pointing out that the Almighty has exhibited (according to a May Times of Israel report) “a seriously negative attitude toward him,” especially over the previous three years. The judge rejected the petition even though God was not present to argue against it (or at least His presence could not be detected). [Times of Israel, 5-4-2016]

(1) In the latest ruling on a familiar theme, a court in Modena, Italy, ordered a father to continue paying living expenses for his son, age 28, who had meandered through a degree in literature but now has decided to seek another, in experimental cinema. (Almost two-thirds of Italians aged 18-34 still live with their parents.) (2) In Beijing, an elderly couple secured a court order in March forcing their 36-year-old daughter finally to move out after she had refused for years. The couple admitted to the Beijing Morning Post that they might have pampered her excessively over the years, even lending her the equivalent of $23,000 to buy a house. (Still, she stayed.) [Daily Telegraph (London), 4-27-2016] [Shanghaiist.com, 3-30-2016]

Gynecologists interviewed by the New York Times for an April report said they were baffled by the recent increase in teenage girls demanding cosmetic surgery on the external folds of their vulvas--since there is rarely a medical need and the safety of the operation on young girls has not been demonstrated. Some doctors called the “need” just an extreme example of teen girls’ beauty obsessions and suggested the presence in some girls of the psychiatric malady of “body dysmorphic disorder,” in which a person imagines or exaggerates a physical characteristic. (The phenomenon is different from the “vaginal rejuvenation” requested by older women, especially after childbirth, because that involves tightening internal tissue.) [New York Times, 4-26-2016]

(1) Houston’s KHOU-TV revealed in May that the French teacher at the Houston school district’s Energy Institute High School doesn’t speak French (but did take one year of it, in high school). (2) The Sheldon school district near Houston admitted in May that a 7-year-old student at Sheldon Elementary had written her own successful “please excuse Rosabella early” note (using lettering typical of 7-year-olds) and was allowed to go home instead of attending her after-school program. (3) School police at Christa McAuliffe Middle School in Houston threatened to arrest a 13-year-old girl during the last school year because they were unaware that the girl’s $2 bill (cafeteria payment) was valid U.S. currency. [KHOU-TV, 5-3-2016] [KTRK-TV (Houston), 5-3-2016] [KTRK-TV, 4-28-2016]

(1) In April, police in Brighton, Ontario, responded to what was reported by neighbors as a domestic dispute, involving shrieks like, “I hope you die!” They found only a man “arguing” with his pet parrot (who the man said, was “beaking off” at him). No arrests were made. (2) Kayvon Mavaddat, 28, was arrested in Natick, Mass., as police enforced three arrest warrants. He had been on the loose until May 6th, when he politely (inadvisedly) held open a door at Natick Mall for a police officer who, in that brief moment, thought he recognized Mavaddat. Checking his cruiser’s computer, he found the warrants, went back inside, and arrested Mavaddat. [CTV News (Barrie), 4-22-2016] [Metro West Daily (Framingham, Mass.), 5-9-2016]

Timothy Trammell, 36, was arrested on several charges in Jonesville, S.C., in May after a sheriff’s deputy spotted him spray-painting a car that was not his. According to the deputy’s report, Trammell had just finished angrily painting “C-h-e-e-t-e-r” [sic] on the car (belonging to a woman, identified in a WSPA-TV report as his girlfriend). [WSPA-TV (Spartanburg), 5-9-2016]

(1) In April in Oslo district court, Norway’s most notorious terrorist, Anders Behring Breivik (77 killed in 2011), prevailed in his complaint against prison treatment and was awarded the equivalent of about $41,000. The prison (part of a system generally regarded as the world’s most inmate-friendly) was found to violate Breivik’s human rights by restricting his outside contacts and excessively restraining and strip-searching him. (He had also complained of poor food choices.) (2) The Veterans Affairs hospital in Tomah, Wis., among the system’s most troubled (in personnel issues, falsifying reports, and overdependence on patient opiod use), is reportedly working on a “100-day plan” for reform and recently posted a job opening--for interior decorator ($77,000 position, doctoral degree) to, presumably, improve everyone’s attitude. [Washington Post, 4-21-2016] [Daily Caller, 4-27-2016]

Fine Points of the Law: In February [2012], a jury in Thousand Oaks, Calif., acquitted Charles Hersel, 41, of child-molestation. Though Hersel admitted through his lawyer that he had paid high school students to spit in his face and yell profanities at him, and had offered kids money to urinate and defecate on him, jurors found that, regardless of why he felt the need to do those things, it must not have been for reasons of "sexual gratification" and therefore, technically, was not a violation of the particular law under which he was charged. [KTLA-TV (Los Angeles, 2-21-2012]

Thanks This Week to Dan Bohlen, Greg Hoggarth, Stan Kaplan, and Robin Daley, and to the News of the Weird Board of Editorial Advisors.