Nano technology is on the way. Tiny, self powering machines capable of doing everything from repairs inside our bodies to spying and surveillance over long distances. First generation is here already. 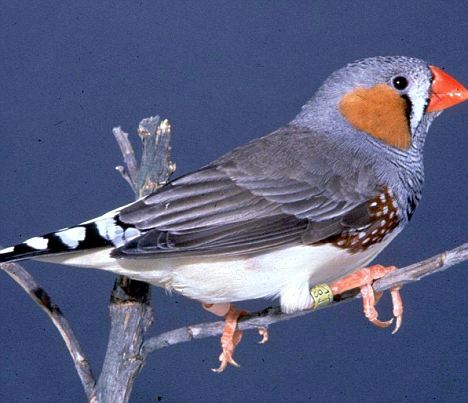 A post office in Alaska has an unusual problem. A pair of eagles have nested nearby and hatched their chicks. Now the new parents are dive bombing postal customers for coming too close to the nest when entering and exiting the building. Guess they'll have to use e-mail or an umbrella.

Here's a new idea for the next episode of CSI, hack into someone's pacemaker or insulin pump and OD them on insulin or cause a heart attack. Sound far fetched? Well, security on these devices is becoming a concern. There have even been experiments on controlling a device that is not implanted which have been successful. Just more proof that we are the most brilliant and the most savage species on earth.

Agent Fresco "In The Dirtiest Deep Of Hope" Music Video (2011) from Bowen Staines on Vimeo.

My god, bring back the Eastern European rappers!

Learn more about the band (why?) here.

. . . being the second of four consecutive weeks in which Yr Editor knows for sure that, due to time constraints, he has left some good stories on the floor (but promises they'll eventually make their way into the regular News of the Weird).

Arriving, Inevitably, at No One's Destination: It turns out that the town council and the board of education in Wethersfield, Conn., spent at least $634,140 over 18 months (likely much more) to deal with an ethics dispute involving a $400 course that the then-chair of the board of education charged to the government. (The course, taken by the chair's son, would have been authorized if the kid had been a student, but he had already graduated high school a month or two before and apparently wanted to re-take the course to get a higher grade.) As you might guess, most ($407,000) was for lawyer fees. Hartford Courant

We've Been Doing It the Hard Way: China's Agricultural University in Beijing says they've genetically modified a herd of 300 cows to give . . human breast milk (sweeter than cow milk and with all the urchin-enriching strength as if it came from our own lovely flesh-and-blood milk machines). Sky News (London)

Least Competent Legislature: A couple of weeks ago, Tennessee passed an overbroad law that would criminalize sharing any of your paid passwords (no cheating! buy your own subscription!), and last week the legislature made it illegal to Internet-post any image likely to "frighten, intimidate, or cause emotional distress" to anyone, including people you never even heard of and never wanted to see your stuff, anyway. ArsTechnica.com

A UK woman who is a leading support-grouper for "limb deficient" people, campaigning to buck up their self-esteem, announced her dismay last week that her Internet postings were also gaining popularity . . among sexually-delirious amputee fetishists. BBC News

You've heard of South American prisons where certain inmates get privileges (appliances, conjugal visits, etc.), but you've never seen anything like the San Antonio prison on an island off Venezuela, where the country's drug traffickers do hard time: four swimming pools, barbeque and drinks poolside, air conditioners, DirecTV, an armory ("I've seen guns in here that I've never seen before," said a former British soldier-smuggler), regular cockfights for gambling, and drug sales (to prisoners but also to visitors, who go there to buy, knowing that guards search going in but not coming out). New York Times

Enjoy a segment of one of the most-parodied poems in English.

I wonder what the official attitude of Native Americans is these days to Longfellow's work?