What well-known contemporary band is also named for a character from a cartoon, like Crabby Appleton were? 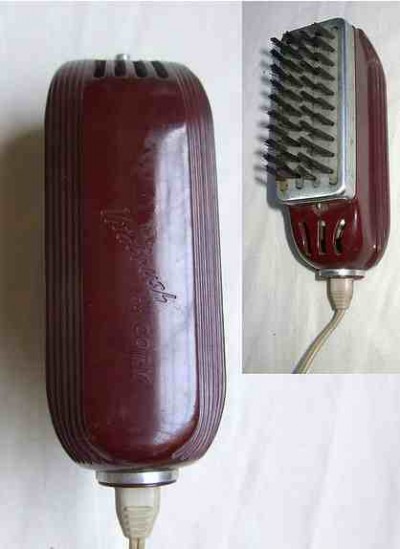 A letter carrier is frightened by a neighborhood dog. Mail delivery is stopped for the block the dog is on until the situation is resolved. Fair enough, but of course that is not the whole story, or it would not have found its way here. The frightening dog was a chihuahua and letters were delivered to the neighborhood during the 3 day mail cessation identifying the name and address of the owner of the dog to the entire neighborhood. The family gave their little dog away and now that the letter carrier feels safe mail delivery has resumed. Oh and the same people have a pit bull but there has been no complaint about that dog. 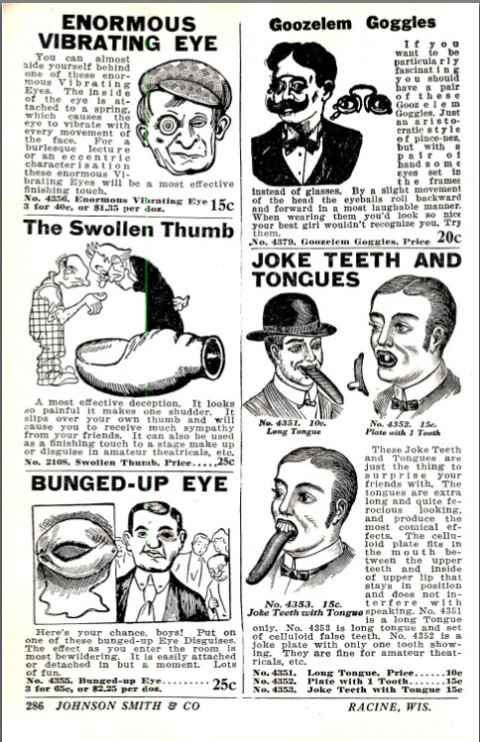 I will be extracting from two catalogs: one from an indeterminate year of the 1930s, and one from the year 1950. 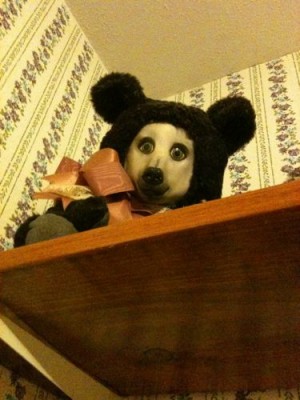 This new book definitely ties in to a thread on WU!

You hear the stories every year of children left in hot cars and dogs left in hot cars. Well, Miami police hit the jackpot for that particular offence on Monday. Upon being alerted to strange noises from inside a parked van police arrived and opened the vehicle. To their surprise there were a total of 21 animals in the van. Eight roosters, four guinea hens, four pigeons, four goats and a duck, no partridge apparently the pear tree didn't fit. One of the goats was dead, animal control took in the rest of the animals. The real animals in this, the two men who parked and left the van, were arrested when they returned to the parking spot. They are being held on $110,000 bond each. Just lock 'em in a Department of Corrections van in the parking lot till trial.

Hey, groovester, if you dig this song, you can watch the whole film below!