Browsing through the great selection of Weird Al on You Tube reminded me I need to laugh every once in a while.

This classic has a great psychodelic encounter at 2:10 until Al arrives in the stomach of the dinosaur.

Twins are two babies one pregnancy. They share mom's uterus from conception till birth. A Florida woman recently gave birth to a set of twins that did not share the same uterus, due to mom's unusual medical condition. The Mother has what is called didelphys, the presence of 2 uteruses. Her first pregnancy resulted in a single birth but with her second pregnancy she over came incredible odds against it and carried a child in each womb. The children, one boy and one girl were born healthy at 36 weeks by c-section.

Expensive For A Used Car What is the purpose of this mysterious electronic box?

Maybe if you see its inventor, all will become clear. (Corner of box in background.) 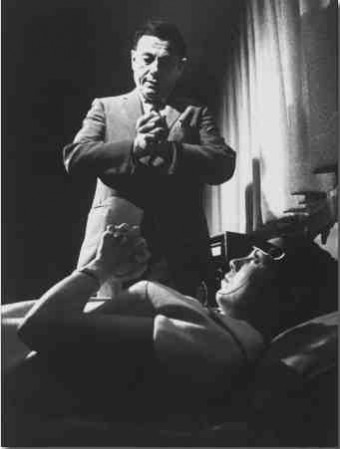 No? You'd better go beyond the jump!

A New Mexico man has plead guilty to giving a woman shopper at the store where he was employed a semen tainted yogurt sample. Unfortunately for the man his target recognized the non-yogurt flavor, spit the stuff out on the floor and called police. Police collected the yogurt mixture the woman spit out as well as a piece of her clothing that she wiped her mouth on. Both tested positive for semen and the DNA was a match to the worker as well. Hey, what did he expect, a man with a much more important job than his got into trouble over DNA on a garment.

Whale of a Photo

What a great place to get this picture!!

It makes for a whale of a tale!! 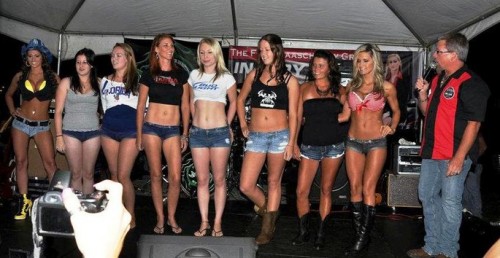 At Bike Fest, held in Plant City, Florida, a Daisy Dukes contest was held. A local man who has a website about the city was appalled by this type of contest being held at what is billed as a family friendly event. If this appalls anyone in this day and age then they probably should not walk down the street, go in a store or even go outside, especially in Florida where it is warm all year round.

In honor of Mr. Jobs.

I hate it when the table disappears!!

I think the people who do these "Just For Laughs" videos have way too much fun!!